6 myths about dinosaurs that still confuse many people

Our knowledge of dinosaurs has come a long way since the first of these creatures was described in scientific literature in the 19th century.

But, to this day, paleontologists are still trying to dispel myths about these first inhabitants of our planet.

The task has been made more difficult by inaccurate portrayals of dinosaurs in popular culture, including the hit “Jurassic Park” movie franchise.

These are some of the misconceptions that still persist.

1. Did all dinosaurs die from an infamous asteroid?

About 66 million years ago, the dinosaurs had a bad day: a large asteroid, estimated to be about 10 km in diameter, directly hit Earth. The impact, which left a huge crater buried beneath Mexico’s Yucatán Peninsula, created a mass extinction event.

However, scientists say that “only” 75% of the animals on Earth have become extinct. And some dinosaurs were among the survivors. 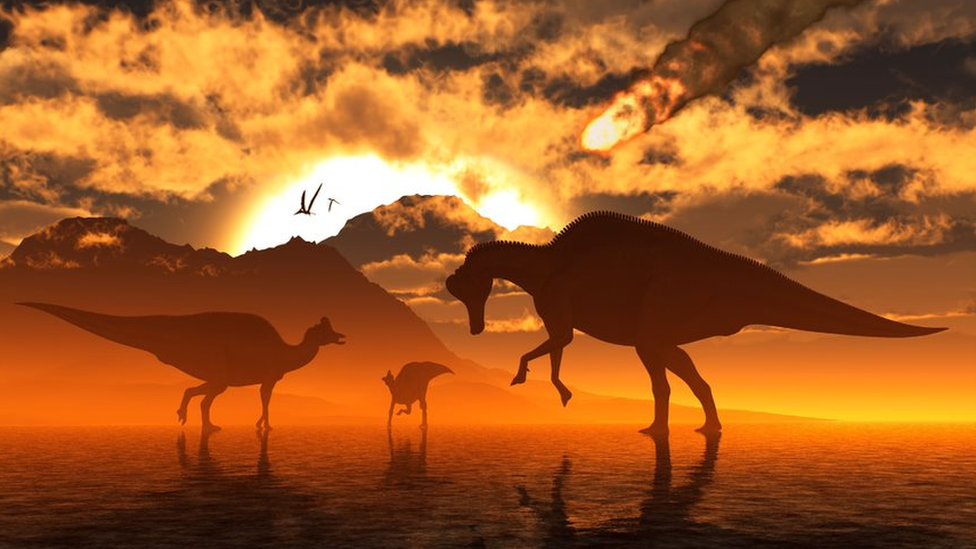 It was all over for the dinosaurs the day the asteroid hit, right? (Photo: .)

“Although many dinosaurs died when the asteroid collided, in reality a significant group of super-small and feathered dinosaurs made it through and we still see them today,” Professor Paul Barrett, a paleontologist at the Natural History Museum in London (NHM), tells the BBC. .

“Birds are direct members of the same group that dinosaurs belonged to.” 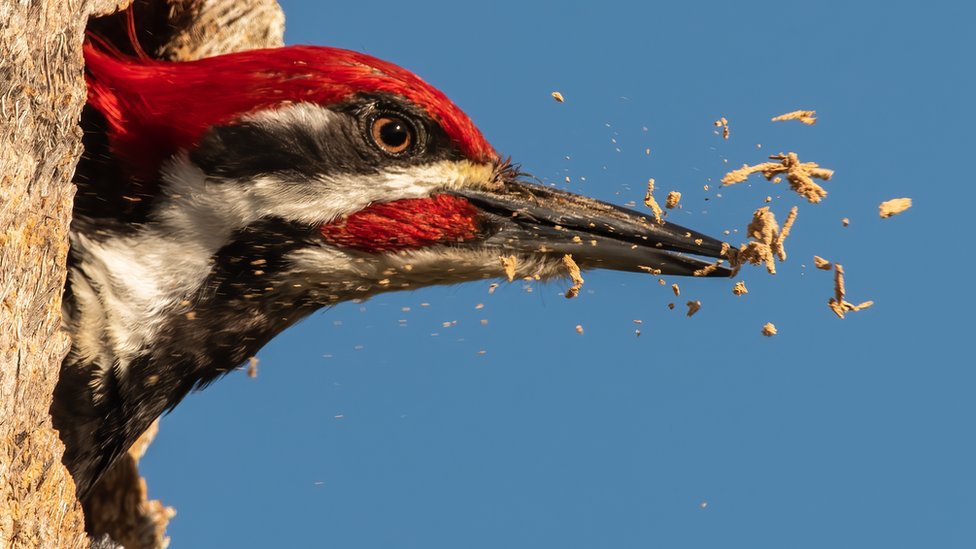 Avian dinosaurs, which evolved into birds, survived the devastating impact of an asteroid that wreaked havoc on Earth 66 million years ago. (Photo: .)

“They are living dinosaurs and in terms of the number of living bird species, there are more species of dinosaurs today than there were 66 million years ago.”

2. Could you hide from a Tyrannosaurus rex by staying still?

Tyrannosaurus rex is the protagonist of the first film in the hit film series “Jurassic Park,” released in 1993, and in which he terrorizes humans in several memorable scenes. 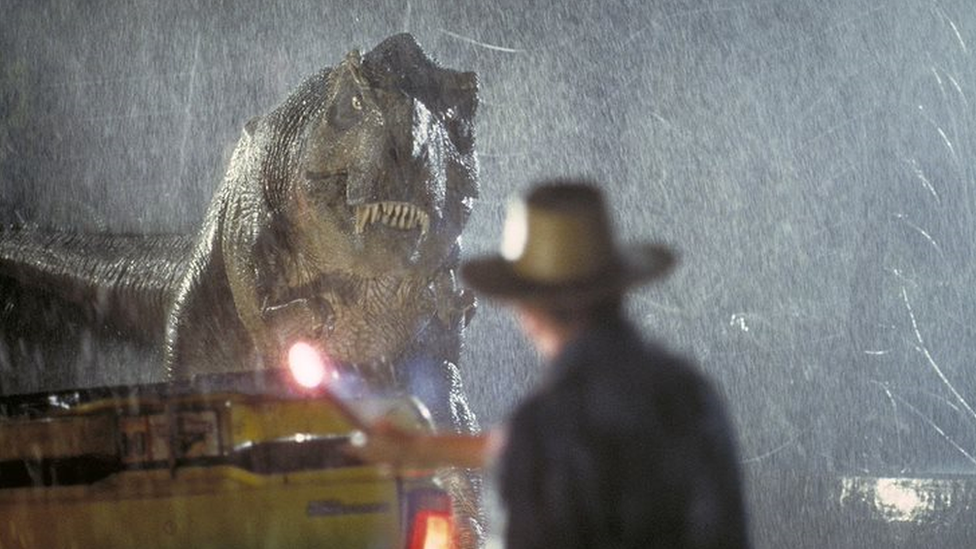 A study from 15 years ago suggests that the T-Rex probably had the best vision of any animal ever. (Photo: .)

However, the film portrays the T-Rex as a weak-eyed beast that could only detect its potential prey when it moved.

In nature, such a trait is present in animals such as amphibians, but Barrett says this was not the case with these predators.

“Dinosaurs were likely to have much more visual acuity. A study from 15 years ago suggests that the T-Rex probably had the best vision of any animal that ever lived, “he says.

“Standing still in front of a T-Rex would probably be one of the dumbest things you could do.”

3. Could a Tyrannosaurus rex run faster than a moving car?

Similarly, the film includes a scene in which a T-Rex leaves behind a moving vehicle.

In fact, some old studies estimated that this formidable predator could run at up to 50 km per hour. The latest and most advanced drills suggest a much slower pace, around 20 to 29 km per hour. 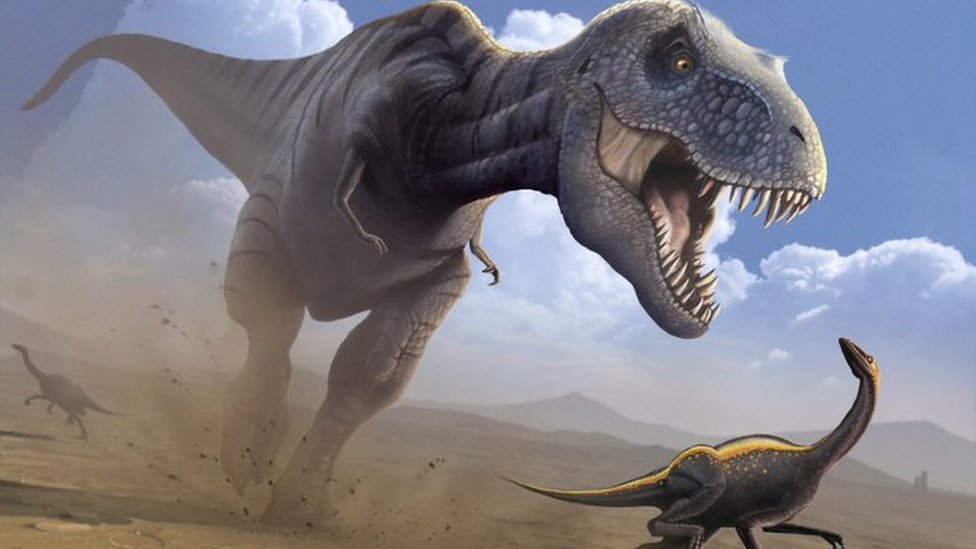 The Tyrannosaurus Rex could run, but not as fast as the movies suggest. (Photo: .)

“It’s also important to note that one thing is the maximum speed you can reach and another is the speed at which you can comfortably run the longest,” says Mariana Di Giacomo, Curator of the Peabody Museum of National History at Yale University. , in United States.

“Marathon runners don’t run as fast as sprint runners and sprints are very short because maintaining such a high speed for longer periods is difficult on our bodies,” says Di Giacomo.

“Maybe the T-Rex could run fast for short races, but this would not have been enough to outrun a moving car,” he adds.

4. Is it possible to clone a dinosaur?

The T-Rex left this world tens of millions of years before the dawn of our species and it is unlikely that we will meet again anytime soon. Contrary to the central premise of “Jurassic Park,” scientists insist that dinosaurs cannot yet be cloned. 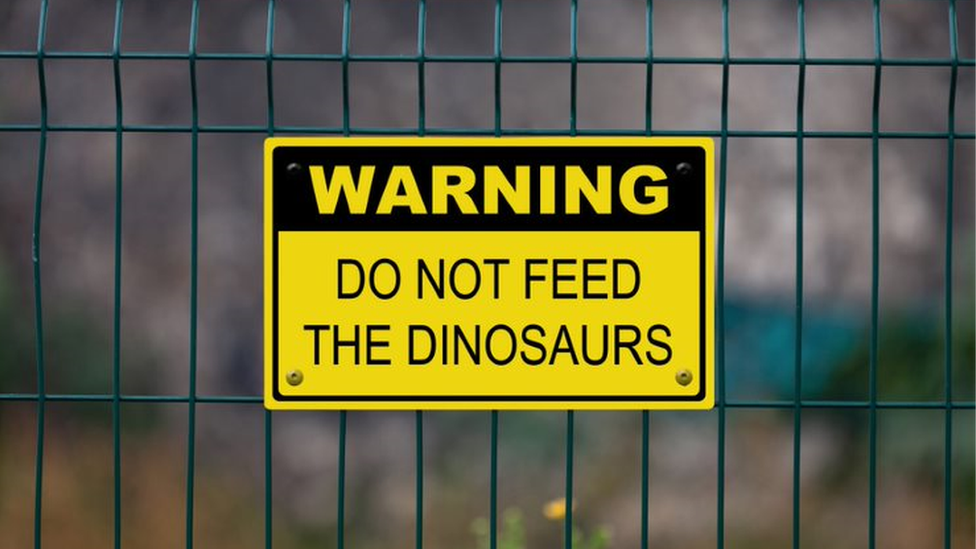 There are several practical obstacles that prevent us from cloning dinosaurs. (Photo: .)

The main reason is that dinosaur DNA does not age well.

“As far as we know, it doesn’t survive for long,” Barrett explains.

“The oldest DNA that we know of in the fossil record is around two million years old. And that DNA is fragments of bacteria, soil, fungi and things like that ”.

In animals, the oldest available genetic data is for creatures that died 50,000 years ago, Barrett illustrates.

“We won’t have DNA from any other extinct animals or plants until we get much closer to our time.”

“So, I’m quite skeptical about it,” he concludes.

“The cloning of species that are so far away from us in geological time is very complex because there are too many unknown variables.”

“Movies like” Jurassic Park “and” Jurassic World “show us all the reasons not to do it since they focus on the consequences that humans would suffer. And there is not much talk about the cruelty of bringing these animals back to a world that is nothing like what they would have seen in their time, ”he emphasizes.

Di Giacomo explains that technological advances have given scientists more resources to understand how dinosaurs lived and behaved. 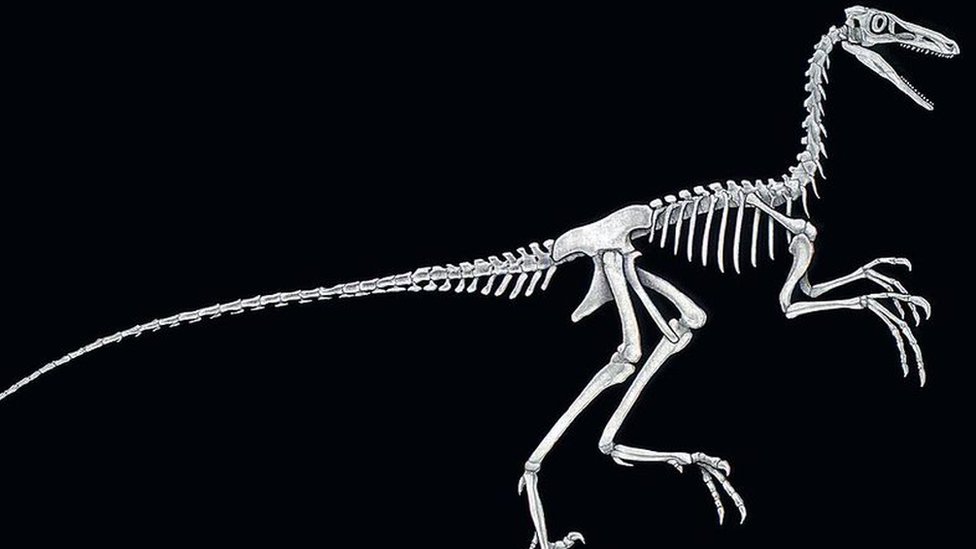 Small carnivorous dinosaurs like the Troodon are believed to be very intelligent. (Photo: .)

“They were as smart as they should be for the world they lived in.”

Professor Barrett adds that some dinosaurs were “actually quite intelligent,” referring to the smallest ones that ate meat.

“Some of them could have been active at night to avoid competition with larger animals. If so, you obviously need a bigger brain to deal with the additional information you need, as well as better senses of hearing, sight and smell. “

For more than a century, dinosaurs were believed to be lonely and brutal, not actually “practicing” parenting. Then, in the 1970s and 1980s, new discoveries revealed that they had more complex social behavior.

A herbivorous dinosaur, believed to have lived 77 million years ago, has been named Maiasaura, which means “good mother lizard” in words of Greek and Latin origin. 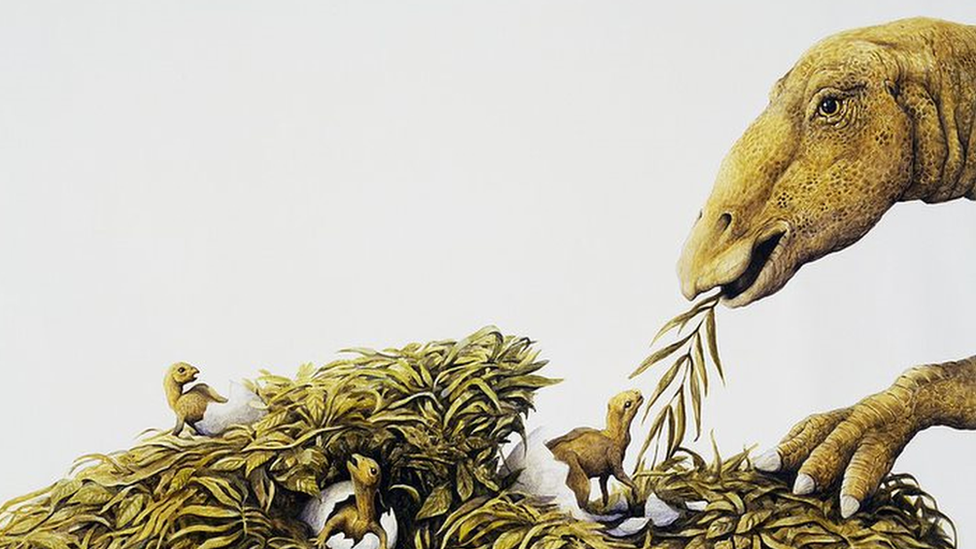 The Maiasaura earned its name due to evidence of “good parenting.” (Photo: .)

A more recent study, published in the journal Scientific Reports in October this year, went even further, suggesting that dinosaurs that lived 193 million years ago organized into herds and fed their young.

“These days we have a better understanding of dinosaurs and we know that at least some of them were good parents,” says Professor Barrett.

“Yes, there were others who were not.”

For his part, Di Giacomo mentions other cases of dinosaurs that “took care of their own.”

“There are other species that have been identified as having a parental side and that includes predators like Allosaurus,” he says.

“In fact, there is a dinosaur, Citipati osmolskae, which has been given the nickname Big Mama because it was found in a melancholic position on its eggs.”

Remember that you can receive notifications from BBC Mundo. Download our app and activate them so you don’t miss our best content.

Investigators believe that Johnny Peterson, who was 19 at the time of the event, was the one who killed Bryant....