“Our community cannot wait any longer and we hope that this Administration is prepared from day one to propose an immigration reform that is inclusive of all the communities that are also suffering from this pandemic.”

Manuel Castro, executive director of New Immigrant Community Empowerment (NICE) does not want Joe Biden’s government to lose a minute after being sworn in as the new US president on the 20th. Castro and other lawyers for the pro-immigrant movement in New York want see results in 100 days.

The director of NICE spoke on Friday together with lawyers, organizations such as the New York Immigration Coalition and other allies to demand that the government of Donald Trump and his adviser, Stephen Miller, have done with the country since 2016 be undone, especially when has supported the new administration with the vote.

The immigrant community has supported the Democratic nomination with their vote and it is time to make their voice heard. “We have done our part and now we have to fix the immigration system,” explained Murad Awawdeh, co-director of NYIC. Dismantling the Trump legacy is the priority but it is not enough. “Meaningful transformation requires more than going back,” Awawdeh explained.

These organizations ask the next chief executive to put an end to the so-called Muslim ban, which makes it difficult for nationals of several countries to enter the country and limits the possibility of asylum. In line with this, the end of other travel and entry bans is demanded in addition to the restoration of the refugee program. Trump has cut the influx of refugees to a maximum of 15,000, the lowest number since the 1980s. Biden has promised to raise this quota to 125,000.

Additionally, an immediate moratorium is requested on all actions by immigration authorities, including deportations, detentions, and arrests.

Immigrants and their attorneys call for the DACA and TPS program to be reinstated and expanded in addition to creating a path to citizenship for 11 million people who are still in the shadows and for four years have lived with the anxiety of having migrants lurking .

Castro affirmed that after these years the immigrant communities are tired. “The Democrats have to answer to our community, because their failure to reform immigration a decade ago has resulted in the separation of thousands of families, children have been put in boxes and millions are experiencing a historic pandemic without support. ”.

“Many die sick and go hungry,” said the director of NICE, referring to the health and economic damage that COVID is causing among immigrants.

The director of NICE explained in a video conference that there is no time. “They don’t tell us that we have to work on the legislation because they have worked on it for decades and if they don’t have a proposal in New York we have one, no more excuses, no more delays.” 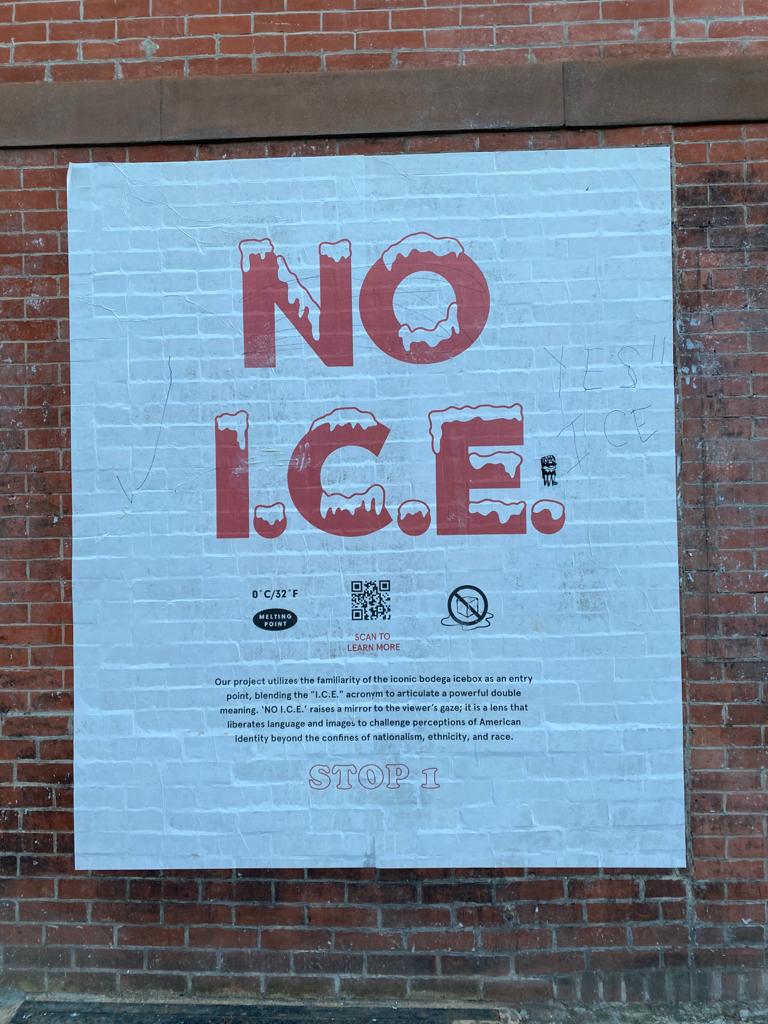 Detail of a campaign with posters in Brooklyn in support of the dismantling of the migra./El Diario

In the same videoconference, attorney Juliana Pérez Calle, a lawyer specialized in serving people in deportation proceedings explained that what they ask of the Democratic leaders of Congress Chuck Schumer, Nancy Pelosi and the future President Biden is to dismantle “ICE and all the deportation machinery ”.

“At this time we call for an immediate moratorium on deportations and detentions practiced by ICE and we ask that all detained immigrants be released immediately,” demanded this lawyer.

Nyasa Hickey, Director of Immigration Initiatives at Brooklyn Defender Services explained that it is necessary for the immigration system “to recognize the humanity of all people and to echo the values ​​of equal justice and due process for all.” This lawyer thinks that we must go beyond human rights violations by Trump on immigration issues and we must eliminate the simple and false narrative that there are good and bad immigrants.

In addition to joining Pérez Calle’s requests regarding the moratorium on deportations, Hickey explained that ICE’s budget should be reduced, offer universal access to lawyers to immigrants who may be deported, and “separate the criminal system from the immigration system.”

“We are prepared to fight for our families and for our communities as we have never been before,” said Manu Castro, from ICE, “no more delays, no more excuses.”