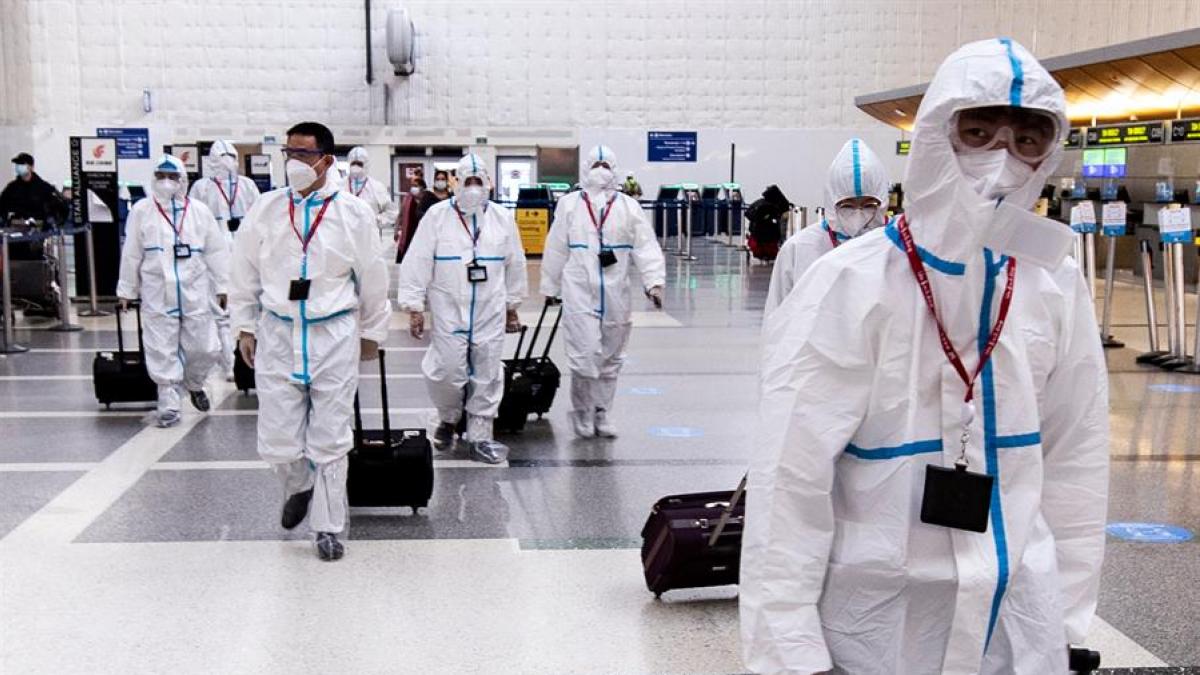 Moncef slaoui, Chief Advisor to the Operation Warp Speed (“speed of light”), designed by the US to accelerate medical solutions to the pandemic, predicted this Sunday that normality may begin to return between April or May next, when a large segment of the population has been vaccinated against the virus.

The official stated that it already exists “light at the end of the tunnel”But, in the meantime, he encouraged Americans to continue wearing face covers, maintain physical distance, and wash their hands.

“We can start to see some impact on the most susceptible people probably in the month of January and February, but in terms of the population, so that our lives begin to return to normal, we are talking about April or May, “the official told CBS News about the forecast of the impact of vaccination.

The US Food and Drug Administration (FDA) will meet next Thursday to evaluate whether it approves the vaccine developed by the pharmaceutical company Pfizer and its German partner BioNTech.

A week later, on December 17, the FDA will again hold a meeting to weigh the emergency clearance in the United States that the manufacturers of another vaccine, Moderna, have requested.

On the scheduled date to make the first shipments of the doses, Slaoui anticipated that it will be done “the day after the vaccine is approved.”

“We are concerned about the people and behavior that is coming up at Christmas.”

“If the vaccine is approved on the 10th or 11th, the moment it is approved, shipments will begin. It should take about 24 hours to reach the different vaccination sites that the different jurisdictions and states have told us to send them. vaccines. And within, I would say, 36 hours after approval, potentially the first immunization could take place, “he said.

For its part, the coordinator of the White House working group against Covid-19, Deborah Birx, insisted this Sunday on the importance of wearing a mask and avoiding large groups, when the US is experiencing an expansion of the pandemic.

“It is very important that all people understand that the way this virus spreads is that if you are with someone inside without a mask, that is an opportunity for viral spread“Birx told the NBC News network and regretted that in their meetings with the communities there are those who repeat” like parrots that the masks do not work. “

The Secretary of Health and Human Services, Alex Azar, In an interview with ABC News, he expressed the government’s concern about the spread of Covid-19 and the increase in cases associated with the meetings for Thanksgiving and the upcoming holidays.

“We are concerned about the people and the behavior that is coming at Christmas, “said the official, who indicated that they want to make sure” that everyone’s loved ones are there next Christmas. “

America reached Saturday 14.5 million cases and 281,121 deaths, making it the country most affected by the pandemic in the world.