A statue in Budapest for the mysterious creator of bitcoin

It is an anonymous bronze bust in tribute to Satoshi Nakamoto, located in a technology park

The statue of Satoshi Nakamoto, the mysterious inventor of bitcoin..

The anonymous bronze bust peeks out from under the hood of a sweatshirt with the bitcoin symbol on it. It is the tribute inaugurated on Thursday in Budapest to Satoshi Nakamoto, the nickname of the mysterious inventor of this cryptocurrency.

The sculpture is located in a technology park in the capital open to the public, where the effigy of the founder of Apple is also on display, Steve Jobs, and an installation of Erno rubik, the Hungarian inventor of the famous cube of colors.

It was Andras Gyorfi, a journalist specialized in cryptocurrencies, who had the idea to erect a statue honoring Nakamoto and the “internet town”.

“In March, I investigated the links between digital art and blockchain,” a decentralized and protected information storage and transmission technology on which cryptocurrencies are based, the 38-year-old businessman explained to ..

“And I said to myself: why doesn’t Satoshi have the right to his statue in Budapest?”, He continued, defining the mysterious man as “an emblematic figure” who transformed finances.

To save the anonymity of the creator of the bitcin, the sculptors designed a mirror-like face in which “anyone can recognize themselves”. 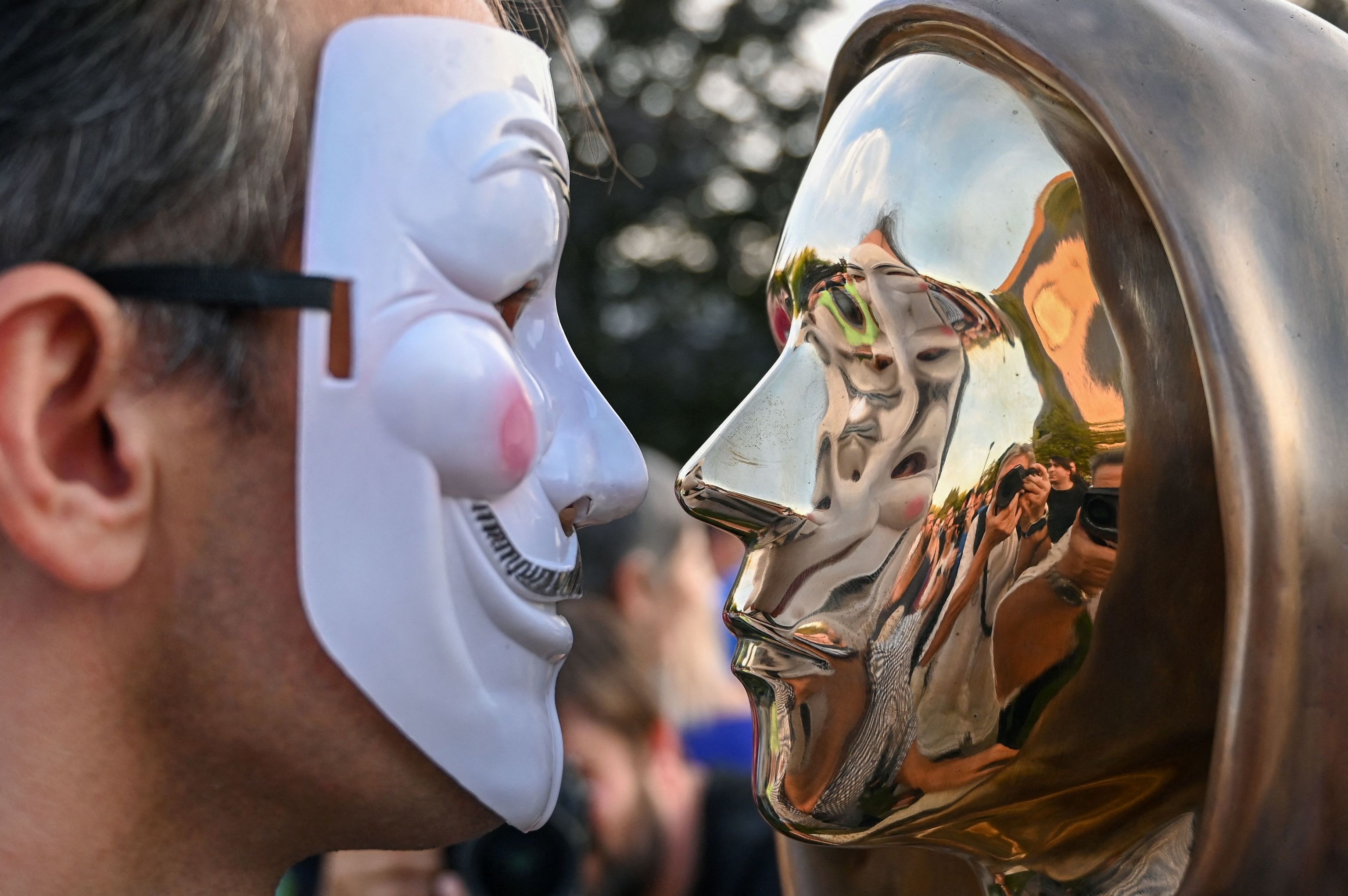 An attendant wearing a Guy Fawkes mask, standing in front of the statue of Satoshi Nakamoto, the inventor of bitcoin.

The initiative, presented as “indita”, was financed by four companies Hungarian industry.

Born after the financial crisis of 2008, this cryptocurrency initially promoted a libertarian ideal and aspired to overthrow traditional monetary and financial institutions.

On October 31, 2008, the founder’s white paper after the pseudonym Satoshi Nakamoto was published on the internet. Thirteen years later, his identity remains unknown.

In the eight-page document, Nakamoto defines the basis of his cryptocurrency: “Make online payments directly from one third party to another. without going through a financial institution“.

Numerous cryptocurrencies have been born since then, with more than 11,000 in the market, according to the specialized website CoinMarketCap.

In early September, El Salvador became the first country in the world to introduce bitcin as legal currency.

Updated on Wednesday, 20 October 2021 - 13:36Between July and September, Netflix added 4.38 million subscribers, compared to the expected...

What mistakes to avoid when appraising a home for sale

HELPMYCASH Updated Wednesday, October 20, 2021 - 12:00Selling a home requires several actions and one of the most important is...

VCTOR MARTNEZ Updated on Tuesday, October 19, 2021 - 18:32The electric companies allege that the RDL of measures to contain...