The entertainment world once again dressed in mourning, after the death of actress Lupe Vázquez, considered one of the most talented Mexican stars in matters of comedy, was known.

The artist died at the age of 75 in Aztec lands, according to People in Spanish.

The aforementioned publication assured that the death of the actress was announced by her son, who used his social networks to report the sad news.

She is my mother, the legendary Lupe Vázquez. Today he left to meet on that plane of the cosmos with his parents, his loves, and those affections that advanced him. Actress, comedian, songwriter, writer, teacher.

Fernando Canek, son of the actress, shared the painful moment he is going through,on his twitter, and as a way to honor her mother, she showed various images of Lupe’s life.

“She is my mother, the legendary Lupe Vázquez. Today he left to meet on that plane of the cosmos with his parents, his loves, and those affections that advanced him. Actress, comedian, composer, writer, teacher, ”Canek said on his Twitter account.

Later the son of the actress turned to his Instagram account, where he dedicated some beautiful words.

“I will miss you every second of my existence, and I will be grateful for every moment that life has given me by your side in 32 years… It was a privilege to be your son, and I hope I have honored you as my mother. I am your make, your design. I have only eternal love and gratitude for and for you. I love you”.

In that same social network, he shared several photos of his childhood days with his mother.

Lupe Vásquez’s son did not mention the cause of his mother’s death.

The actress had turned 75 in September of last year.

Lupe Vásquez became one of the most memorable and well-known faces in Mexican comedy shows, but without a doubt, the most emblematic was the nurse Paula, in the Mexican series El doctor Cándido Pérez.

Dr. Cándido Pérez – The Missing MillionaireDr. Cándido Pérez is a Mexican comedy series on the Televisa network between 1987 and 1993 and broadcast on El Canal de las Estrellas. Based on the original story by Abel Santa Cruz called Dr. Cándido Pérez, Señoras. In this series Jorge Ortiz de Pinedo, in addition to acting, was also the producer and director …2018-08-16T03: 14: 50Z

After knowing the news of the death of Lupe Vásquez, the messages of affection and sadness did not wait on social networks, among them precisely Ortiz de Pinedo, who dedicated a beautiful message to whoever was his great friend and stage colleague.

“Today my companion of theatrical, television, cinematographic and cabaret adventures left, the wonderful comedian, talented writer and extraordinary comedian Lupe Vázquez,” said the actor who gave life to Cándido Pérez, on his Instagram. “Together we enjoy Candido Pérez, La casa de la laughter, Until death do us part, White coats do not offend, Let the president not find out, Cándido by day and Pérez by night, Specialist in ladies. So much laughter, joy and good humor shared! My deepest admiration for my comadre, companion and best friend ”. 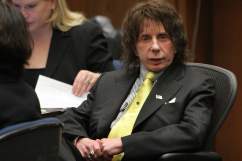