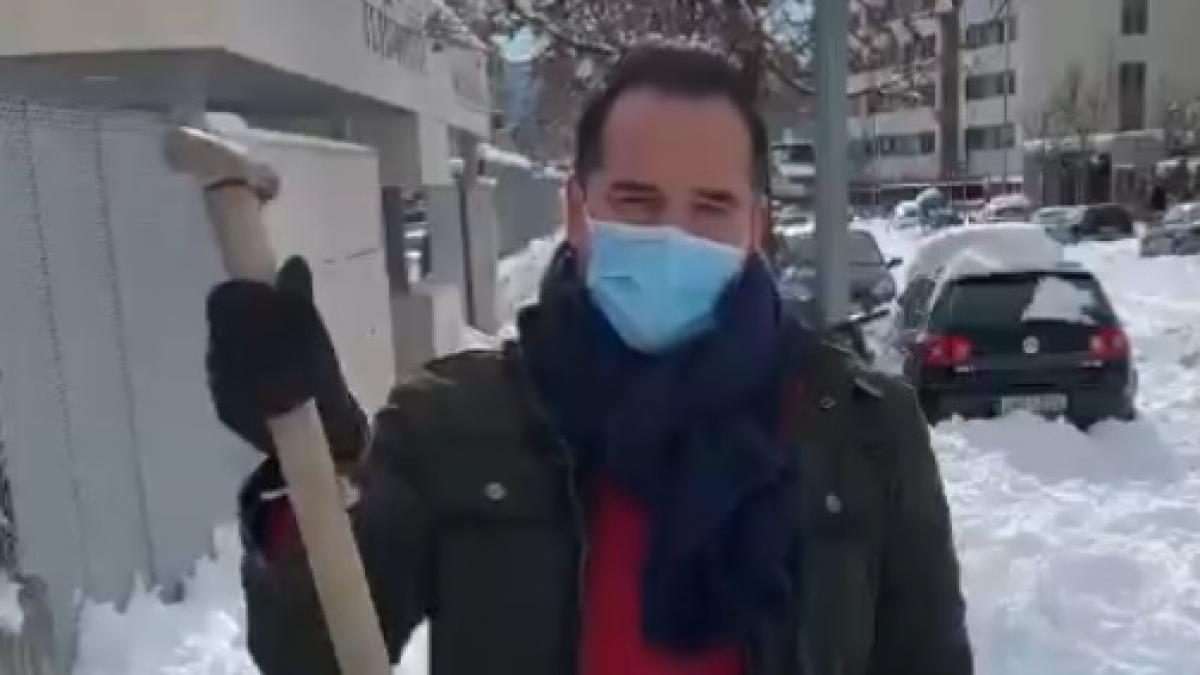 The vice president of the Community of Madrid, Ignacio Aguado, has encouraged the citizens of the region to grab a shovel and shovel the snow from the streets to open entrance corridors to schools, health centers and shops.

Aguado has published a video on social networks in which he appears with a shovel and encourages the people of Madrid to clean the entrance spaces of this type of centers because the snow that is not removed this Sunday “is going to turn into ice at night” given the forecast of low temperatures that are expected for this Monday.

“Cheer up and we will show that we continue to be a region and a people of solidarity. Let’s help our neighbors and the workers who are working morning, afternoon and night to clean the streets. Let’s go Madrid! “, Has settled.

Both Isabel Díaz Ayuso and José Luis Martínez-Almeidathey have also encouraged Madrid people to help clear the snow before the situation worsens.

“We get news of neighbors throughout the region who are collaborating in the removal of snow. Difficulties once again show us that acting together we are better. Thank you “, the president of the community thanked this Sunday.” It is important to remove as much snow as possible, a task in which we can all collaborate. “

If you have a shovel at home, I encourage you to help shovel snow to open safe entrance corridors to schools, health centers and stores.

It is the moment to show the solidarity region that we are by helping the workers who have been working day and night. #Go Madridpic.twitter.com/KILbXkleGE

We receive news from neighbors throughout the region who are collaborating in the removal of snow.

Difficulties once again show us that acting together we are better.