Pedro Castillo, from the Peru Libre party, addresses his followers in the main square of Tacabamba, in the department of Cajamarca (Peru) .Francisco VigoEFEThe portrait Pedro Castillo, a Castroite galloping in Peru

The slow counting of votes in Peru has consolidated what the fast count of Ipsos already advanced on Sunday night: the ultra-left teacher Pedro Castillo Y Keiko, the dictator’s daughter Alberto Fujimori, they would contest the ballot (the second round) scheduled for June. The distance that both maintain over the rest of the candidates makes it difficult for changes of position to take place in the final result, although the National Office of Electoral Processes (ONPE) will not officially confirm who the chosen ones are until the so-called observed minutes are reviewed.

Everything indicates that the second electoral round will be marked by extremism in a country that has proven to be very fed up with traditional politicians.

At 92.5% of the records processed, the flag-bearer of Peru Libre obtained 18.99% of the votes, compared to 13.32% of the leader of Popular Force. Castillo, who starred in two weeks of an unexpected rise in support among popular and agricultural sectors, conquered the majority in 16 of the 24 regions of the country, especially in the Andean regions, so far from the capital Lima. Teachers across the country were one of its main proselytizing engines.

The primary school teacher has not wasted a single day in search of support, and has already called for a broad consensus, which will be joined by Together for Peru, the party led by Verónika Mendoza, that obtained the sixth place with 7.8% of the votes. Their representatives recognized this Sunday the coincidences between both projects. 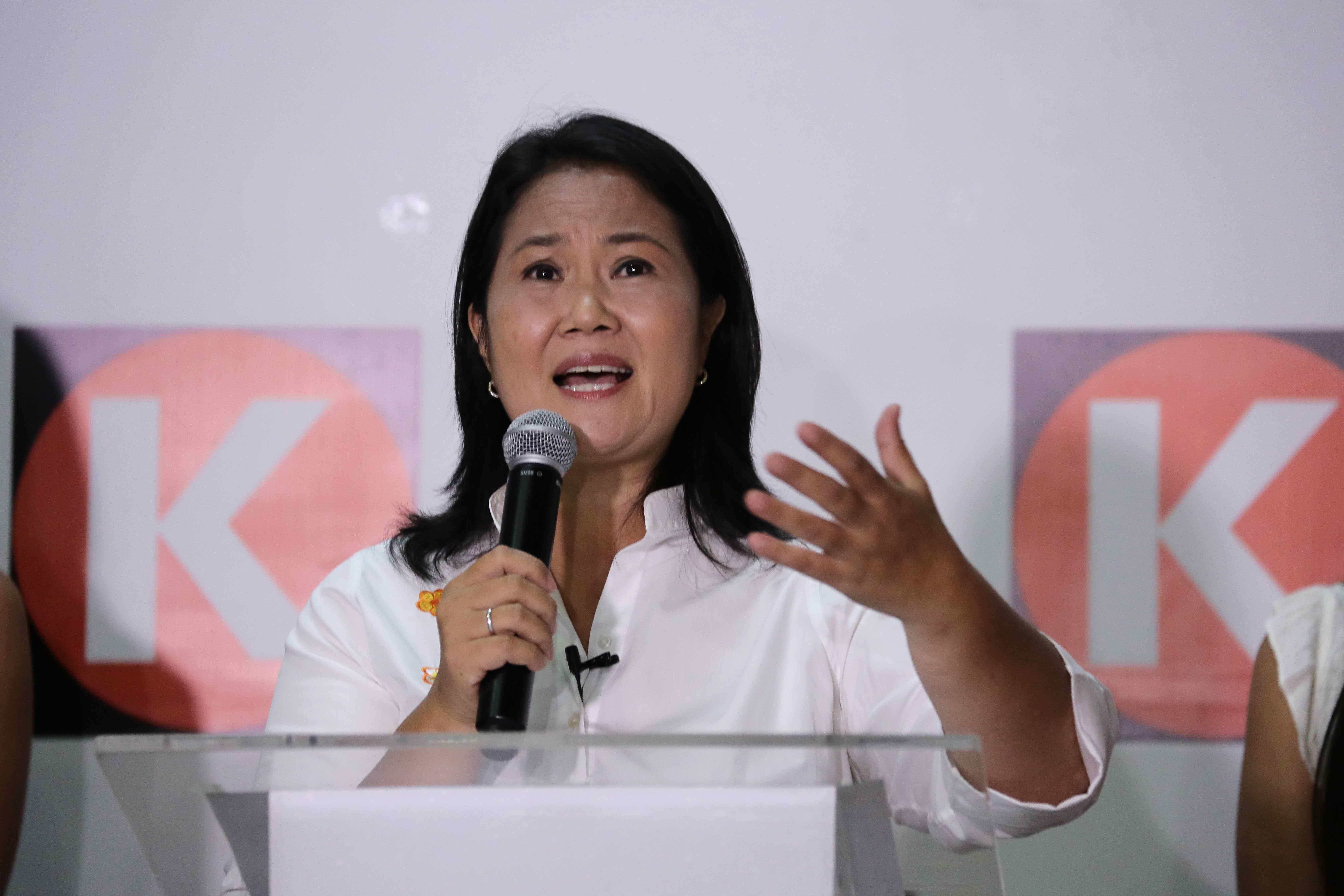 The candidate for the presidency of Peru for the Popular Force party, Keiko Fujimori.John ReyesEFE

The fragmentation of the vote caused by the 18 presidential candidates has ultimately favored Fujimori, a candidate of the maligned establishment on whom a possible sentence of up to 30 years in prison for organized crime, money laundering and obstruction of justice weighs. The political heir to the patriarch Alberto Fujimori, who is also in prison, has already spent 13 months behind bars. “Our battle is just beginning,” acknowledged the leader, who added that her main objective is “to rescue the country.”

In the 2016 elections, Fujimori fell to Pedro Pablo Kuczynski by just 40,000 votes in a heart attack finale. Once the leader of the PPK occupied Pizarro’s chair, the political crusher of presidents began: four different in a single legislature.

The possibility of two very controversial pardons also flies over Castillo and Fujimori: that of Antauro Humala, revolutionary military man who starred in the Andahuaylas riot, and that of Alberto Fujimori.

A short distance from Keiko remains the conservative economist Hernando de Soto (11.75%) and the bolsonarista Rafael López Aliaga (11.74%). On the same election night, the head of Fuerza Popular has already begun a process of political seduction with De Soto, which she intends to extend to other candidates from the right, such as López Aliaga himself.

In fifth position, it is located Yonhy lescano (9.12%), the candidate of Popular Action (AP), who for weeks led all the polls.

“We will see a class struggle” in the second electoral round, predicted the former governor Vladimir Cerrón, the controversial leader of Peru Libre, convicted of corruption and who was dismissed as second vice president of Castillo’s candidacy by the Electoral Board. Cerrón is convinced that Fujimori is the most accessible rival for his candidate.