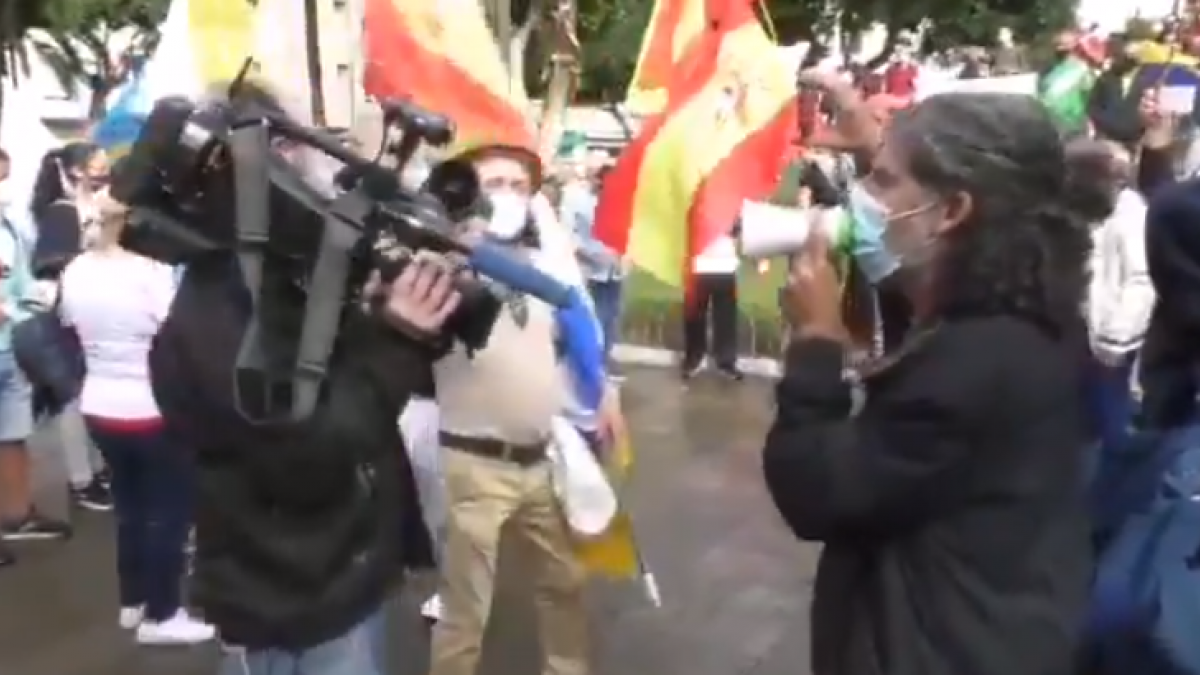 RTVE has denounced the persecution and the harassment suffered by one of its workers while covering, camera in hand, a demonstration in Las Palmas de Gran Canaria this weekend.

“Freedom of expression and demonstration cannot restrict freedom of the press and the right to information. Bullying is also violence. We ask that the harassment cease in order to report freely and safely, “lamented the RTVE News Council through a video on Twitter.

The recording captures the moment in which the protester tried to prevent a cameraman, whom chased through the crowd, do your job normally.

The assistant accused the Government and, specifically, President Pedro Sánchez, of “give 10 million euros to television to tell lies”.

“Are you going to let me work?” complained the public television worker, who received a resounding response: “If you do your job well, you tell the truth.” Likewise, the intermediation of a woman calmed the assistant’s anger, who, finally, took another path.