Jenni Rivera’s family is working on a biopic of the singer.

Today marks the eighth anniversary of Jenni Rivera’s mourning anniversary, so the Rivera family surprised the singer’s fans by commenting on the making of a biographical film that honors her outstanding artistic legacy.

“In the film we already have the scriptwriter, she’s a woman and we already have the producer. Now we are only waiting to choose the correct producer and the director who, based on the experiences he has working with different artists and stars, will choose the protagonist of the role of my sister Jenni ”, stated Juan Rivera in an interview with Despierta América.

When referring to the plans they have for 2021 in relation to Jenni Rivera’s projects, Rosie Rivera confessed: “Next year we want to start motivating women from girls (…) We want to do it with a children’s book Jenni and we are already working on it right now, even the children will also talk with the writer so that they can draw the best stories of how their mother herself motivated them at four or five years old to make them Chiquis, Michael and Jacqie, the people who are today”.

According to information reviewed by CNET in June 2019, the script for Jenni Rivera’s film would be written by Kate Lanier, who wrote the biographical film “What’s Love Got To Do With It”, based on the life of a singer Tina Turner.

The aforementioned media reported that the rights to make Rivera’s film were acquired by the companies “Mucho Mas Media” and “De Line Pictures”, but they pointed out that the Rivera family would be involved in the making through their company Rivera Enterprises.

The AP news agency pointed out that Jenni Rivera always dreamed of making a movie based on her life that would star the Costa Rican actress Maribel Guardia.

In the past, Jenni Rivera’s life came to the small screen with the launch of the series “Mariposa de Barrio”, authorized by the Rivera family and which was broadcast on Telemundo in 2017.

In January 2017, Univision premiered the series “Her name was Dolores, the Jenn that I knew”, based on the book by Pete Salgado, who was one of the people closest to the great “Diva de la Banda” . However, at the time, the Rivera family disagreed with the premiere of this series that focused on “never-before-told details of Jenni Rivera’s struggle to succeed in a male-dominated industry.” 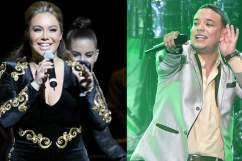 Jenni Rivera: How did you lose your life?

On December 9, 2012, singer Jenni Rivera lost her life in a tragic plane crash after the aircraft she was traveling in collapsed at an altitude of 27,000 meters in the town of Iturbide, Nuevo León in Mexico. At the time of his death, Rivera was traveling to Toluca after giving a concert before 15 thousand people at the Arena Monterrey in the city of Monterrey in Mexico.

Rivera was traveling aboard a private aircraft described as a Lear Jet 25 and died instantly, as did the other six people who were traveling with her.

The interpreter is survived by her five children: Chiquis Rivera, Jacqie Campos, Michael Marin, Jenicka Lopez, Johnny Lopez. Like his brothers and their parents, Pedro Rivera and Mrs. Rosa Saavedra.

Today, Jenni Rivera continues to be considered one of the most important singers in regional Mexican music. The star’s legacy is backed by more than 35 million records sold and great accolades from prestigious awards ceremonies such as Premios Lo Nuestro and the Billboard Latin Music Awards.