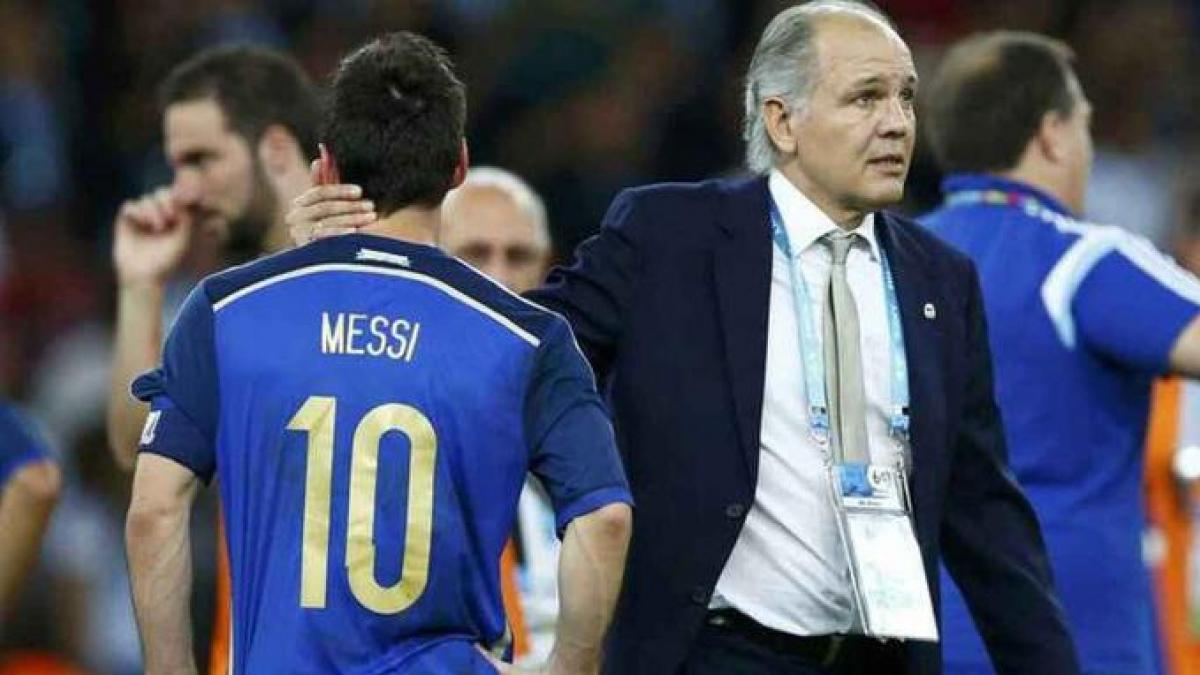 Argentine football cries this Tuesday the loss of another of your references, the former player and former selector Alexander Sabella just two weeks after the death of Diego Armando Maradona. ‘El Profe’ Sabella died this Tuesday at the age of 66, after spending thirteen days at the Cardiovascular Institute of Buenos Aires (ICBA).

The former student coach and the Albiceleste team had gone through different health problems, including cancer, and six days ago he had had a complication with an in-hospital virus that left him in the intensive care area of ​​that Buenos Aires clinic.

“I still remember him apologizing for not being able to bring the World Cup to Argentina in 2014“said the Argentine vice president on her Twitter account, Cristina Kirchner, who was the head of state when the team led by Sabella fell in the final of the World Cup in Brazil against Germany.

I still remember him apologizing for not having been able to bring the World Cup to Argentina in 2014. Alejandro Sabella: great football coach and a very good person with a high social commitment. My condolences to his family and loved ones. pic.twitter.com/RxXtSs66xB

Kirchner stressed that Sabella was a “great soccer technical director and a very good person with a high social commitment,” and sent his condolences to his loved ones.

Later, the Argentine president, Alberto Fernandez, expressed by the same means as Sabella “he was a man with dignity, convictions and principlesAnd that’s how he showed himself on the field as a player and as a coach. “” Today a true teacher of soccer left, “Fernández stressed.

Alejandro Sabella was a man with dignity, convictions and principles, and that is how he showed himself on the field as a player and as a coach.

Today a true master of soccer left. My condolences to his family and loved ones. pic.twitter.com/LELBZtE7m2

“Deep pain”, indicated the Argentine Football Association (AFA) in its social networks, which still had the black crepe in memory of Maradona. Through its president, Claudio Tapia, the AFA “deeply” regretted his death and sent its “warmest embrace to relatives and loved ones.”

The Barcelona forward, Lionel messi, posted on Instagram a photo with Sabella in Brazil 2014, which represents Messi’s best participation in a World Cup so far. “It was a pleasure to share so much with you“He said as a last goodbye. He defined him as” an impressive professional “who marked his career and made him learn.”We live together some of my best football memories during the stage of qualifying for the World Cup and also in the World Cup, “he recalled.

The platense club Students, who did champion of the Copa Libertadores in 2009 and with whom he was about to surprise Guardiola’s Barcelona in the subsequent Club World Cup final, he noted: “Goodbye, Professor! You are the star that we choose and that we will proudly wear on our chest. Thank you for so many teachings and for your legacy“.

River Plate, a team in which he shone in his time as a footballer, said that this Tuesday “he fired a son from the house. Boca Juniors also fired the former Argentine coach with a message.

Sabella, nicknamed ‘Pachorra’, had suffered a general decompensation last Wednesday, November 25, the date on which Maradona died, and that night he had been transferred to the ICBA for a series of medical check-ups.