KOEI TECMO Europe and the developer GUST Studios They have revealed the new exploration skills and two new characters of the beloved JRPG, Atelier Sophie 2: The Alchemist of the Mysterious Dream. The latest installment in the beloved Atelier saga is slated for a European-wide release on February 25, 2022 for Nintendo Switch ™, the PlayStation®4 entertainment system and on Windows PC via Steam®.

You can see a new illustrative trailer of the game in the following link.

On Atelier Sophie 2: The Alchemist of the Mysterious Dream Players will follow Sophie Neuenmuller on her search for her friend Plachta in the mysterious dream world of Erde Wiege. As Sophie makes new friends in town, they set out in search of the missing Plachta. Unfortunately, instead of finding Plachta, they discover a rift in space that leads them to a mysterious place with no inhabitants in sight. Just when they decide to abandon the search and return to the city, Sophie hears a familiar voice, but before she has time to investigate, a water dragon suddenly appears and attacks the group. Luckily, thanks to the arrival of Ramizel, the aspiring alchemist, and a former knight named Diebold, they are narrowly saved.

As they continue to explore this mysterious new land, they stumble upon the location of Elvira, the goddess Erde Wiege created. Here Sophie is finally reunited with Plachta, but her friend appears to be lifeless. Does Elvira know the secret behind Plachta’s state of unconsciousness?

Throughout the multiple adventures in Atelier Sophie 2: The Alchemist of the Mysterious Dream, users will encounter environmental obstacles, such as raging rivers, that will stop their progress. Each area of ​​Erde Wiege has a predetermined climate, but thanks to the discovery of the Dreamscape stones scattered throughout the terrain, Sophie and her friends can change the weather to help them progress on their journey. Using the Dreamscape stone to change the weather can dramatically change the environment, for example by lowering the water level in a previously flooded location, as well as discovering new gathering spots with a host of unique materials.

By exploring these new locations, players will also be able to discover Important Collection Points, allowing them to obtain better materials than those found at traditional collection points. Equipping the correct Gathering Tool upon reaching a major Gathering Point will start a minigame, and the quality and number of materials collected will increase based on your results. These mini-games include a fishing rod-style game in which a certain number of fish have to be caught and a slingshot game in which players have to destroy multiple targets within the time limit. Mastering these mini-games will help you get more rare materials that are extremely useful for synthesis!

To celebrate Sophie’s latest adventure, KOEI TECMO Europe has announced that those who purchase the physical version of the game’s first print run will receive a special reversible in-game skin and a bonus poster featuring exclusive NOCO art!

KOEI TECMO Europe will offer two delicious special versions of Atelier Sophie 2: The Alchemist of the Mysterious Dream, a Premium Box Edition and a Special Collection Box, which will be exclusively available at the KOEI TECMO Europe Online Store. The Premium Box version of the game includes an art book, a B3 fabric poster with an original art image, the Soundtrack’s “Extra Tacks” CD, an early access outfit for Sophie, and the game, all featured in a lovely collectible box. The in-game must-have Special Collection Box includes all the contents of the Premium Box, as well as an A1-size wall scroll with an original art image, a metal keychain with a whale necklace motif inspired by Sophie’s jewelry in the game. set, a set of two illustrated clear folders and a special oversized glass paperweight. Advance reservations for these versions of the game will begin soon, with more details to be shared via KOEI TECMO Europe’s social media.

Atelier Sophie 2: The Alchemist of the Mysterious Dream is in development for Nintendo Switch ™, the PlayStation®4 entertainment system and on PC via Steam® and is scheduled for a European release on February 25. of 2022. 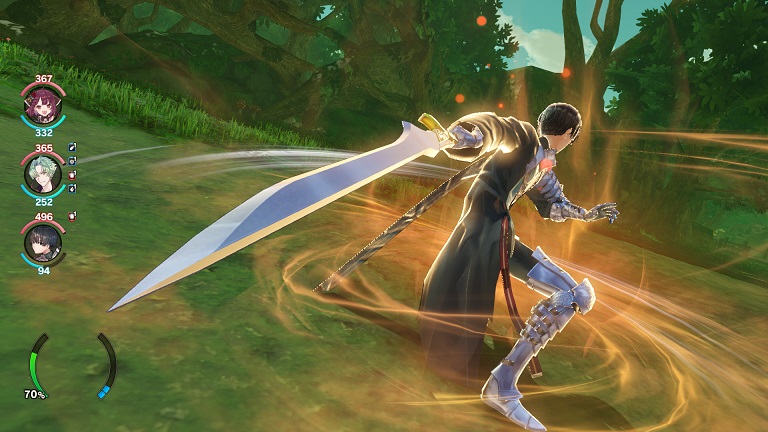