21.15 Well Rahm’s blow has not been good on par 3 of the 12th hole. The ball sinks into the grass slope. It was almost better that he had ended up in the bunker. Many problems. 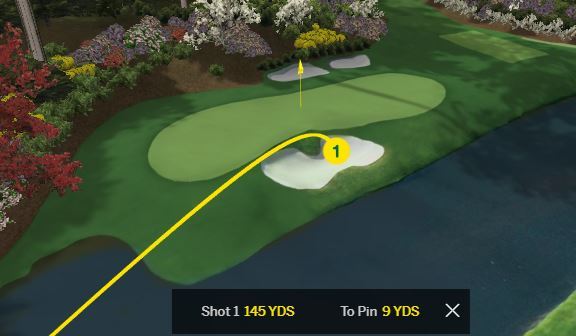 21.12 Finish Rory McIlroy Your return. -5 in the day to -8 total for the Northern Ireland. Tomorrow he needs a historic lap to fight for victory.

21.09 What a shame! Rahm threw it perfect, but the ball wouldn’t go in. Big hole and this may be the beginning of the trend reversal. Let’s go!

21.03 Birdie by Justin Thomas going up to -12 and begins to stalk Dustin Johnson. The world number three is looking for his second ‘major’.

21.00 Impressive iron from the rough to Jon’s left that leaves a very good birdie option. Something more than four meters.

20.56 Tiger Woods still at -5 And he has two holes to go. Right now he is 9 strokes behind Dustin Johnson so he needs to scratch something in what he has left to get to Sunday alive.

20.51 Rahm falls short. Spanish is without confidence right now. Surely when the first putt enters many more. There is no need to despair. Follow -8.

20.44 Good iron from Rahm that leaves a birdie option at 10. He has a putt of about seven meters. 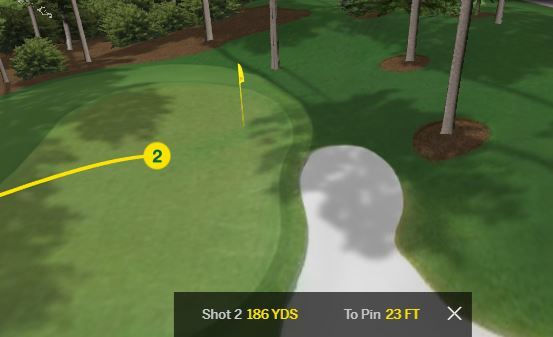 20.38 Rahm Grand Exit on the 10th hole. Let’s see if the Spaniard who needs to start birdies is encouraged. 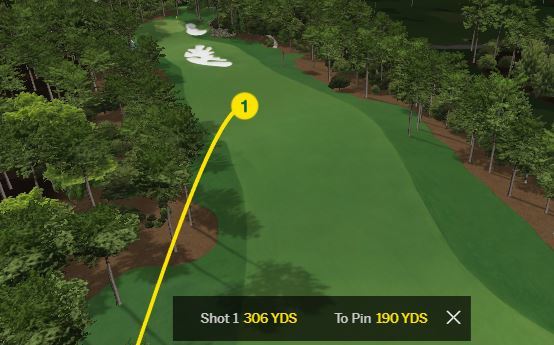 20.32 Good putt by Rahm on hole 9. Take out an important pair. Now it’s time to compose yourself and start looking for birdies. The Basque is in seventh place.

20.27 Ancer puts her already at -11. The Mexican is playing book and catches Thomas in second place. 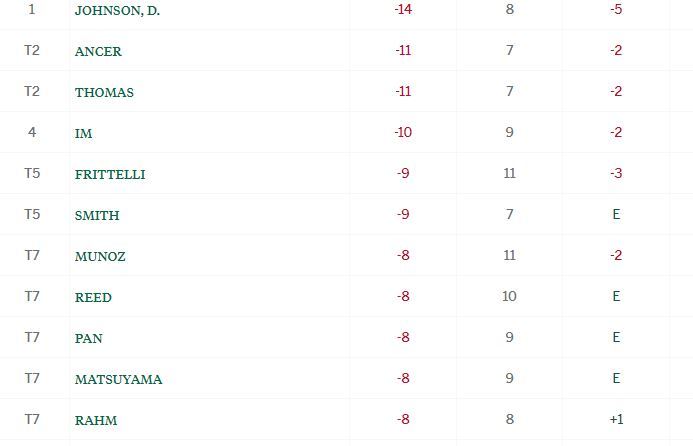 20.23 Here is the video of the double error of Rahm which ended up costing him double the bogey.

The 8th hole penalizes Jon Rahm, who signs a double bogey and stays 6 strokes from the head.

20.18 He saves the double bogey Rahm and falls to -8. He still has many holes ahead to overcome. I remember yesterday Dustin Johnson double bogeyed too. Come on Jon!

20.16 You get out of hand with the putt and you will have a difficult putt back for double bogey. Whatever happens, no one thinks this ends here. Rahm is capable of anything.

20.14 It’s strange to see a ‘superclass’ like Rahm do something like that. It’s a really cool hole …

20.12 His fifth shot finds the green at last. You will have a ten meter putt for bogey.

20.10 They can’t find Rahm’s ball. Penalty stroke for him. What was missing. Let’s see how many shots he loses on this hole.

20.06 What a pit disaster for Jon. His third shot hits a tree and sends the ball into the bushes … a very difficult moment for the Spaniard.

20.02 Be seen coming. Rahm’s tremendous mistake trying to get two to the green and hit a horrible blow. The ball hardly rises and ends up far to the left.

19.58 Good start for Rahm on par 5 of hole 8. He flies the bunkers narrowly and he could try to reach the green in two. The most logical thing is that he pulls to place because he has almost 300 yards ahead. 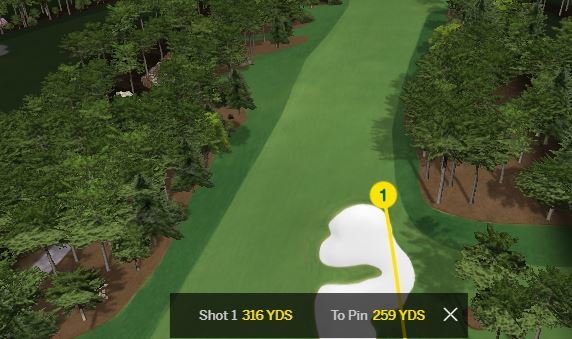 19.50Rahm Pair at hole 7. -1 for him today and he still has no clear birdie options. For its part, the birdie of Dustin Johnson that escapes even more. -14 for him. 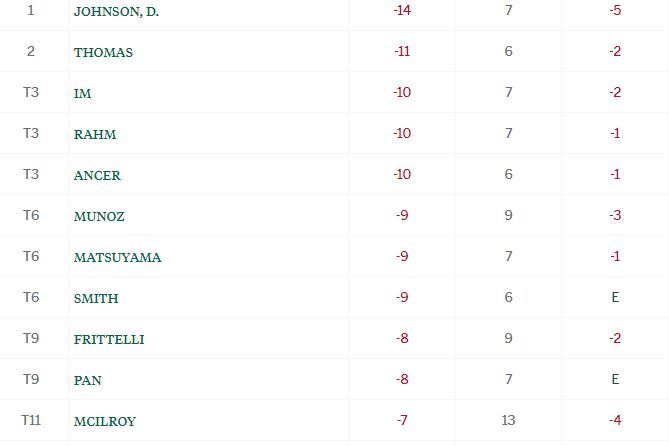 7:45 p.m. Wow … by millimeters Rahm is saved from the bunker. The ball holds on the ante-green and you will have the option of a birdie. And a great shot from leader Dustin Johnson that leaves her almost down to -14.

19.42 The disappointment of the tournament is clearly being DeChambeau. He was for many the great favorite and he has hardly left any signs of his fame. It is on par with the field.

19.39 And now Rahm misses the street to the right. The ball ends up in the rough although it has a shot to the green. The Spanish needs a great blow to re-intonation.

19.34 New torque putt by Rahm. These pairs are the ones that then give titles. There will already be an option to search for birdies. Follow -10.

19.31 Still suffering Rahm which has not started as stable as in the past days. He goes out of hand with the putt and has a lap putt of almost six feet. 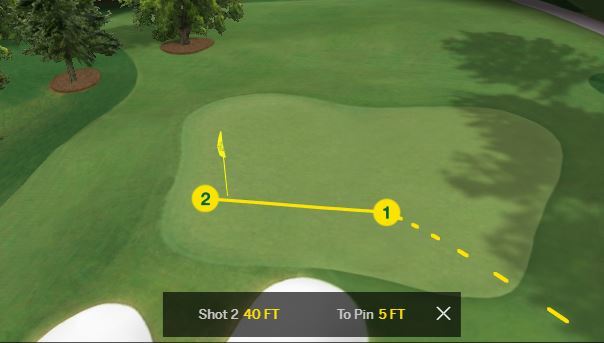 19.28 McIlroy has four birdies in the last five holes and is already -8. The Masters is the only ‘major’ that Norirands can resist and wants to complete the ‘grand slam’ this Sunday.

19.22 Without hesitation Rahm holes in his delicate par putt. The Spanish player continues with -10.

19.16 Again short Rahm in his birdie attempt. He has five feet to save the pair. The good news is that the putt is uphill. Dustin does the pair.

19.12 Rahm is a little short in their attempt to attack the flag. Putt too far and complicated for him. Two putts are very good here. We have already said that this hole is very tough. 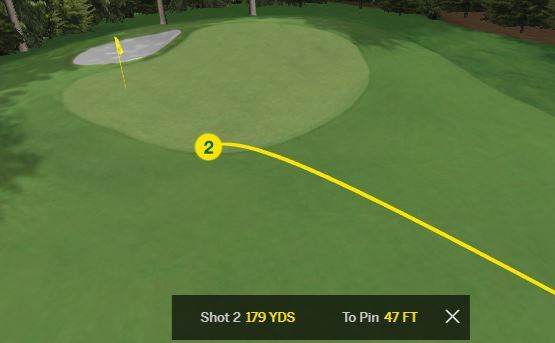 19.10 This is how things are right now in Augusta: 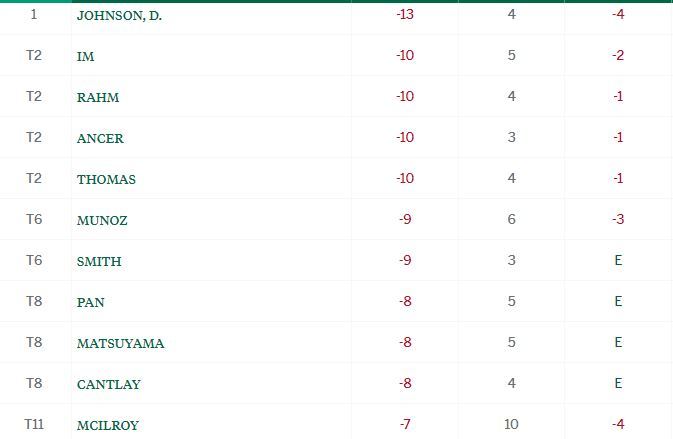 19.06 Jon’s big start on hole 5. Dustin Johnson en change falls into the bunker. Let’s see if you can remove any blow here. 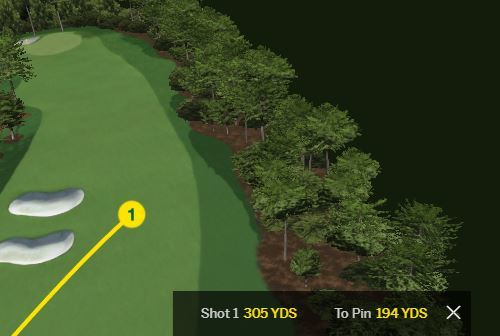 19.00 Rahm’s birdie attempt at hole 4 was barely missed. The Spaniard had thrown a perfect putt. Too bad for the hard hole five. Follow -10.

18.56 The Mexican Ancer It also targets -10. Ties for second place with Rahm, Thomas and Im.

18.53 Nice shot from Rahm in the first par 3 of the Augusta National. Very distant option of birdie for the Spanish. 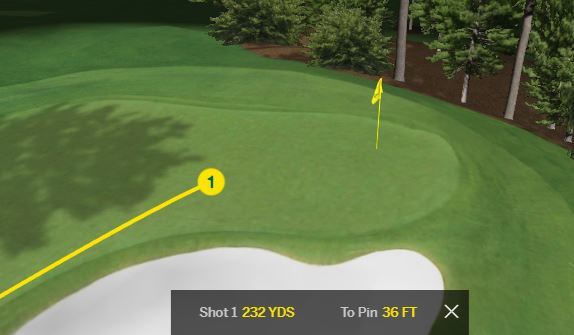 18.45 New pair from Rafa Cabrera that follows +1 in the day for +1 total. Keep fighting the canary.

Dustin Johnson leaps to 11 under par with an eagle on No. 2. # themasterspic.twitter.com / RJo5plEdel

18.37 Jon’s fantastic putt from five meters and finds the first birdie of the day. The Spaniard rises to second place with -10. Let’s go!

18.36 Birdies of Im and Justin Thomas that go up to -10 and share the second place. The field is still very attacking despite the flags.

18.32 Rahm’s second shot is not bad, but from there he could have brought her closer. He has a five-meter birdie putt left at 3.

18.27 Another great departure from Jon Rahm on hole 3. It is a short par 4 and the Spaniard has left it only 56 yards. He has a very short second shot left and he has to try to leave it very close. 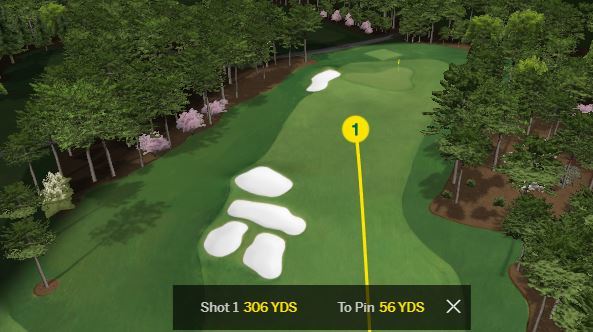 The number one appears!

18.22 Eagle by Dustin Johnson in hole 2 that hits a stretch and is placed solo leader with -11. 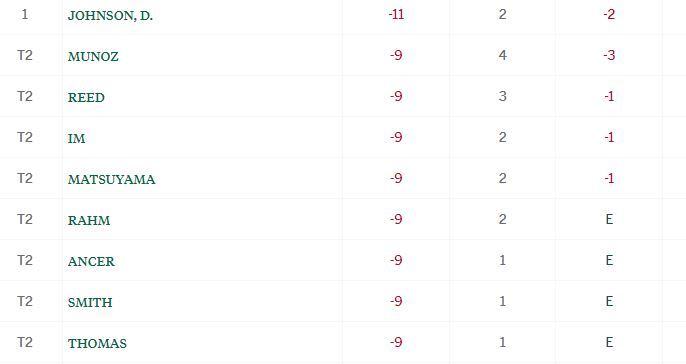 18.21 Too bad, but Rahm He cannot take advantage of the par 5 of hole 2. The Spanish player who is still at -9 was not fine on the green. Now come hard holes.

18.16 Another Koepka which is already at -7. We already know how the American spends them in the ‘majors’. As Sunday is up, it will be very difficult to beat.

Brooks Koepka moves within two of the lead with birdie at No. 3. # themasterspic.twitter.com / kRWkCRCqeB

18.11 The one who is having a terrible time is Phil Mickelson. The American veteran has three consecutive bogeys and begins to discard for victory. 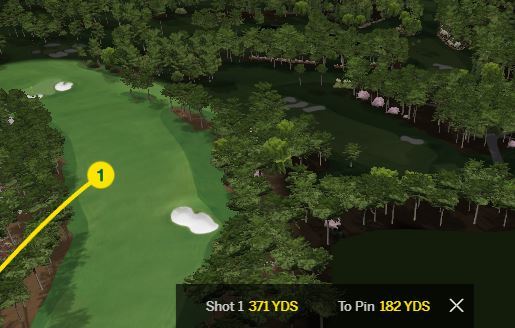 18.03 Patrick Redd he birdies at hole 2 and stands at -9. Be very careful with him because he already has a ‘green jacket’ in the closet.

17.59 Rahm’s first birdie attempt missed by very little. He comes out with par on hole 1 and with -9. Now it’s time to attack the first par 5 of the day. Go for the birdie!

17.56 Good shot from Rahm from the rough. His ball ends up in the center of the green. From there it was difficult to do better. He has a very far birdie putt left. 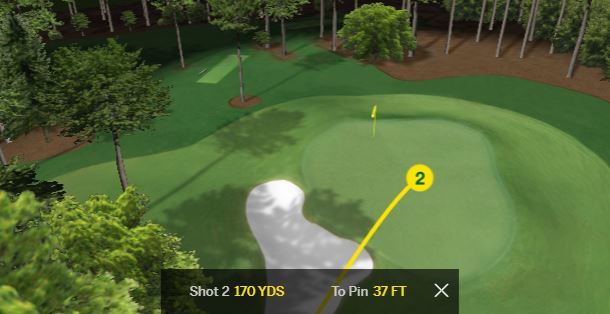 17.54 I remember that Rafa Cabrera-Bello He starts at 17.59 through hole 10. He has already done his homework, overcoming the cut and now it’s time to enjoy and be as high as possible.

17.50 The first shot of the Spaniard goes to the rough on the left. It is not a drama because it has a shot to the green if the ball has not been bad. 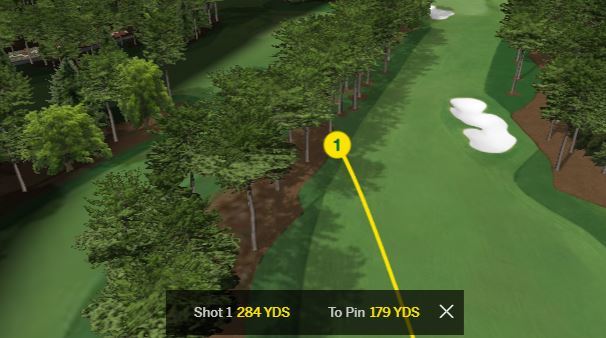 17.46 Great approach from Woods who continues to fight Augusta. He is not like last year, but he is still looking for that rhythm that will get him into Sunday’s fight. Follow with -5.

17.45 We are facing the most even Masters of recent years. Who will win?

17.40 Less than ten minutes to get out Rahm. It is great for the Spanish player who has between eyebrows to win his first ‘major’. So far he is embroidering it in Augusta.

17.37 So are the flags on this third day. Much more complicated than the first two days. It looks like we will see a lot of golfers in trouble this afternoon. 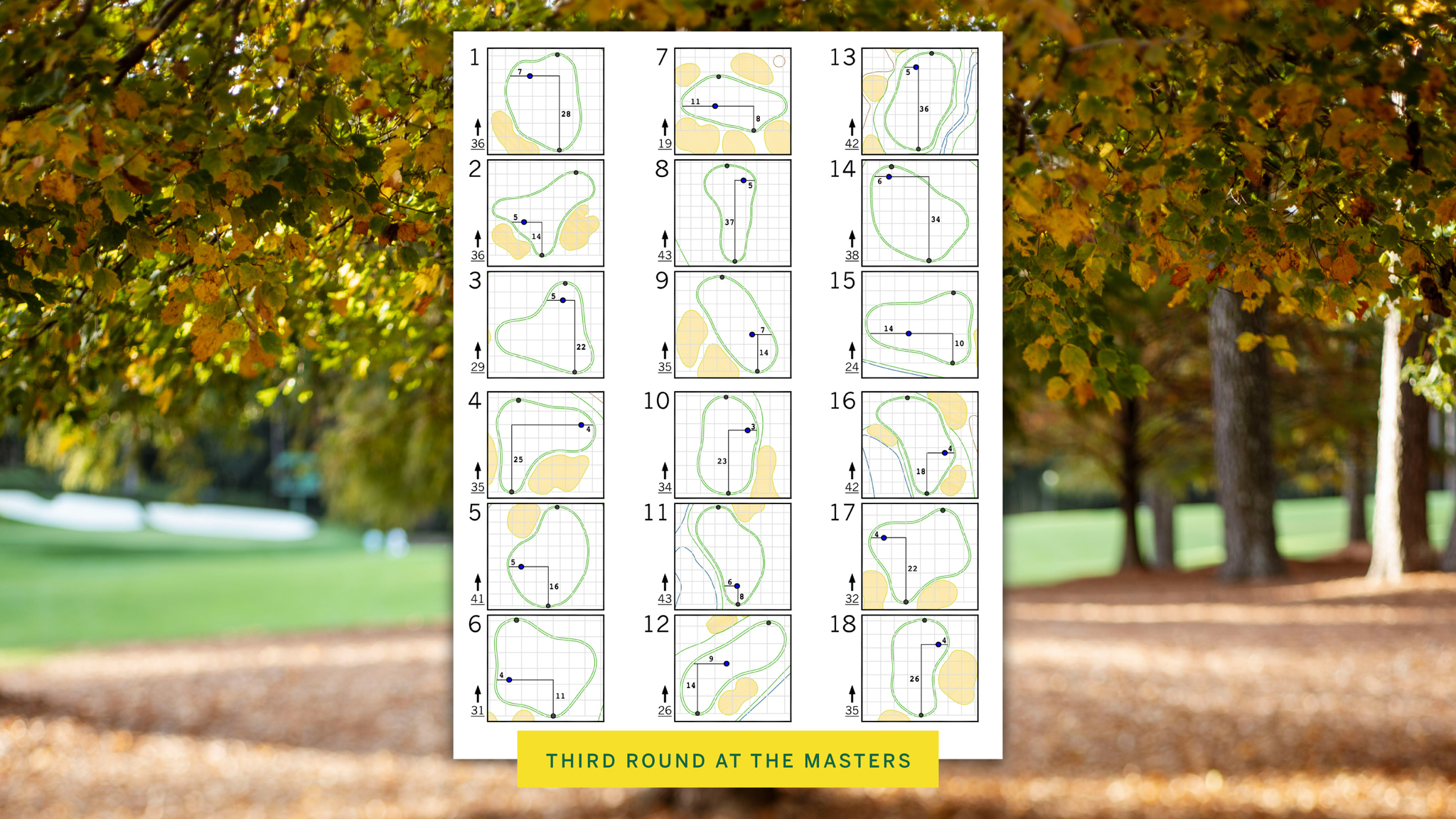 17.30 We review the favorites that have already started and that need a very good lap to arrive with options to win the ‘green jacket’: 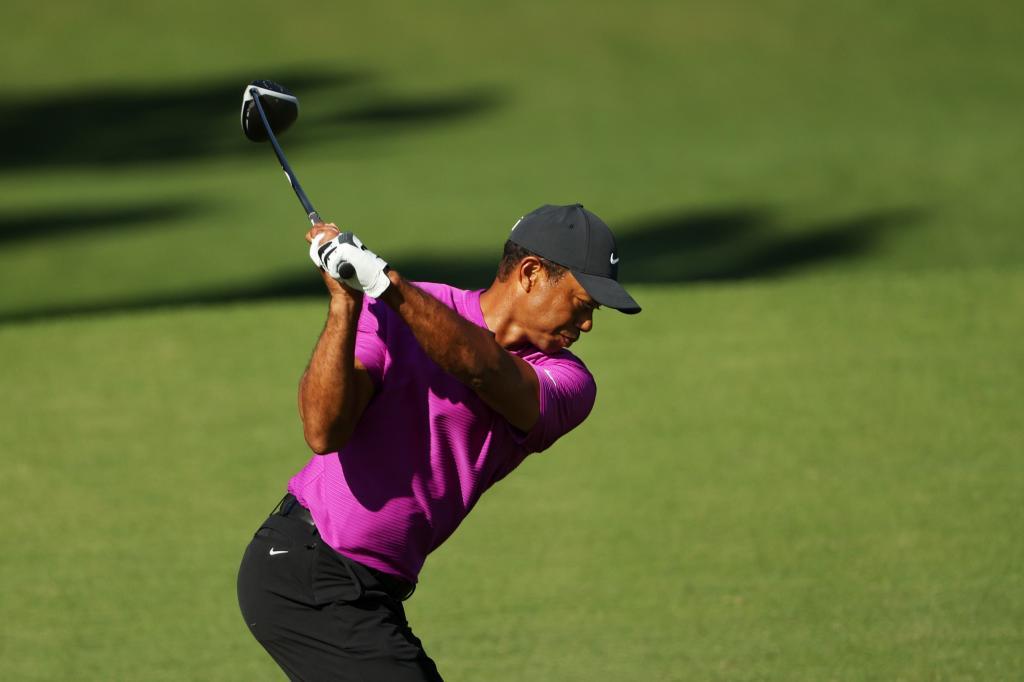 17.27 This is how the two Spaniards left alive in this Masters depart 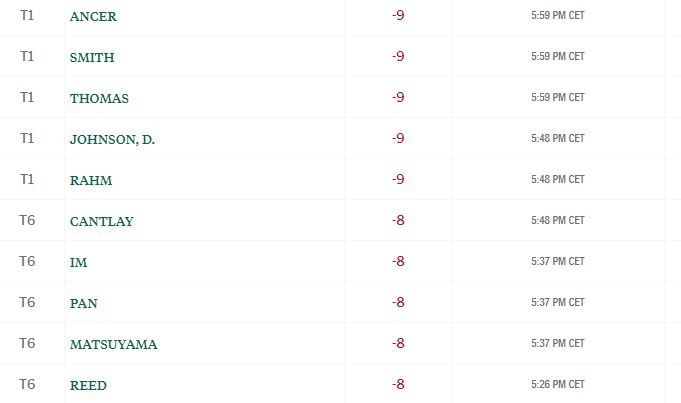 17.20 Rahm He will leave at 17.48 in a spectacular match together with Dustin Johnson and Patrick Cantlay.

17.15 The third day of the Masters has already begun and the attacks have not been long in coming. For now we will have to wait a bit for the two Spaniards to come out.

We reached the third day of the Augusta Masters with Jon rahm sharing the lead with four more players. Rafa Cabrera-Bello I finally made the cut and now it’s time to enjoy the weekend.

An afternoon is expected with the best players in the world in the first places and golf legends such as Tiger Woods, Rory McIlroy, Phil Mickelson or Brooks Koepka fighting to get into the fight.