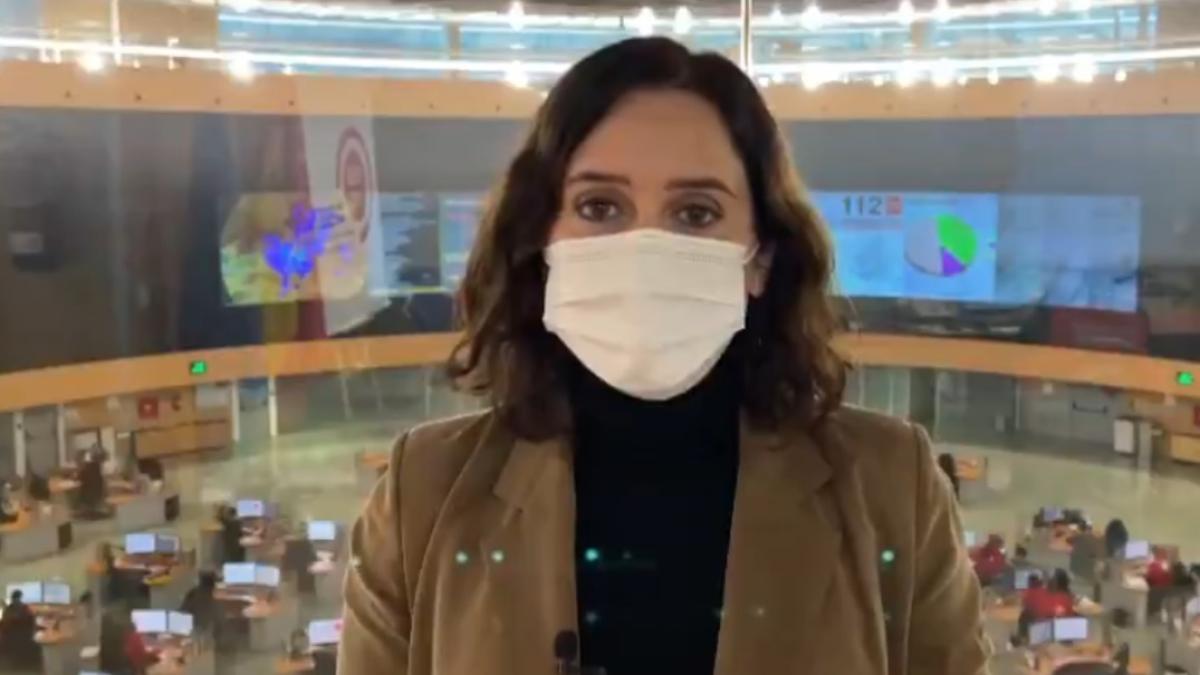 The president of the Community of Madrid, Isabel Díaz Ayuso, has asked this Saturday for the collaboration of citizens to help remove all the snow possible, left by the storm Filomena, before it turns to ice sheets.

“We are seeing images of ball fights, of people skiing … and what we want to ask all those people and all citizens who have strength, that they are well, to help us remove as much snow as possible. We have some crucial hours until tomorrow (Sunday) at noon, “the Madrid leader said in an interview on Antena 3.

Ayuso has emphasized that all the snow that is removed on ramps, awnings or on balconies it is “right now to buy time from time”. In addition, he has asked for caution during the next few hours because, for example, there are stalactites in the streetlights or they are falling tree branches. “We need each other. We do not have an excessive snow culture, especially in the center of the Peninsula and we all have to pitch in,” he said.

The head of the regional Executive has recognized that all administrations have seen “surpassed in a moment” pAlthough the predictions said that there were going to be some levels of snow, in the end the result was “in triplicate”. Thus, it has affected that work is being done to “soon regain a certain normality” although now there is a new enemy: “frost”.

They will continue to distribute salt, clearing the entrances to hospitals, treating patients, for example on dialysis, who will have “a difficult day” tomorrow if they do not work on it, and seeking normality on the roads so that supplies are guaranteed in supermarkets.

Regarding the situation in the hospitals, he has indicated that the health workers are doubling shifts, as well as the personnel who are in charge of the Emergencies, and has indicated that they will continue to provide salt and “being close” so that, despite access difficulties, patients can be treated “as they are being”.

In addition, he has indicated that tomorrow, depending on how the weather is, he will use the fire brigade helicopter to act in some cases with patients who have to receive certain treatments.