Back to the load, Juan Carlos Salgado reappears in Lienzo Charro De Pachuca 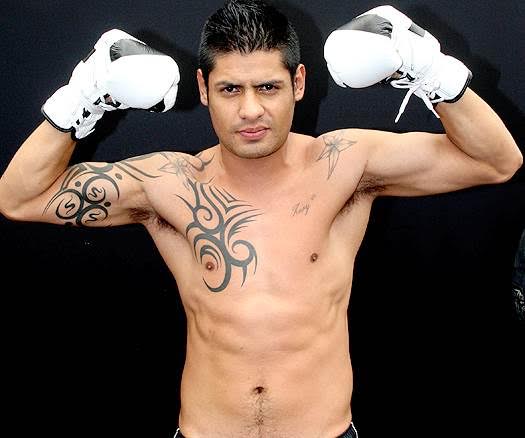 The two-time world champion Juan Carlos Salgado is preparing to return to the chordates, something that he will do next Saturday, October 23 at the Lienzo Charro de Pachuca, Hidalgo within the great poster offered by the promoter Box Master, headed by the businessman local Cristian Islas.

Juan Carlos Salgado, a boxer from Mexico City who rose to fame after winning the WBA super featherweight world title, by knocking out the then-invincible Jorge “Niño de Oro” Linares in the same first round; And who had a second reign also in the 58,976 kilogram (130 pound) division, he is preparing to resume his professional career, when facing Ulises Banda, in a combat agreed to six episodes at a weight of 72,000 kilograms.

With all the spirits to the skies, the former WBA and IBF super featherweight world champion, declared himself ready for his return to ensogados, something he will do by sharing the bill with his younger brother Kevin Salgado, who will seek to take over the super welterweight championship of the Fecarbox, an organization affiliate of the World Boxing Council (WBC, for its acronym in English), when facing a complicated opponent such as Ricardo Bañuelos from Mexico, in which it will be the main fight of the evening.

“It is an honor for me to be back in action sharing the stage with my brother Kevin,” the experienced boxer from the capital commented excitedly.

“CHACALA” VALVERDE STALKS THE TITLE OF THE WORLD

For her part, the former world championship contender, Estrella “Chacala” Valverde does not give up her intention to conquer a world crown, she will see action when facing an opponent to be defined, four episodes at bantamweight.

Diego Montalvo and Jesús Flores will fight in a four-round super flyweight duel.

The future stars of the Hidalgo town of Maguey Blanco, Diego García and Saúl Godinez will bring out the breed for their people when they enter into action, García will face Alberto Chávez, four rounds in super fly; while Godinez will face Antonio de Jesús González Pacheco, four turns at lightweight.

In a special event, the son of the former WBA super bantamweight world champion, Enrique “Zurdo de Oro” Sánchez, the little Osmar Sánchez (8 years old), will fight three rounds, of two minutes of combat for one of rest with Fernando Méndez, in a weight of 27,000 kilograms.

In another amateur combat, the promise of the white maguey, Jorge “Chemita” García (12 years old) will face Luis Hernández, three rounds in a weight of 40 kilograms.

Gervonta Davis completed a match for the second time in her career. The previous time was in 2014 (six rounds)....