Baskonia made their Euroleague debut on Tuesday with a win over Panathinaikos (81-79) in a duel that was decided in the final moments thanks to three offensive rebounds from Vitoria, who gave them six points and a good final defense from Uruguayan Jayson Granger over Greek Ioannis Papapetrou, who missed the triple that would have turned the final scoreboard.

Match corresponding to the third day of the Euroleague played before 7,602 spectators at the Fernando Buesa Arena (Vitoria).

The first European victory of the Basques It came after Dusko Ivanovic’s men gave continuity to the defensive level shown in the last days and great minutes of the Lithuanian Tadas Sedekerskis, who finished with 22 valuation credits, the same as the Uruguayan point guard, who gave another lesson on how to keep pace with a match.

The Italian Simone Fontecchio and the Lithuanian Rokas Giedraitis constantly threatened from the outside and managed to score six triples between them against a Panathinaikos who relied too heavily on inspiration from Ioannis Papapetrou (+24 rating), but that was close to starting the victory in Vitoria thanks to the success of Daryl Macon.

Baskonia entered the game better than Panathinaikos so coach Dimitris Priftis was forced to stop the game after 90 seconds of play. The Hellenes reacted through Daryl Macon, but Rokas Giedraitis marked the roof of his team. Rotations improved the Greeks, who matched forces from the outside shot and forced two consecutive turnovers to go ahead after the first ten minutes, 15-17. 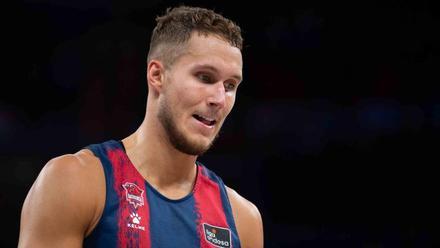 The exit to the track Steven Enoch contributed more offensive solutions to Baskonia, which on the other hand unbalanced his defense and paid for the mistakes, so he could not open a gap.

Eight points from Lithuanian Tadas Sedekerskis down the stretch of the second round and several positive defensive actions by the Baskonista team closed an even first half in which the locals prevailed by a tight 40-35.

The third chapter began with an exchange of triples from which Baskonia benefited thanks to the marksmanship of Uruguayan Jayson Granger and Italian Simone Fontecchio, one of the most regular of the Catalans, who managed to increase the income to 11 points in the first bars. 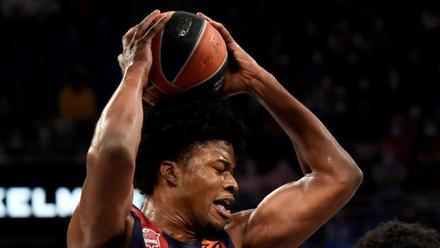 But Ioannis Papapetrou insisted on keeping the flame of the Hellenes alive with 15 points practically followed that they turned the crash, until a triple on the horn of the Serbian Vanja Marinkovic returned the advantage to Baskonia with ten minutes ahead, 61-59.

Howard Sant-Roos joined the threat of Greek Ioannis Papapetrou, but two baskonistas triples opened a small gap that brought tranquility to the game of Dusko Ivanovic’s men, pushed by the claw of Tadas Sedekerskis, who appeared to rebound, score and defend when his team needed him most.

Daryl Macon came to the boil with eight straight points in the hot moments of the game to put a tie 79-45 seconds from the end, but a third consecutive offensive rebound allowed Baskonia to hold on ahead, 81-79, and take the game after a good final defense.