Battle of wits is now downloadable

Now available to download the free trial version of Big Brain Academy: Battle of Wits on the Nintendo eShop for Nintendo Switch. Anyone can enjoy this new multiplayer video game * in which players can improve their skill and mental agility by participating in fun activities.

In the demo, players can try the review mode, with a variety of puzzles that will test their skills in three categories with which to squeeze their gray matter: perception, acuity and calculation. In the full game there will be many more puzzles from more categories such as memory and analysis. Big Brain Academy: Battle of Wits is now available for pre-order through the Nintendo eShop.

Although it seems like homework, Big Brain Academy: Battle of Wits also has a Party mode, in which up to four players * can put their brains to compete for the highest score by solving activities in the shortest time possible. Each participant can set their own level of difficulty, from the children’s class (the easiest) to the super-elite class, which means that children and adults of all kinds can compete fairly in the same game.

And as in any good academy, there is also a teacher here. Dr. Azo is once again the host of Big Brain Academy: Battle of Wits. There will be even more modes in the full game, such as exam mode, in which Dr. Azo will rate the player’s brain vigor based on their performance in a succession of five activities. Depending on the score, in-game coins will be earned with which to buy outfits for the player’s avatar.

You can also train without pressure in practice mode and replay any favorite activity to try to get better scores and medals. And anyone who wants to measure their brain on a global scale can participate in the ghostly battle ** and put their data to compete against those of other users around the world. The competition is open to people on the friends list, to family members who have a profile within the Nintendo Switch itself, or to any user in the world. **

Take a solo look at your perception, acuity, and calculus or join friends and family in Party mode in these three categories available in the Big Brain Academy: Battle of Wits free trial, now available for download on the Nintendo eShop at Nintendo Switch. The full game will be released next Friday, December 3, only for Nintendo Switch. 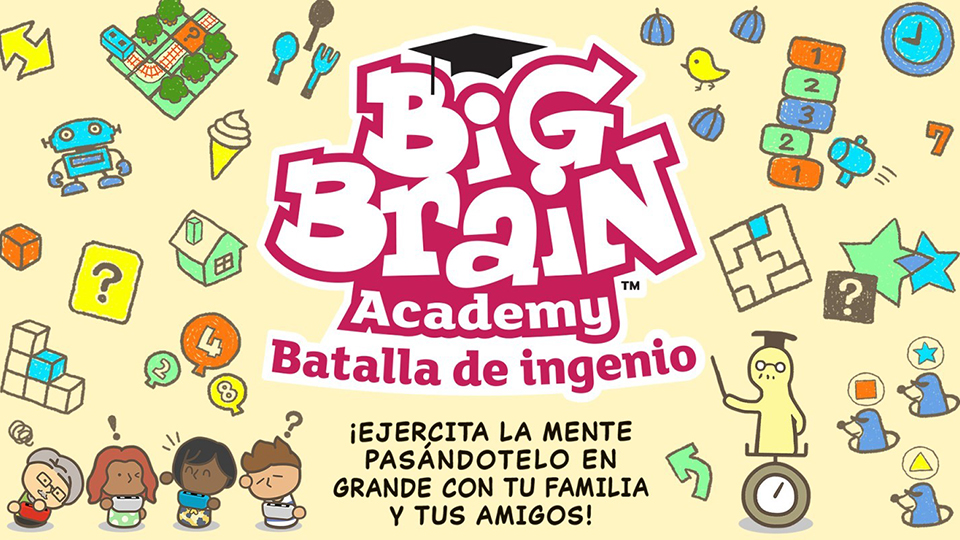