Belinda returns to acting in the new Netflix Spain series.

Belinda announced that she will soon return to acting with the Netflix series “Welcome to Eden” that will feature stunning locations in Spain. The star had been away from melodramas since 2010.

Through a recent publication on her official account on Instagram, Belinda dedicated her new project to her grandmother, who recently passed away: “I am very excited to share this new project, I really wanted to work in Spain for many reasons. I dedicate it to you, granny 🤍 # BienvenidosAEdén @netflixes ”. 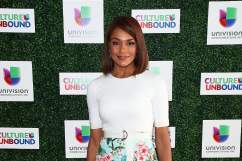 So far, Belinda has not released details about the character she will be playing in the series that will have only eight episodes during its first season.

Regarding the synopsis of the Netflix series “Welcome to Eden”, the Spanish website Diez Minutos released: “Are you happy? With this question, Zoa and four other attractive young people, very active on social networks, are invited to the most exclusive party in history on a secret island, organized by the brand of a new drink. What begins as an exciting journey will soon become the journey of a lifetime. But paradise is not really what it seems… Welcome to Eden ”.

Spanish directors Daniel Benmayor and Menna Fité direct the suspense series that will feature recordings in locations in Spain such as Barcelona and Lanzarote.

According to the specialized website Out of Series, Netflix focused on a very specific characteristic for each of the actors within the cast of the production: Everyone must know how to dive, this because they will immerse the audience in a plot full of adrenaline. with scenes where the sea plays a very important role.

It didn’t take long for Belinda’s fans to react to the actress’s participation in the streaming giant’s new project: “Your name is synonymous with success”, “We’ll finally see you on Netflix”, “Shine again, princess”, “ Putting up the name of Mexico and Spain ”,“ How happy your return to acting and in the land where you were born ”,“ Thank you Netflix for bringing us the princess of Latin pop back to acting ”.

The interpreter had been away from melodramas after concluding her participation in “Mujeres Asesinas” (2010) and Camaleones (2010), television productions that were filmed in Mexico.

As for projects in the film industry, the singer also made a brief appearance in the adaptation of “Baywatch” that premiered in 2017. During the plot, she was one of the people who were rescued from a boat by Mitch Buchannon , character played by actor Dwayne Johnson.

In parallel to her participation in the new Netflix series, Belinda plans to return to Mexican television as a judge in the new season of the singing competition “The voice Kids” of the television channel TV Azteca.