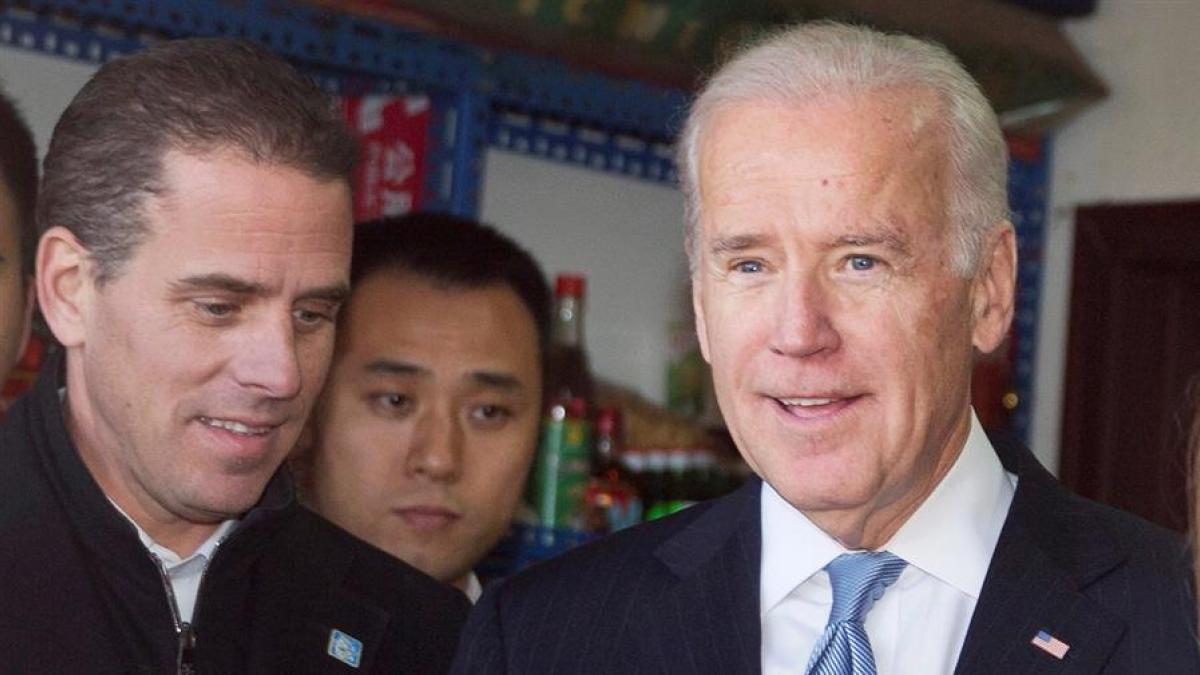 Hunter Biden, the eldest son of the president-elect of the United States, Joe Biden, revealed this Wednesday that the federal prosecutor’s office of the state of Delaware is investigating for “tax matters”, apparently related to their business in China.

Biden’s firstborn, who this year was target of harsh attacks and accusations on the part of the outgoing president’s electoral campaign, Donald Trump, made the announcement in a brief statement issued by the president-elect’s transition team.

“I learned for the first time yesterday that the Delaware federal prosecutor’s office advised my legal representation, also yesterday, that they are investigating my tax matters,” Hunter Biden said.

“I take this matter very seriously, but I am sure that a professional and objective examination will show that I I handled my affairs legally and appropriately, included with the help of professional tax advisers, “he added.

Hunter Biden did not elaborate, but CNN indicated that the investigation started in 2018 and it has to do with Biden’s son’s business in China.

After his father left the US vice presidency in 2017, Hunter negotiated a contract with the Chinese energy group CEFC China Energy to invest in American energy products, according to documents published by Republican leaders.

One of the topics that researchers have examined, according to internal sources cited by CNN, is the gift that the founder of that Chinese energy group, Ye Jianming, gave Hunter in 2017: a 2.8 carat diamond (valued at about $ 80,000), after a meeting between the two in Miami.

In 2019, Hunter Biden explained to the magazine The New Yorker that he felt uncomfortable receiving the diamond and, although he did not believe it was a bribe, he gave it to partners. “I knew it wasn’t a good idea to keep it”, defended then.

The deal Hunter Biden was negotiating with the Chinese company it did not come to fruition, and the Chinese authorities later arrested Ye Jianming for accusations of corruption.

Investigators have examined whether Biden’s son adequately reported your receipt of the diamond on his tax returns, according to CNN, although it is not clear if that issue is still the focus of the investigation.

The federal prosecutor’s office is studying whether Hunter and his partners violated laws on taxes and money laundering during their business abroad, which in some cases involved people considered suspected of espionage by the FBI, according to sources consulted by the chain.

Biden’s son has been a favorite political target of Trump and his entourage in recent years, and the outgoing president He even asked China in late 2019 to investigate Hunter for his business with Ye Jianming.

Hunter Biden was also at the origin of impeachment (impeachment) to Trump in the Senate, which revolved around the political pressure of that president to Ukraine to investigate the business in that country of Biden’s son, who worked years ago for a Ukrainian company, Burisma.

Biden’s transition team assured in the statement that the president-elect is “deeply proud of your son, who has struggled to overcome tough challenges, including the savage personal attacks of the past few months, and has come out stronger. ”