This is the Beirut ground zero: charred cars, demolished buildings …

20.02 hours. VDEO. Distressing moment of a father protecting his son

19:50 hours. A witness has assured our colleagues that The world that the explosion “looked like a nuclear bomb.”

19:31 hours. According to various reports, there are already at least 10 dead after the explosion that has shaken Beirut. Work continues in the area. The city governor said a few minutes ago: The damage is enormous and there are numerous victims. ” 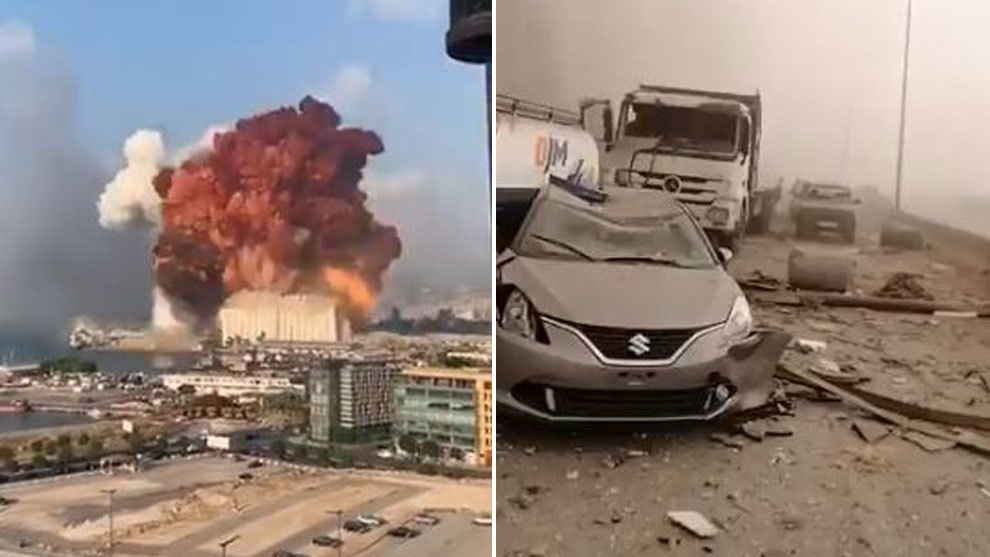 19:22 hours. This was the moment of the explosion. The blast wave left Beirut’s port in rubble.

Tremendous explosion in Beirut: the images of the city shake

19:15 hours. This afternoon there was a huge explosion that shook the Lebanese city of Beirut. The Minister of Health has already assured that there is an “indefinite number of wounded”.

A large explosion hit the Lebanese capital Beirut on Tuesday afternoon before the verdict in a trial for the murder of former Prime Minister Rafik Hariri in 2005. Reports say the explosion occurred near the offices of the Daily Star newspaper. Other sources say that the fire originated in an explosives warehouse in the port of Beirut, according to the Lebanese National News Agency (ANN). The authorities assure that there are dozens of wounded. The Governor of the capital compares the situation in the city with the Hiroshima and Nagasaki bombings.