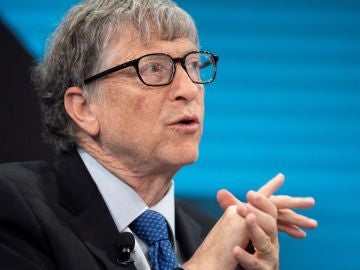 The suspension of the account Twitter of the former president of USA has given much to talk about. His line of thought and the great diffusion he acquired with social networks were considered a danger to millions of people in the world. However, the founder of Microsoft has requested the return to Twitter of Donald trump despite his “corrosive” ideas over the past four years.

But Bill gates opens the dilemma, the suspension of accounts for him, does not seem the appropriate solution. In an interview that the businessman conducted to Fox News, Gates dropped his opinion saying that the indefinite closure of Trump’s Twitter account – and other apps such as Instagram or Facebook – after the assault on the Capitol is not good news, despite the words and opinions of the former president throughout of the last few years. So for Gates is up for debate if permanently suspending an account is the right thing to do, since in this way it is divided and contributes to the existence of a social network for each party.

Therefore, Gates advocates creating an environment in which there is “exchange of ideas and thoughts “, with social networks that serve as a “common base”. In order to maintain “the good parts” of these networks and avoid spreading “violence, the denial of the vaccine or the Holocaust” through them.. The creator of Microsoft seeks an understanding, bets on a middle ground with a social agreement, since “there has to be some way that between the government and well-intentioned actors, let’s draw the line to keep the debate open without the corrupt parties. “