Skip to content
HomeEconomyBitcoin : A whale raises the price of Ether (ETH) to 450 dollars on Uniswap

The operation launched by the whale on the decentralized exchange (DEX) Uniswap consisted of a series of swaps totaling $ 17.9 million on the pair ETH / USDC, with a view to purchasing a little over 40,000 ETH.

Since the price of ETH was around $ 400, the transaction was valued at approximately $ 16 million. However, because of a slippage important, the whale suffered a loss of nearly $ 2 million.

Slippage is the difference between the expected price of a trade and the price at which the trade is executed. Such an effect usually occurs when a large order is executed, but there is not sufficient liquidity to guarantee its proper execution.

Thus, this increase only concerns Uniswap, the price of ETH on other platforms has of course remained stable.

This significant operation was spotted on Twitter by eric.eth (@econoar), founder ofEthHub, a service offering studies and resources on Ethereum:

Welp, someone just bought $ 15mn worth of ETH via Uniswap. pic.twitter.com/FXcuSYYrjf

On the graph below, the different transactions of the whale are easily identifiable: 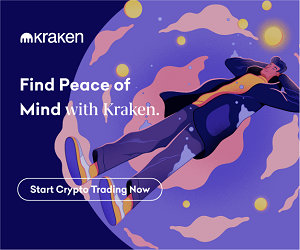 Not so important slippage?

Such an effect is not surprising, since the liquidity of the order book of a platform like Uniswap is not yet sufficient for orders of this magnitude.

Usually, such large orders go through platforms with large volumes, such as Coinbase and Binance. The whale can also go through a serve OTC (over-the-counter), which would have avoided such a sudden price movement.

On Twitter, Adam cochran (@AdamScochran), however, points out that the slippage suffered by ETH on Uniswap could have been of a greater magnitude in the past:

The most impressive part here is the slippage wasn’t actually that bad! Don’t get me wrong it was a lot but no DEX could have handled that slippage a year ago

“The most impressive thing is that the slippage was not so bad! Make no mistake, that was a lot, but no DEX could have handled such slippage a year ago. “

Indeed, a multi-million dollar transaction on a DEX would have had much more substantial effects a few months earlier. This could have caused even more slippage, which could have pushed ETH to several hundred dollars extra time for a few minutes.

But then, why did you carry out such an important operation on Uniswap? On Twitter, the user Bob jimbo (@BobTheJimbo) hypothesizes that the executor of these transactions has difficulties with KYC controls centralized exchanges.

One last question remains unanswered. Why did the whale trade such a large amount in such a short period of time? More spaced and especially less important exchanges would have allowed him to buy ETH at its true price.

👉 Learn more through our file on decentralized exchanges

👉 On the same theme: The decentralized exchange IDEX raises $ 2.5M and reveals the arrival of IDEX 2.0

Receive a recap of crypto news every Sunday 👌 And that’s it.

About the Author : Clement Wardzala

Since 2017, I have been interested in Bitcoin, cryptocurrencies and associated blockchain technology. I firmly believe in these technological innovations and that they are already revolutionizing many sectors.
All articles by Clément Wardzala.