Skip to content
HomeEconomyBitcoin : As in the history of the internet, the crypto-sphere will not keep its initial promises

The historic promise of the crypto ecosystem

The cypherpunks of the 1990s participated directly or indirectly in the creation of Bitcoin, its ancestors () and current crypto-currencies.

Their objective was to build an alternative financial system as suggested by the message contained in the genesis block (genesis block that corresponds to the first block) of Bitcoin.

This message, written by the creator (s) of Bitcoin, is as follows:

The Times (January 3, 2009): The Chancellor is in the light of a second bank bailout.

This post refers to the January 3, 2009 headline of the British newspaper The Times during the subprime mortgage crisis. The British Chancellor would once again save the English banks on the brink of bankruptcy.

👉 Also read: who is Satoshi Nakamoto, the creator of Bitcoin? 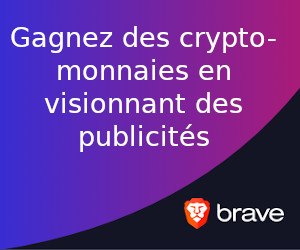 Promises that diverge from those of the cryptocurrency pioneers?

According to Yann Le Floch, part of this promise is being realized in particular thanks to the development of decentralized finance. A banking ecosystem is created through account management, payments, financing, decentralized investments maintained by technologies. But also by all the associated financial services such as the custody of tokens and cryptos, marketplaces, funds, management advice, derivatives, insurance … He describes decentralized finance as a network of financial systems whose logic economy does not change: make a profit and earn money.

Vincent indicates that “it would now seem that through the concentration of minors (digital micro central banks), main exchanges (modern day stock exchanges and banks), fairly uniform payment systems, key applications, forms of monopolies appear as during the progressive consolidation of the internet. The crypto-sphere ecosystem is thus gradually becoming a financial system without banks and without bankers. “

Do you think, like Yann Le Floch, that as in the history of the internet, the crypto-sphere will not keep its initial promises, but that these could be realized in other forms?

Want to know more about the Institute of the Economy?

Association created in 2011, theInstitute of Economics is an independent think tank that analyzes the issues, the balance of power as well as the risks and opportunities to shape a possible future. Its members often have opposing sensitivities, which in fact requires them to refer to the rigor of foresight, hence the formation of predictions.

TheInstitute of Economics is composed of entrepreneurs, economists, managers, statisticians, researchers and sociologists.

The speakers of this webinar are therefore not from the “crypto-sphere” and do not necessarily share the ideals of cypherpunks or the majority of people who own crypto-assets. However, it is still interesting to see how the future of the cryptocurrency industry is viewed.

You are invited to vote in order to give your opinion on each prediction, but also to debate, comment and make known your opinion on this subject. Click here to view other predictions from members of the Institute of the Economy.

About the Author : Robin Berné

Co-founder of Cryptoast, I have regularly written articles on the site since 2017. I am passionate about cryptocurrencies and I can spend several hours a day reading and analyzing documents to find the nuggets of tomorrow. I also like to dig deeper into my research on the changes that cryptos and blockchain technologies can bring to our lives and societies, from a social and economic perspective.
All articles by Robin Berné.