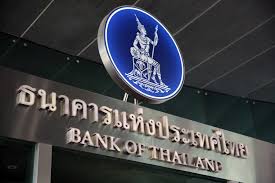 The digitalization of traditional financial assets is increasingly noticeable in global finance. The Thai central bank has been working on a blockchain project for more than two years. In less than a week, 50 billion baht or 1.6 billion USD of government savings bonds were sold on the bond market thanks to this project.

Investors will benefit from faster receipt of bonds and purchasing bonds from a single bank up to the individual quota. The project would also help service providers reduce operational complexity and lower the overall cost of bond issuance.

This project is the result of the collaboration of eight Thai institutions including the Thai Central Bank, the Bureau of Public Debt Management, the Thailand Securities Depository Co., Ltd, the Thai Bond Market Association and commercial banks such as Bangkok Bank, Krungthai Bank, Kasikorn Bank and Siam Commercial Bank.

Thailand on the path to digitalization of its activities

Thailand is one of the countries in Asia with an aggressive drive to explore the potentials of blockchain technology. The country, which is making progress in developing its central bank digital currency, began testing the MDBC with large corporations last July, ahead of its official launch.

Thailand’s experimentation with Blockchain initiatives also took a serious hit when the country unveiled its plans to overhaul the travel industry with the issuance of blockchain-based virtual visas.

The project will go further

In the next phase, the infrastructure will be extended to support all government bonds, both retail and wholesale, to fully meet the demand of all stakeholders.

The Thai state is aware of the advantage of blockchain in the world of finance. This is why he came to us with this project to sell a lot more bonds to finance his budget deficit.