In a recent tweet, John McAfee, a staunch cryptocurrency advocate, announced his withdrawal from his privacy-centric crypto project, GHOST.

“I am abandoning the GHOST project. Management is unable to make the project a success. It will undoubtedly fail. I tried to explain the fundamentals of management, but they fell on deaf ears. My apologies to those I have misled. Sorry ”

Indeed, it appears that McAfee is having major communication issues with the current project management team. In fact, a spokesperson for Project Ghost would have broadcast this message on Telegram just after McAfee’s publication:

“GHOST is an open source decentralized project. John can help market GHOST to his network or not, but this does not affect the GHOST blockchain in any way. John is in no way involved in the day-to-day operations, and has never been involved in the technology or construction of GHOST ”.

It is highly doubtful that McAfee intends to help in any way in the development of this project. He has even already planned to remove the Ghost tattoo he had had to demonstrate his change of course. Meanwhile, the price of the token is already a victim of the desertion of its initiator.

… and leaves the GHOST breathless. 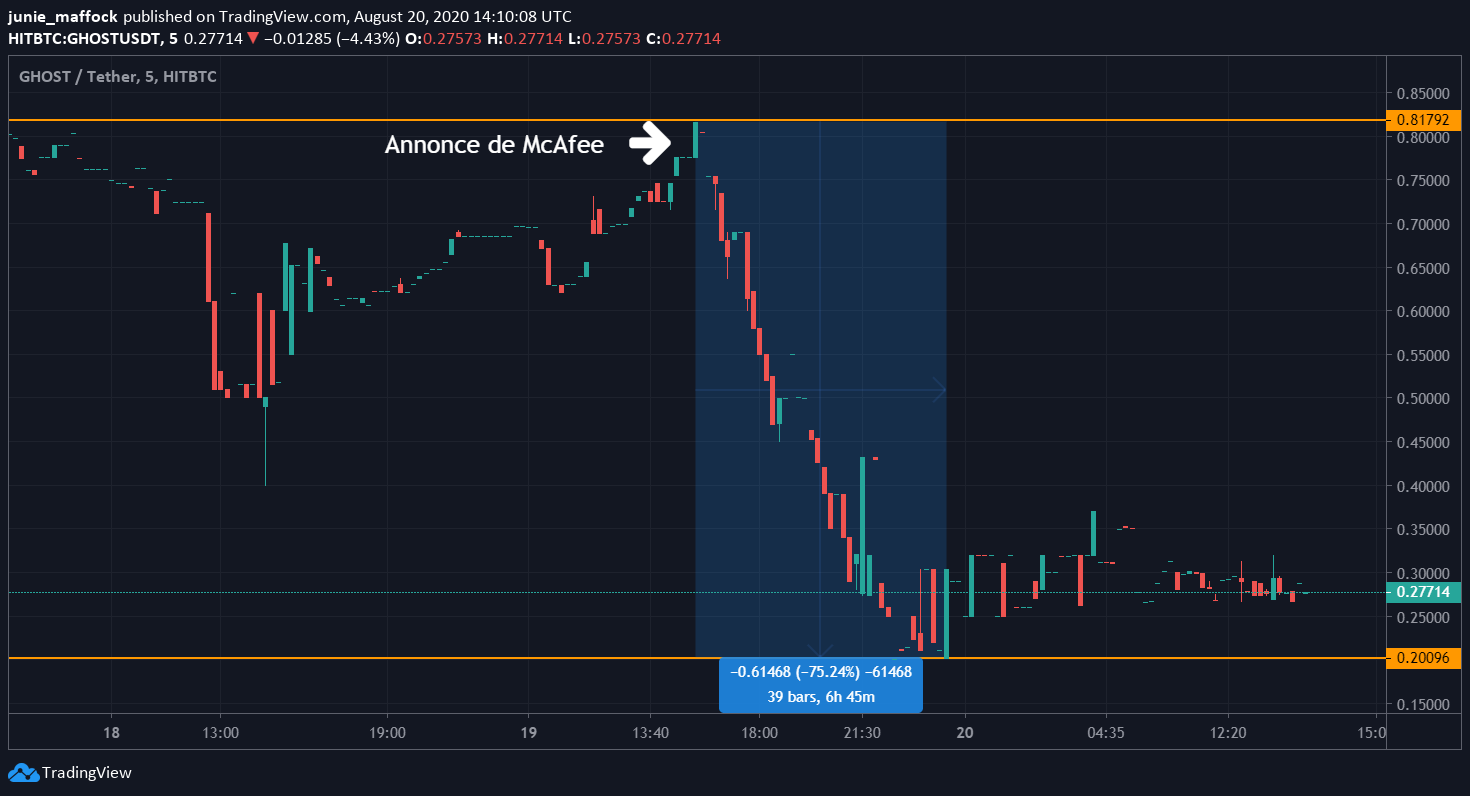 Having reached a total capitalization of 24 million dollars last June, it represents only 4.6 million dollars today. Before the announcement, it was still valued at $ 9.2 million.

It will certainly be difficult for the project to go up the slope. Despite the fine words of the team responsible for its development, McAfee’s announcement certainly strikes the final blow to the GHOST token.

About the Author : Junie Maffock

Driven by curiosity, I discovered a passion for cryptocurrencies and Blockchain technology. The crypto enthusiast that I am likes to observe the crypto universe with attention.
All articles by Junie Maffock.