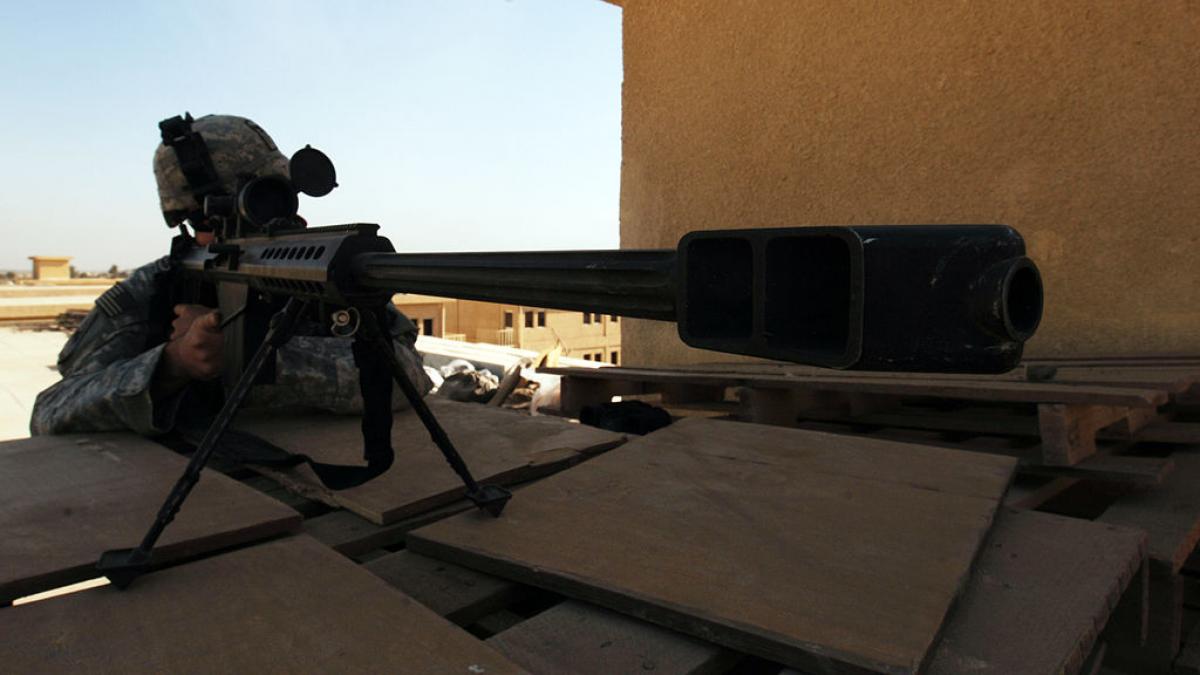 A British sniper has killed five Islamic State terrorists in Syria with a single bullet fired from almost a kilometer away, reports the Mirror.

The sergeant, belonging to the SAS (Special Air Service) killed a jihadist suicide bomber who carried a bomb, and the resulting explosion also toppled four other Islamists.

According to British sources, one of the dead is a senior military officer of ISIS.

The operation was carried out with the support of Kurdish rebels, who worked to locate the location of some terrorists.

The sniper used a .50 caliber Barrett rifle, the most powerful weapon your unit has.

The weapon is primarily used to hit larger targets such as lightly armored planes, cars, trucks, and tanks. Its impact on humans is devastating and a single bullet can tear off a limb.

So was the shot

The SAS team had been watching an alleged bomb factory ISIS for several days when they saw five men leaving the building.

One of them was filming a suicide bomber, who was smiling and chatting on camera.

The SAS soldier communicated by radio with his base, explaining that the terrorists had left and it had a clean shot.

A source from the operation told Mirror: “The plan at that time was take down the suicide bomber with the first shot and then the leader if they thought they could identify him. But we were lucky. “

“The target was at maximum range. The sniper adjusted to the wind, took aim, and gently pulled the trigger. He waited for the target to fall, but instead the guy exploded. When the dust settled, there were four bodies lying on which several pieces were missing, “revealed the source.

“That’s when it occurred to the sniper that the vest had detonated. When you take out a suicide bomber, you normally aim for the head. But this guy was at the extreme limit of the sniper’s shooting ability, so he went to the center of his mass: his chest, “they added.

The use of snipers is very effective in the fight against ISIS: “The terrorists are scared to death of snipers. We use silencers on our rifles that muffle noise. They cannot see or hear us and only know that we are close when the bodies begin to hit the ground, “said the source quoted by the tabloid.