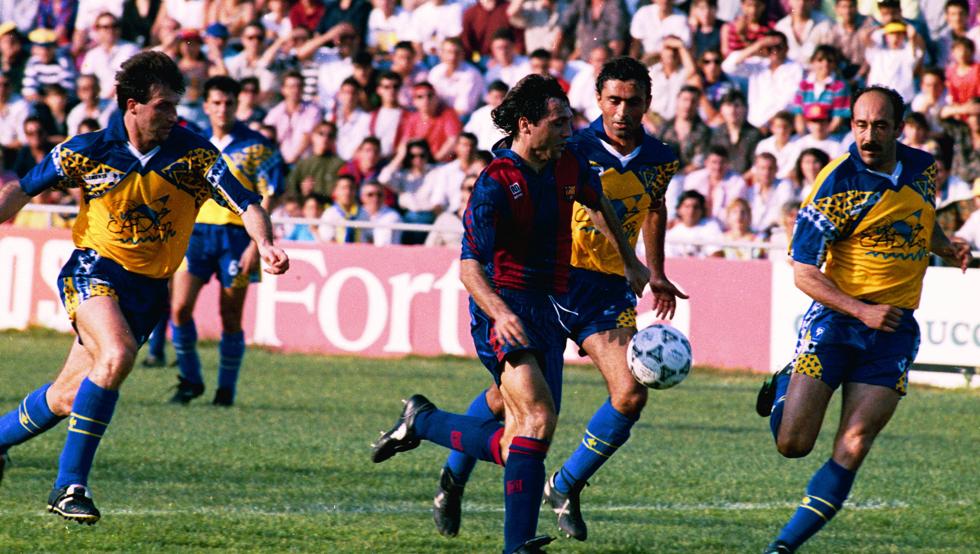 Cádiz receives Barcelona next Saturday at the Ramón de Carranza from 9 pm. The yellow team, promoted this year to the honor division of Spanish football, he has only beaten Barcelona twice in the twelve visits by the Catalans to the Ramón de Carranza stadium, although one of the triumphs is well remembered for the win that the team then trained by Ramón Blanco inflicted the one led by the also deceased Johan Cruyff 4-0, 29 years ago.

In that season 1990-91, the so-called ‘Dream Team‘He was the leader in the absence of five games and he only counted the days to be proclaimed champion of the League, but he could not do it in Carranza and had to wait for the defeat of Atlético de Madrid that same day against Real Sociedad, to certify in form mathematics the championship.

Barça arrived in Cádiz with an alignment in which they were Zubizarreta, Bakero, Beguiristain, Julio Salinas, the Danish Michael Laudrup or the current coach of the culé team, the Dutch Ronald Koeman.

Cádiz had a round afternoon in which they thrashed Barcelona with two goals from ‘Mami’ Quevedo, one of the Argentine Óscar Dertycia – nicknamed for his bald head ‘Mister Proper’ by the yellow fans- and another Pepe Mejias.

The second win for the Cadiz team against Barcelona at the Carranza stadium in the 1981-82 season, 1-0 thanks to a single goal from Ricardo Escobar.

Cadiz could start two draws to one goal against Barcelona in the 1983-84 and 1988-89 campaigns, while the other eight games played for both contenders in the Cadiz stadium they were settled with victories for Barcelona.

In addition, Barcelona has participated nine times in the Ramón de Carranza Trophy, which it has won three times, in 1961, 1962 and 2005.