The fan favorite mode, Undead Siege, returns with the launch of Call of Duty: Mobile Season 9: Nightmare on Wednesday, October 21 at 02:00 am CET. In Undead Siege, players return to an isolated Battle Royale map that is packed with Halloween Easter Eggs, new stories to discover, and hordes of zombies to survive.

If you want to “play a game,” a new drawing will be made available to players in Season 9 featuring Billy, the puppet from Lionsgate and Twisted Pictures’ iconic SAW franchise, along with other spooky SAW-themed items. In addition, players will have the opportunity to win 50 new levels of Battle Pass rewards. Season 9 launches with a new supply of free and premium content, including new characters like Nikto – Scarecrow and Artery – Nosferatu, a new operational weapon – Swordfish, a new kill streak, Blueprints, Calling Cards, Charms , COD Points (CP), and more releases throughout the season!

Here are some of the keys to Call of Duty: Mobile Season 9: Nightmare coming to Android and iOS:
Return of Undead Siege – Undead Siege, which takes place on the isolated BR map, contains gameplay updates as well as new and even more treacherous zombie enemies. Game mode changes: More types of zombies will appear in casual mode Zombies will now appear dynamically in both casual and hard modes New daytime missions ready to experience Various Players will be able to explore a collection of zombie-related Easter eggs and turrets, stories and much more Halloween has come to Undead Siege

Season 9 MapsHalloween Standoff is back in all his spooky Halloween decorations, and Modern Warfare’s Hovec Sawmill makes his Call of Duty: Mobile debut.
New multiplayer mode – Drop Zone – In this new mode, first introduced in Call of Duty: Modern Warfare 3, teams battle for mastery of a designated drop zone that rotates throughout the game. Drop Zone will be available at the launch of Season 9.
New themed event – Trick or Treat – Players go door to door trick or treating with their friends and NPCs. If they are cheated, the player must complete a task to receive candies (Event XP), if on the contrary in a room they accept the deal, they receive the candies immediately. Event XP can be redeemed for theme-specific rewards.

Players can also look forward to new seasonal challenges, lucky draws, bundles, and much more available in the store once the season begins.

The official trailer for Season 9 can be found here. 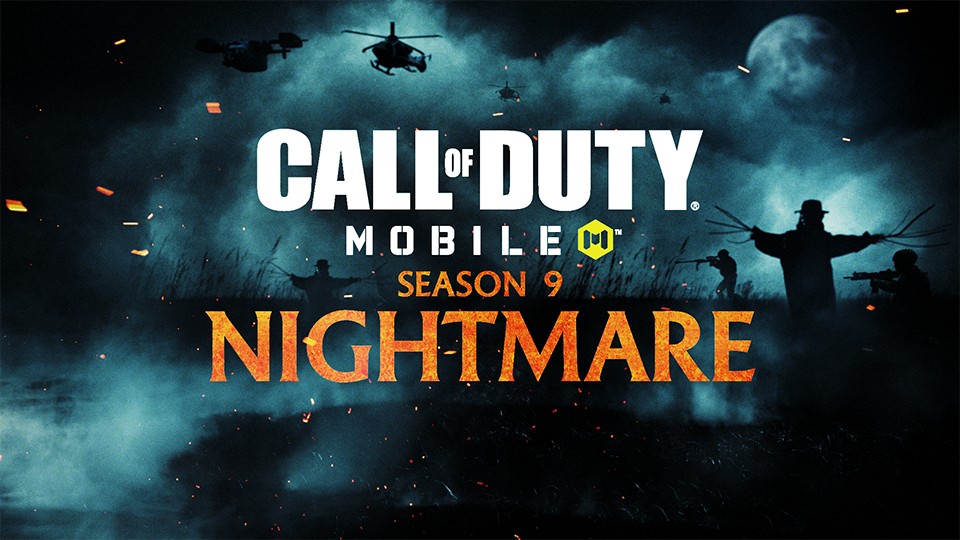