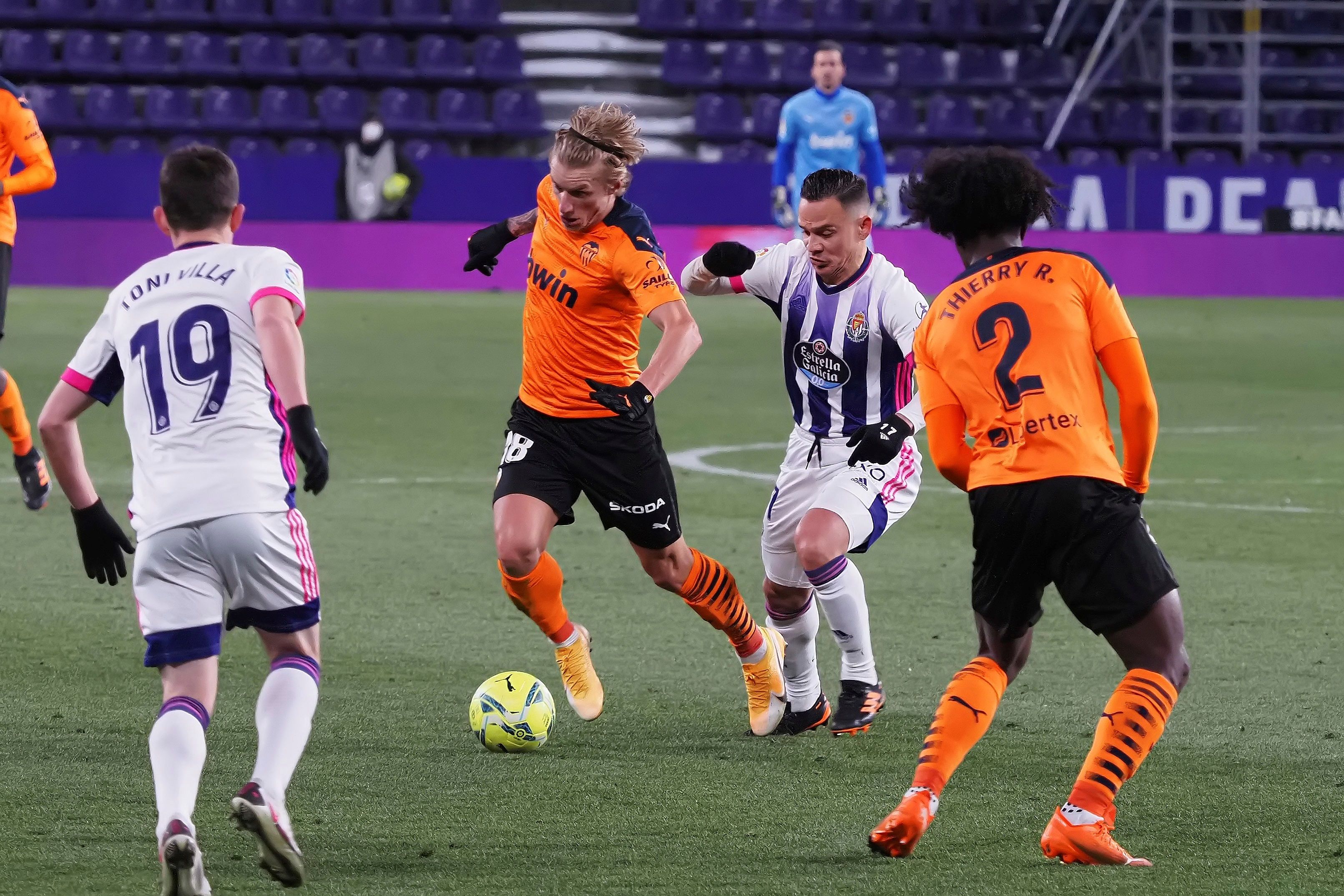 The storm Filomena has shown that football goes far beyond the players. Without the anonymous workers, who both in Valladolid and in half of Spain have made an effort to remove the snow on the fields, there would be no games to watch at home, with or without the blanket that would be essential on winter nights like Zorrilla. The stage of pneumonia housed a first part of Valencia’s domain. Such are the contrasts of a great of Spanish football who flirts with the descent that his greatest stiletto is a defender. Gayà, who does not take prisoners when he gets up, had the clearest in his boots. The stick repelled it after Masip brushed a powerful shot and then Soler ran into the goalkeeper’s mitt again. First notification.

The clash began based on the rapid transitions of Valencia, with Racic as the absolute red light for the local creation. Jota, with a jota of a gamer, commanded the few pucelanas attempts with those races and those gestures that unequivocally indicate that he is a great player. Her interactions with Weissman, who whenever he touches her does what a striker should do, was the biggest concern for the visiting defense. Those in orange were little demanded in the first half by a cold rival, again more aware of their opponent than showing their virtues, which some have, as reflected in Getafe. If quality is already poor in this League without the encouragement of the people, it hurts more that the carats are repressed by conservative approaches.

The passage through changing rooms offered a somewhat more ambitious version of Sergio’s. The play that almost changed the sign of the match was curiously first cousin of the one that brought three points from the Coliseum. Nacho prolongs for Kike and he puts it into the area, but this time the Hebrew attacker was missing a few foot sizes to plug it in.

The shock woke up the orange team, active on the wing and agile with the ball until Carlos Soler, with a long shot that Masip ate, opened the scoring. A shot from outside the area that enters through the middle is always demerit for the goalkeeper, especially in First and not in Regional.

There were 15 minutes remaining and Javi Gracia was breathing after so many shocks on that bench that is an electric chair. One could only hope and endure a dream result for those who had not won since November. The Pucela, without ideas, depended on the kiss of fortune. Chance was elusive in a Hervías center-kick that did not find a friend in a small area.

The final minutes led to a frenzy not seen until then that could alter that 0-1 so lonely that it seemed immovable. The VAR invalidated a goal from Manu Vallejo after a ruckus in the area and the shadow of the tie returned to plan with a pucelano header to the post in the last play, until the final whistle sounded. Valladolid, inoperative in approach and in reaction, is overtaken by a Valencia that takes air with respect to the dreaded red zone.