One of the most solid promises of Zanfer, the Ensenada Carlos “Chema” Ocampo, will have a demanding international test this Saturday, at the Grand Hotel Tijuana, starring an attractive Zanfer function that will be broadcast by Azteca 7, the Casa del Boxeo.

Ocampo comes from knocking out Abraham Juárez in a round, last January on the same stage, and seeks to extend his great moment of six consecutive victories, since he lost undefeated against Errol Spence in June 2018, contesting the world Welterweight championship. FIB. 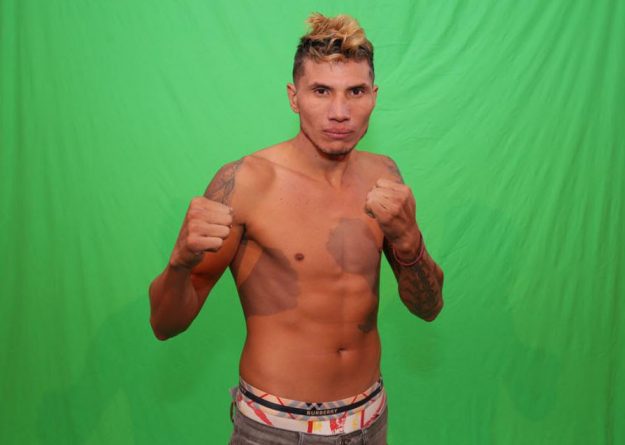 However, it will not be an easy duel for the Baja Californian, as he will face a Venezuelan with great experience and skill. With 25 knockouts of his 30 wins, it is one of those rare cases in boxing where a left-handed boxer has power with both hands, to resolve the contest at any time. And he’s only been knocked out once. His native Venezuela and Panama have been the countries in which he has fought the most, but he also has presentations in Spain and Kazakhstan, and has been Fedebol and Fedelatin champion.

The fight between Ocampo and Matute, which is expected to be highly contested and full of action, will be backed by another duel that is expected to be explosive and with constant exchanges of blows.
In Tijuana’s “spoiled child”, Dubiel Sánchez (16-0-2, 12 ko’s), used to seeing his name in the Tijuana Boxing Commission’s “Fight of the Year” nominations, will put his unbeaten record at risk against the easygoing Rubén “Romano” Orozco (12-2-0, 5 ko’s), in a 10-round match in Superwelter.

Last January, Sánchez had a fight of great demand and wear against the experienced Guadalupe “Bronco” Rosales, and now he goes before the “Romano” Orozco, who, like his rival, likes to exchange blows in the center of the ring. , so the fight must be a scream.

However, he will not be able to keep “the public on the edge of their seats”, as there will be no public. The boxing evening will be held behind closed doors, following the prevention and health protocols of the local health authorities, and the Tijuana Boxing Commission.

The Covid tests will be applied this Thursday, starting at 5:00 p.m. The medical examination and weight ceremony will take place on Friday at noon, and the Saturday function will begin at 3:00 p.m., where prominent local, regional and national boxing prospects will participate in its preliminary part.