Chiquis Rivera and Lorenzo Méndez could be together again.

Chiquis Rivera and Lorenzo Méndez could have reconciled after being caught this weekend while enjoying time together in El Paso, Texas. In mid-September, the couple announced their separation through a press release on the Instagram social network.

In the clip that was released on Instagram, Lorenzo Méndez appears filming a video that corresponds to the musical theme “Amarga Navidad”. Also, Chiquis surprisingly appears in the images wearing a very casual outfit and supporting her ex-partner.

According to information reviewed by the Mexican show ‘Sale el Sol’, Chiquis Rivera could be in the sweet expectation of her first child with Lorenzo Méndez: “Some say that Chiquis looked for Lorenzo to have a reconciliation and resume her marriage because she has four months of pregnancy and just found out ”.

The Telemundo television show “Un Nuevo Día” reported that the daughter of the well-remembered ‘Diva de la Banda’ traveled by car from Los Angeles to El Paso to see Méndez and “apologize”.

Users on social networks did not take long to react to the alleged reconciliation of the famous couple: “He looks so happy”, “God is good. He knows that everything is for their good “,” If their love is real they can fix their quarrels “,” How good “,” I think they are and form a beautiful couple, they deserve to be happy.

So far, both Rivera and Méndez have remained on the sidelines of providing statements regarding their alleged love reconciliation after several months apart. 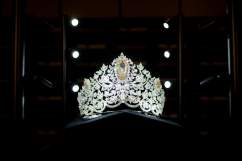 Chiquis Rivera and Lorenzo Méndez: When did you announce your separation?

In September, Chiquis Rivera took to her official Instagram account to announce that she had decided to end her marriage with Lorenzo Méndez after just over a year of swearing eternal love in a majestic and romantic ceremony in California.

“With a heavy heart he informed you through this medium that Lorenzo and I have decided to separate. It was a mutual and difficult decision, but necessary, ”Rivera announced in a press release that shortly afterwards decided to remove it from his Instagram profile.

The interpreter highlighted at that time that with the announcement of her separation she did not intend to generate a scandal or gain publicity: “No, this is not something that I am publishing to cause controversy or publicity, far from it. This is our private life that we have decided to share with you these last four years and for that reason I feel the need to let you know ”.

Chiquis Rivera and Lorenzo Méndez seized the main Spanish-speaking press headlines after getting married in a ceremony held in June 2019 at the Westminister Presbyterian Church in Pasadena, California.

Since they made their marriage official, Rivera and Méndez had been very open about everything related to their life as a couple and were considered one of the most mediatic relationships in the entertainment industry.

In June 2020, Lorenzo Méndez announced that he was facing a crisis in his marriage with Chiquis Rivera: “I want to share with you in my own hand that there is a marriage crisis with my still wife, like any couple we have differences , as well as different opinions, which we trust in having the wisdom to resolve them together, always with the respect we deserve ”.

In the past, the couple managed to overcome various adversities that arose throughout the love relationship they had. However, his fans were speechless when they announced in September 2020 that their separation was already a fact.

Chiquis Rivera announced that she plans to become a mother

At the beginning of November, Chiquis Rivera offered a revealing interview to the television show “Sal y Pimienta” where she stated that she did not rule out the idea of ​​becoming a mother in the not too distant future. However, the singer pointed out that at this time she was not ready to assume the role of motherhood.

When referring to the freezing of her eggs, Jenni Rivera’s daughter admitted that it is one of her plans for the first trimester of 2021: “I have plans to do it in January, I do urge me to freeze the eggs because I would like to. I think she would be an excellent mother. The day God gives me the blessing of being a mother, my world will be completely different.