Chiquis Rivera: “I had a girlfriend and my mother did not accept it”

The singer and television presenter Chiquis Rivera told for the first time how her mother, the late singer Jenni Rivera, reacted when she found out that she was romantically involved with a woman.

“I was 23 years old, and I loved that girl. It was not a sexual relationship, it was more mental, it was kissing and holding hands. I did not feel pressured to have sex, I had been sexually abused and I liked to feel that someone loved me without wanting to touch me sexually, “revealed the 36-year-old artist during the broadcast of her podcast Chiquis and Chill, whose chapter was titled” Coming out of the closet in the Latino community ”.

“My mom was a very open and tough woman in some aspects of her life. She realized (the relationship) because my sister told her. She is no longer there to defend herself, but it is the truth, and with all due respect, her reaction was’ if you want to be gay and you want to be with this girl, you have to move and you are going to lose all the benefits you have as my daughter “, affirmed the interpreter of “Anyone” in the chapter of her podcast where she delved into how difficult it is to come out of the closet in the Latino community.

The eldest of the Rivera brothers said that she thinks that her mother would not have taken in a good way the situation that her brother Johnny, 21, is currently facing, who has not yet been able to define his sexual identity, after having maintained heterosexual and homosexual relationships.

“It’s difficult, because I had never said this openly, you know? I never wanted to make my mom look bad. We all have to respect the thoughts and feelings of others and (understand) the way she was raised (…) But yes, I think she would have faced it and it would have been more like ‘what am I doing wrong as a mom?’ I would have blamed ‘it’s because I’m not here, this happens because I work a lot,’ “he explained, after revealing that he regrets that the issue of sexual identity continues to be taboo.

Regarding how he has faced the complications that his brother Johnny has had to come out of the closet, Chiquis revealed that it has encouraged him to live fully in the way he feels best. “I told him: I want to see you happy. When you no longer carry that weight and say this is who I am and you accept yourself completely first, then everyone will see you that way and they will have no choice but to accept you, and then you can fly. I have seen that since he spoke of the subject publicly he is better ”, concluded the singer. 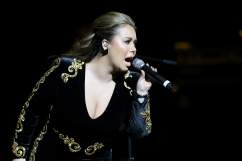 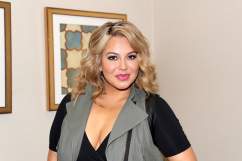 More Chiquis and the Rivera

Galilea Montijo Did you participate in business with Gómez Mont?

Game of Thrones: George RR Martin learned that the series lost its way from the fifth season

INJURY NEYMAR | Pochettino: “Losing a player like Ney for so many weeks is always bad”