Chiquis Rivera is not only considered one of the most successful singers in the Latin entertainment world, but is also an influencer who is always trying to motivate her millions of followers to fight against stereotypes.

And this time, the daughter of the late singer Jenni Rivera, took advantage of her social networks, not only to show off her attributes, but also to send a strong message to those who still live promoting misconceptions about the false perfect beauty.

Chiquis Rivera, who is on vacation on the paradisiacal beaches of Tulum, in Mexico, posted a video on her Instagram in which she can be seen sunbathing on the beach, with a white bikini that displayed her beauty.

The striking clip, in which Chiquis is seen with loose hair and outlining a smile, was accompanied by a powerful phrase, where Chiquis defended stretch marks and cellulite, as well as any other characteristic considered by many as imperfections, which in In reality they are nothing but seals of beauty of each one.

“With scars, stretch marks, cellulite, and all my blemishes… I LOVE me !!!! I ACCEPT myself and I like myself VERY well! THANKS TO GOD !! ”, said the 35-year-old singer, sending a message of acceptance in her fight against harmful social conceptions of what should be considered beauty. #NoFilter #NoEdit #NoFaceTune 💋 “, added the still wife of Lorenzo Méndez, who looked natural in his video.

And the success of Chiquis Rivera’s publication was such that in just a few hours the interpreter achieved almost 1.5 million views and hundreds of comments.

The artist’s video unleashed an avalanche of praise for Chiquis, who received all kinds of messages from her fans, who agreed that she looks very pretty.

“Why are you so beautiful”, “You don’t get tired of being so beautiful”, “Where do you carry so much beauty?”, And “You are the most beautiful woman my eyes have seen”, were some of the comments made before the video of Chiquis Rivera.

There was even a follower who, knowing in advance that there will be no shortage of those “haters” who will release unfair, cruel and offensive comments towards the singer, took the opportunity to send a message to the artist.

“If your shine bothers them, put glasses because you will continue to shine BEAUTIFUL. I love you ”, commented the follower of Chiquis.

The sensual publication of the singer comes just a couple of days after she caused a stir in social networks, after sharing a beautiful photograph with which she showed off her black lingerie. 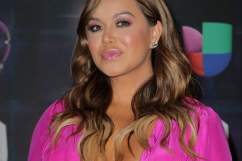 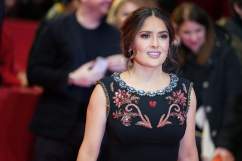