As we publish here, the Mexican actor and singer, Christian Chávez, a former member of the RBD group, is once again in the eye of the hurricane, this time because unconfirmed rumors of his possible infection with the acquired immunodeficiency virus (HIV) are returning. , with whom the interpreter would live since before 2016, when the magazine TVNotas published said information, including his constant contact with sex workers, to whom he allegedly offered money to have unprotected relationships.

The former sex worker, known by the name of “Josh”, revealed that he lives with HIV and that it was Chávez who infected him, so he is willing to initiate a legal process against the interpreter, since they have unprotected sex, Knowing that you are infected with HIV and could threaten the health of your partner, it is a crime severely punishable by law in the United States, more specifically the state of California, where the 35-year-old resides, who assured TVNotas in an interview , having met Chávez “by chance”.

“The first time we didn’t go into the house, we went up to a terrace. He told me he had ‘sweets’ (drugs) to have a better time, he offered me some and I accepted to break the ice; Well, he was already party. ” Josh said about his meeting with former RBD Christian Chávez, according to the TVNotas interview.

The Mexican had not spoken a word until today, when through his stories on his Instagram profile, he was charged with a strong message to deny the accusations. “One cannot go through life clearing up rumors and gossip, let them think what their #### wins and that’s it …” Chavez said, implying that this is the last time he will comment on the subject. 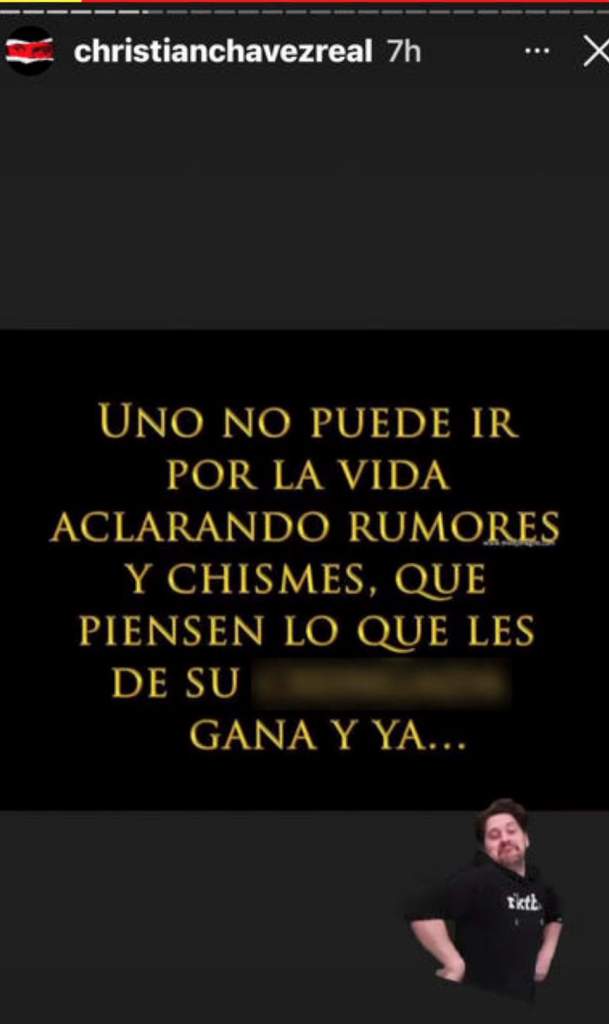 Christian Chávez is currently in the city of Miami, Florida, recording the telenovela “La Suerte de Loli” for Telemundo. What will be the plot of this new fiction? Loli is a single woman, and has no commitment that holds her to anything, very free and a successful professional as a radio producer. As for her personal life, Cupid has not knocked on her door and she has never been a mother, but a surprise situation will change her life, when her best friend dies and Lori becomes the legal guardian of her children. The telenovela is scheduled to be released next year.