The most explosive edition! Tesura Games is proud to announce that Colossus DownThe latest Psychotic Adventure from development studio Mango Protocol is now available in two wonderful editions, Normal and Destroy’em Up for PlayStation 4 and Nintendo Switch.

Handle Protocol They are the masterminds behind the adventures of MechaNika, Agatha Knife and Colossus Down.

Join Nika, MechaNika, Agatha and the Great Bleeding Pig on this quirky and wacky mission of destroying all that is not cool.

Nika He has just completed the first phase of his plan to destroy all that is not cool: the construction of a combat mech called MechaNika. There is no time to lose, so join her, take control of MechaNika and devastate the entire planet. You have to do away with history books, planned obsolescence, cheesy little dresses, endless sagas of boring video games, and mashed peas.

And if there is anyone in the world who hates vegetables more than Nika, it is her friend Agatha, the insomniac butcher and prophetess of Carnivore who loves animals and their juicy meat alike. So when he learns the goals of Nika’s plan, he soon joins the mission of destruction alongside the Great Bleeding Pig, god of Carnivorism, to subdue any grass-eating heretic who stands in his way.

But be careful, because along the way you will realize that Nika and Agatha are not the only ones who have a plan to change the world and that things are not as simple as they seemed at first, so you will have to make complicated decisions and irreversible to achieve your goals or give them up.

Features Join Nika and kill everything that is not cool at the controls of MechaNika. Turn the mission into a 2 player co-op adventure with Agatha and the Big Bleeding Pig. Manage your resources during combat and strategically execute endless combos to deal more and more damage to your enemies. Unlock the Idiot Gutter, Rending Tornado, Groundbreaker, Scarlet Vomit, and up to 8 devastating special attacks. Take on countless challenging challenges in a combination of beat’em up action, shoot’em up, platformers and puzzles. Discover the Neon District, Dulcelandia and the rest of the Psychotic world through 18 totally different levels. Find all the geek references illustrated with a unique visual style. Enjoy a varied, dynamic and immersive original soundtrack. Make crucial decisions during the adventure and discover the 4 possible endings for this twisted story. Complete the mission with infinite respawns or with a single chance in permadeath mode, if you dare … The Destroy’em up Edition of Colossus Down includes: Special Box Set “Destroyer Breakfast” Art Book (90 pages) CD with the OST Pin PVC Sticker Set 3 Mini Comics Washi Tape Combat Card Collection

Colossus Down is now available in Normal Edition and Destroy’em up for PlayStation 4 and Nintendo Switch in major video game stores and Amazon. 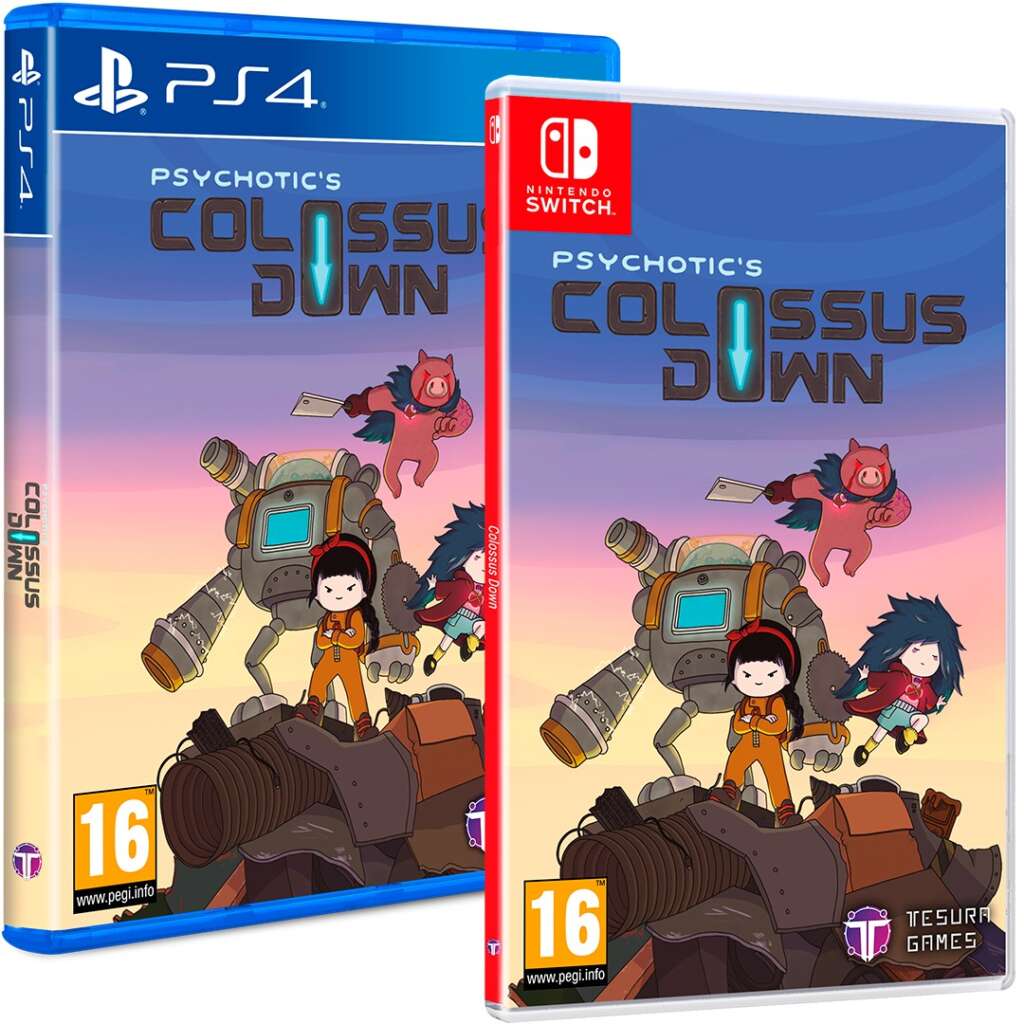