Couple arrested after having oral sex on Florida patrol

The couple was filmed having oral sex in the back of the patrol car.

A Florida couple was arrested for having oral sex in the back of a police car, action that they recorded, as reported in an arrest warrant.

The cops offered to take their passenger, also 24-year-old, Summer Watkins, to a gas station, but apparently she had other plans.

“Affection, we should record an OnlyFans video here“Watkins allegedly told Noa when they were inside the police car. 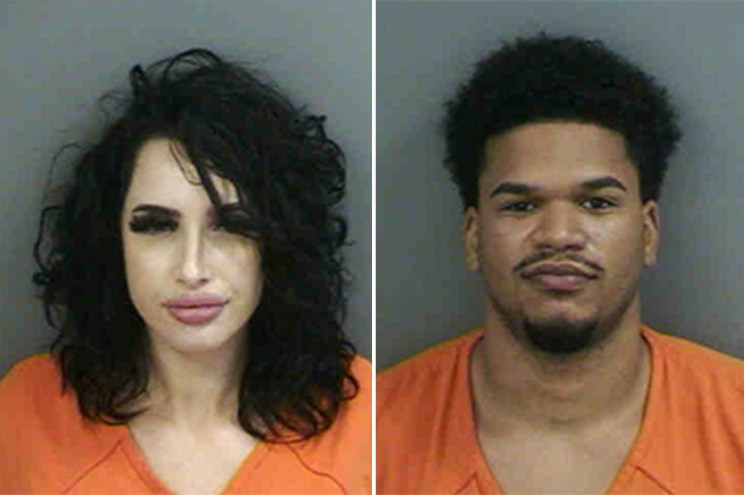 When Noa was also loaded into the back of the same cruiser, Watkins allegedly asked the police officer, “What if we have oral sex here?” “I told him I couldn’t do that,” said police officer JD Pérez-Morales

However, the officer left them alone in the back of the car for just a few seconds and when he returned the couple were practicing oral sex.

“Shortly after I closed the door, Mr. Noa pulled his penis out of his shorts and Watkins leaned in and began to have sex now.l, ”Pérez-Morales reported.

Watkins also filmed the act with his smartphone, while saying that “he was practicing oral sex in a police car”, for which the officer arrested both.

The woman was later released from jail on a $ 1,000 bond and arraignment was scheduled for December 16.

Noa was arrested for driving with a suspended license, possession of a controlled substance, as well as indecent public exposure and breach of the peace.

The subject was also released from jail and is scheduled to be arraigned on December 13.

Also read:
New Jersey man kills his daughter with a baseball bat, then kills himself
Former New Orleans stripper is accused of sexually abusing a boy and a dog
Michigan woman tries to hire hit man on fake website to kill ex-husband

Karol G and Anuel AA perform on stage during their concert at the United Palace Theater, New York. Photo: Steven...