Two of the most powerful international voices of country and pop join forces in one of the most relevant collaborations: David Bisbal and Carrie Underwood debut together today performing for the first time an epic bilingual song, “Tears of Gold.”

“Tears of Gold” continues a prolific musical period for one of the most important singers in Latin music of the past two decades, David Bisbal, a vocalist who emerged from the popular television contest Operación Triunfo and who has been recognized with 3 Awards Latin GRAMMY®, 3 Latin Billboard Awards, having collaborated with Rihanna, Luis Fonsi and Miley Cyrus.

David Bisbal has dedicated the quarantine time to work and prepare for the release of this new single feat. Carrie Underwood who directs the spotlight on the next re-issue of the album ‘En Tus Planes’ and which contains additional songs and visual supports of performances in CD and DVD format available next Friday, December 11,’ En Tus Planes, Edition Special, Always With You ‘.

“I am very proud of our collaboration. The video shot in Los Angeles was very special because I love Carrie and I truly admire her courage. She has shown deep admiration for the Spanish language with her powerful voice and I am very honored to collaborate with her on her first bilingual song. I hope you enjoy the mix of country and pop on “Tears of Gold” as much as we do, ”said David Bisbal through a press release.

Country star Carrie Underwood’s first Christmas album, ‘My Gift,’ is currently at the top of various American and worldwide sales charts, and contains a mix of beloved traditional Christmas themes that celebrate the spirituality of this time of year. plus quite a few original songs. 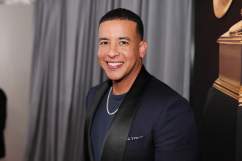 David Bisbal: What you need to know about the artist

David Bisbal is the most relevant Spanish vocalist and a star propelled by two decades of international achievements that attest to his thriving global music career. It emerged from a television talent contest by voting, Operación Triunfo, in 2001 and today the multi-platinum singer and admired international talent has 3 Latin GRAMMY®, 3 Latin Billboard Awards, 3 World Music Awards and 2 Ondas Awards, among the more than 80 national and international awards received.

David Bisbal is acclaimed on both sides of the pond thanks to the 11 Diamante albums received in his career for the sale of his albums, among them: “Corazón Latino,” “Bulería,” “Premonición,” “Sin Mirar Atrás,” “ Tú y Yo, ”“ Hijos del Mar ”and their latest platinum studio album,“ En tus Planes ”.

The catalog of songs of the famous artist exceeds 800 Million accumulated global streams, which includes songs such as “As of today” feat. Sebastian Yatra and “Perdón” with Greeicy, in addition to the recent “Abre la Puerta” feat. Alejandro Fernandez.

Carrie Underwood: What you need to know about the singer

Carrie Underwood grew from being the promising winner of the 2005 American Idol contest to becoming a true multi-media and multi-format star, with hits in music, television, film and now books, as a New York Times bestselling author. His 7 albums, including the Greatest Hits, are platinum or multi-platinum, with more than 64 million records sold worldwide, 27 # 1 singles, 14 of which are his compositions and he continues to deplete his entries. concerts in North America.

Underwood has obtained more than 100 relevant awards, among which are 7 GRAMMY® Awards, 15 ACM Awards, including 3 in the category of Artist of the Year (she is the first female artist to achieve it twice and since 2020, the only one in have the triplet), 22 CMT Awards, where she has the award challenge obtained during the delivery ceremony, 7 CMA Awards, 15 American Music Awards, the 7th for the Country Preferred Female Artist and the 6th victory for Favorite Country Album by Cry Pretty, beating the AMA record for being the Most Time Favorite Country Album Winner.

Carrie Underwood is the most followed country artist on Instagram, Twitter, Facebook, and TikTok. She is a member of the Grand Ole Opry and the founder and co-designer of the fitness and lifestyle brand, “CALIA BY Carrie Underwood”. In March 2020, HarperCollins / Dey Street published their 1st book FIND YOUR PATH: Honor Your Body, Fuel Your Soul, and Get Strong with the Fit52 Life, a fitness and lifestyle book where they share their belief that the adventure of taking care of yourself is for a lifetime and use common sense perspective to be active, eat right, and look as good as you feel.