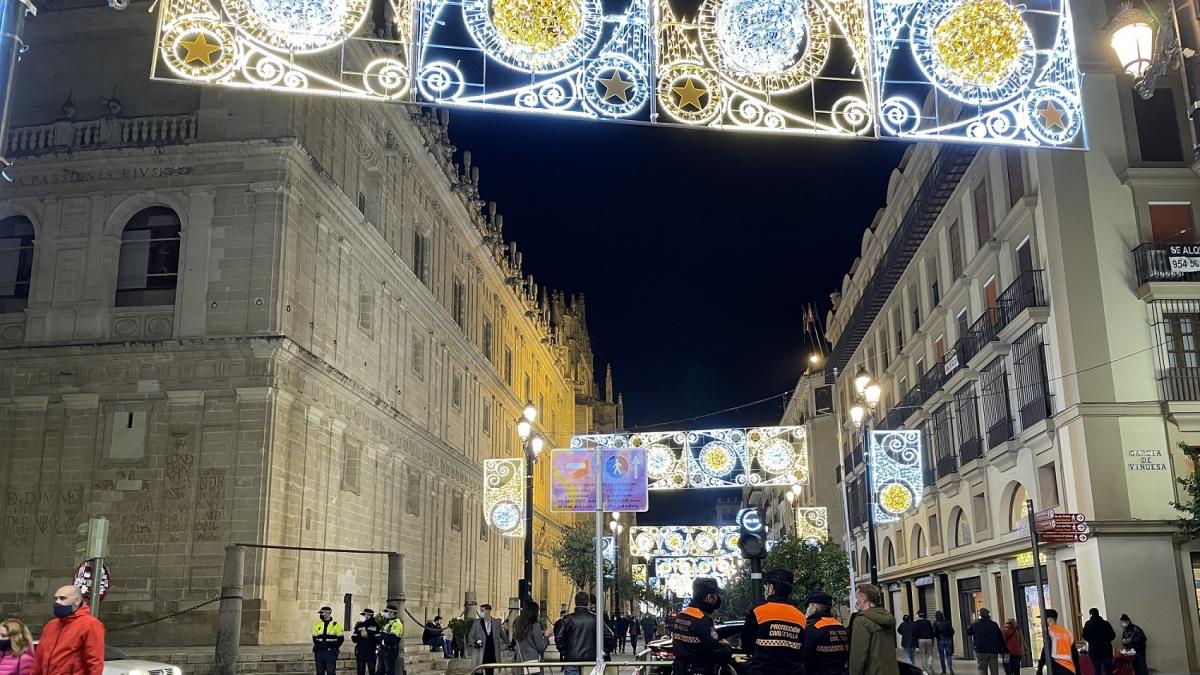 Andalusia already has a plan for Christmas: a de-escalation in two phases in which progressively Mobility in the community as well as business and hospitality hours will be expanded. This was announced this Thursday after the meeting of the Advisory Council on High Impact Public Health Alerts, the president of the Board, Juanma Moreno, who was aware that with the measures adopted “we do not satisfy everyone” and that “they are not everything flexible that many people would like, “but” it is the moment of prudence and common sense, “because” the excesses in December will be dramas in January, “he said.

This type of de-escalation in phases, explained the leader of the autonomous government, will allow experts to be able to “evaluate the result of the past bridge and to be able to gauge the effects of a possible rebound”, since “to this day it still does not we can calibrate. “

Thus, the first phase of the de-escalation will begin this midnight and will continue until Thursday 17 of this month included. During this period, the Board will allow the mobility between the municipalities of the same province, thus decreasing the perimeter closure of the localities that governs at this time. In addition, non-essential shops may remain open until 9:00 p.m. – three more than currently – while the same current restrictions will be maintained for the hotel industry, that is, they will have to continue closing at 6:00 p.m. until the 17th.

In this first phase, the curfew will not vary either decreed throughout the community, established between 10 p.m. and 7 a.m.

Second phase: from December 18 to January 10

The second phase of the plan, between Friday, December 18 and January 10, includes Christmas itself and will involve further relaxation of measures, as long as the epidemiological situation does not worsen. These days, mobility is further expanded, allowing the Board to be able to circulate freely between the eight provinces of Andalusia.

The shops will be authorized to open in their usual hours and the hospitality sector will have an extended schedule, although with a ‘split day’. In this way, bars and restaurants will be able to open until 6:00 p.m. in a first shift, and then close and be able to raise the blind again between 8:00 p.m. and 10:30 p.m.

The reason for this special schedule by sections is “to avoid prolonging that time of stay in hours that are very sensitive to contagion because, according to experts, this is when there is greater relaxation “among clients, Moreno explained.

Also in this phase, the curfew is relaxed, which is reduced by one hour both at the beginning and at the end, thus leaving night mobility restricted between 11 p.m. and 6 a.m..

In addition to these two phases, and with a view to the specially designated dates, the Board has established a series of specific measures between December 23 and January 6, period in which the community will no longer be closed perimeter, although opening only for family reunification. As the president announced a few days ago, the Board has decided to delete the term close “as it is considered ambiguous, which would make it difficult to control those who have to enforce this rule.”

On December 24, 25 and 31 and January 1, will be allowed family gatherings with a maximum of 10 people, while the remaining days the figure of six is ​​maintained. In any case, the Board “recommends” not to exceed the two groups of coexistence in these meetings. The curfew on Christmas Eve and New Year’s Eve, as decided by the Interterritorial Council, remains at 1.30 am.

Finally, the Executive will allow the opening of the Sierra Nevada ski resort as of Friday 18 of this month.

The Junta de Andalucía will allow between December 22 and January 7 (both days inclusive) the departure of the elderly from the residences in which they live so that they can enjoy the Christmas holidays with their families, but as long as a series of requirements are met.

Thus, as explained by the president, Juanma Moreno, the management of the residential center must certify that the eldest is “stable, without symptoms” and that he has a negative coronavirus test in the 72 hours prior to his departure. Likewise, the elderly must spend their stay outside the residence in a single family home and with a “long stay”, for a period of at least five days. During this stay, their relatives must carry out “active surveillance” to make sure that the elder is well and warn at the slightest sign of contagion.

Finally, and in order to return to the residence after the holidays, the eldest must provide another test with negative result 48 hours in advance.

Of the 1,107 residences that the Board keeps under active monitoring, 93.5% are free of coronavirus right now.