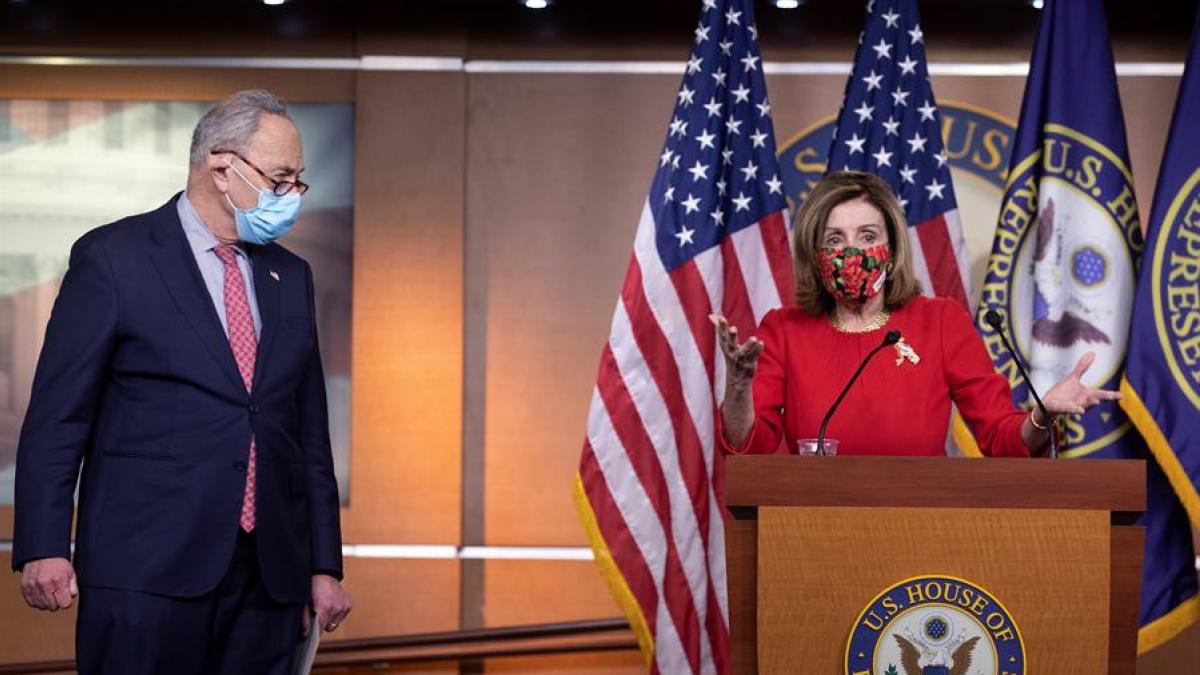 The president of the US House of Representatives, Democrat Nancy Pelosi, assured this Sunday that she will seek this Monday to pass a resolution in Congress to urge Vice President Mike Pence to invoke amendment 25 of the Constitution to remove the president, Donald Trump, and that otherwise will initiate the legislative process with a view to open a political trial (impeachment) to the president on Tuesday.

“In protecting our Constitution and our Democracy, we will act urgently, as this President represents an imminent threat for both, “Pelosi said in a letter to legislators after the assault on the Capitol by a mob of Trump supporters, which resulted in five deceased, among them a policeman.

“As the days go by – the Democratic leader remarked in the letter – the horror of the ongoing assault on our democracy perpetrated by this President intensifies and with it the immediate need for action. “

This Monday morning, Pelosi will ask the House for a unanimous resolution to ask Vice President Pence to invoke Amendment 25 to the US Constitution that allows disqualify the president due to his inability to govern.

To do this, Pence should step up and count on the mid-cabinet back presidential, something that seems unlikely at the moment.

“We are asking the vice president to reply in 24 hours. Then we will proceed to bring the legislation for impeachment to the full House, “Pelosi reported.

The Democrats with a majority in the House of Representatives plan a charge of “inciting insurrection” against the president of the United States to open a new impeachment against him, and that would make him the the only president in US history to be tried twice.

Subsequently, it should be subjected to impeachment properly in the Senate, although this chamber is in recess and does not plan to resume activity until January 19, one day before taking office of Democrat Joe Biden as president.

Given the short time frame, Several Democratic heavyweights in the House on Sunday raised the possibility of filing the charges against Trump, but not sending them to the Senate until the first 100 days of Biden’s arrival have passed to the White House so as not to condition the beginning of his mandate.

This scenario was endorsed by Democratic Representative James Clyburn, who pointed out this Sunday that Biden would be given “the 100 days he needs to get his agenda in motion, and we may send the articles at some point after that.”

Meanwhile, this Sunday continued Trump’s silence, whose Twitter and Facebook accounts were suspended this Friday for “risk of inciting violence.”

The White House has reported that its first official act after the assault on the Capitol will take place on Tuesday when the still president travels to Texas to visit the wall construction work border with Mexico, the symbol of his tough hand in immigration control.