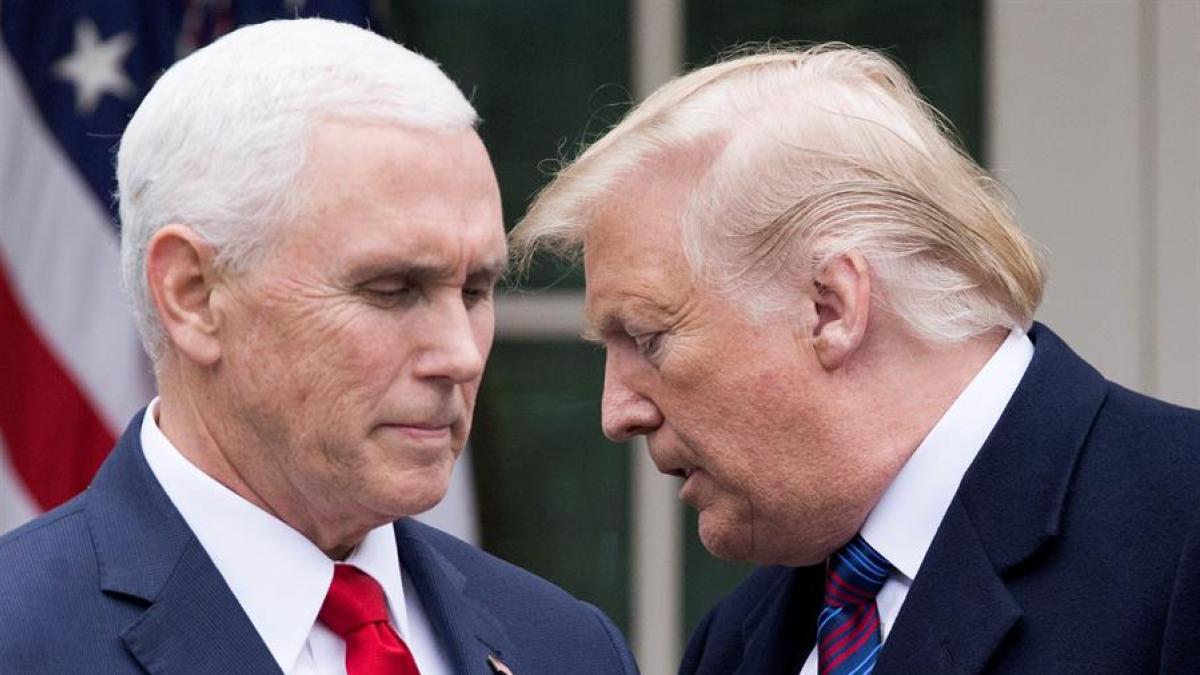 Donald trump still in focus. It has never stopped being. The assault on the Capitol has opened a new chapter around the figure of the outgoing president of the United States, when there are only a few days left before he leaves office permanently. On January 20 Joe Biden will take office in almost unbreathable weather across the country and with a process of impeachment on the table.

The Speaker of the House of Representatives, Nancy Pelosi, has already activated the process to “disqualify” Trump, accusing him of various charges derived from his mandate. Some sources say he could enlist the support of up to 20 figures from a Republican party that is also divided.

The impeachment is, directly, a political judgment. It takes place in the United States Congress, with the aim of carrying out a possible removal of the president. The Constitution, in this sense, emphasizes that the president “must be removed from office if he is accused of and convicted of treason, bribery, or other crimes or serious crimes.”

With regard to impeachment, there are two types of evaluations, “he clarifies to 20 minutes the jurist and political scientist, Edu Bayón. The first is “due to the suitability of this mechanism in the absence of little more than a week for the succession in power to become effective“Undoubtedly, this latest attempt to remove Trump from power” will feed back his speech as a martyr from whom they have tried to usurp the Presidency, and although this is not sustained in rational terms, it will work well emotionally among his supporters and a good part of the Republican voters, “he says. All this at a time when a certain internal struggle will open in the Grand Old Party.

“The other question is legal: once the application of the 25th amendment has been ruled out, the impeachment presented alludes to incitement to insurrection by the acting president,” adds Bayón. Although impeachment is impeachment, and this “may end up being voted on in the Senate after Biden’s inauguration”, the main consequence of his approval would be the “disqualification for life, which would put him out of the game for 2024.”

“Here, unlike the first consequence that I pointed out, the fact that if it is not applied, politically and at the expense of what the courts might dictate,” would go unpunished “some really serious facts that we can qualify as an attempt to subvert the constitutional order and the succession in power“, sentence the political scientist.

Other sources consulted insist on the section of the story. “The truth is that they put you in a good position if you don’t get ahead, especially because it places you as a victim“And that has” a lot of impact “among his voters. In addition, a figure that can be very touched around this process is that of Mike Pence. The outgoing vice president, always loyal to Trump, has distanced himself from his boss in recent years weeks, but “without being too noticeable”.

Pence’s goal is “to be a little equidistant” in calculating whether he has a chance of being a candidate within three years. “It could only be and win the elections if it covers a wide spectrum of voters, From the staunch Trumpists to the longtime Republicans“In any case, there is time for that and the party” may or may not rearm itself, either around Trump or with another candidate. “