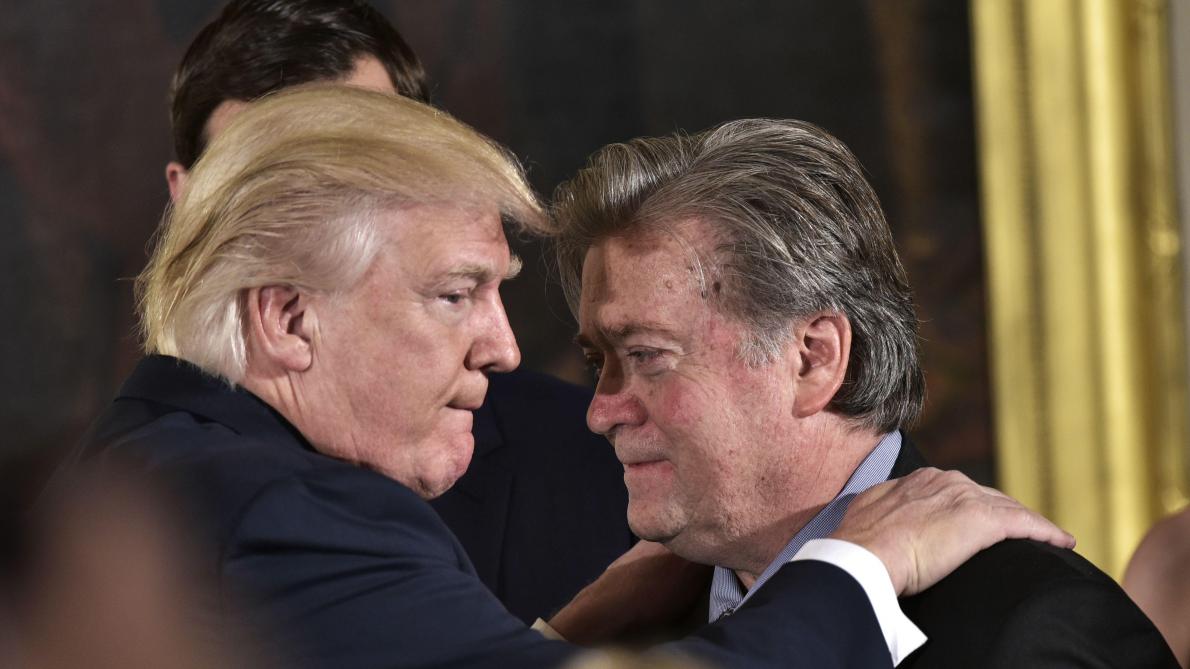 Accused of embezzling funds supposedly intended for the construction of a wall on the United States-Mexico border, Bannon obtained the president’s clemency.

“President Donald J. Trump pardoned 73 people and commuted the sentences of 70 others,” it said in a statement. Neither Mr. Trump nor his children are on the pardon list.

Mr Bannon, 66, was one of the architects of Donald Trump’s victorious presidential campaign in 2016 before being pushed out by the Republican billionaire.

He obtained the president’s clemency when he was accused of embezzling funds allegedly intended for the construction of a wall on the United States-Mexico border.

“Mr. Bannon was an important leader of the conservative movement and he is known for his political expertise,” the White House statement added.

This grace had been announced previously by several American media.

According to the New York Times, Mr. Trump made the decision to pardon his former adviser at the last minute after speaking with him on the phone.

The presidential pardon would overturn the charges against Steve Bannon if convicted, according to the newspaper.

Other pardoned people include his former fundraiser Elliott Broidy, who was prosecuted for an illegal lobbying campaign, as well as American rapper Lil Wayne who pleaded guilty last month to possession of a firearm, an offense for which he faced up to ten years in prison.

In recent months, Mr. Trump, who is due to fly to Florida on Wednesday morning, has already used this presidential power and exonerated collaborators and relatives. Some had been convicted as part of the investigation into possible collusion between Russia and its campaign team in 2016.