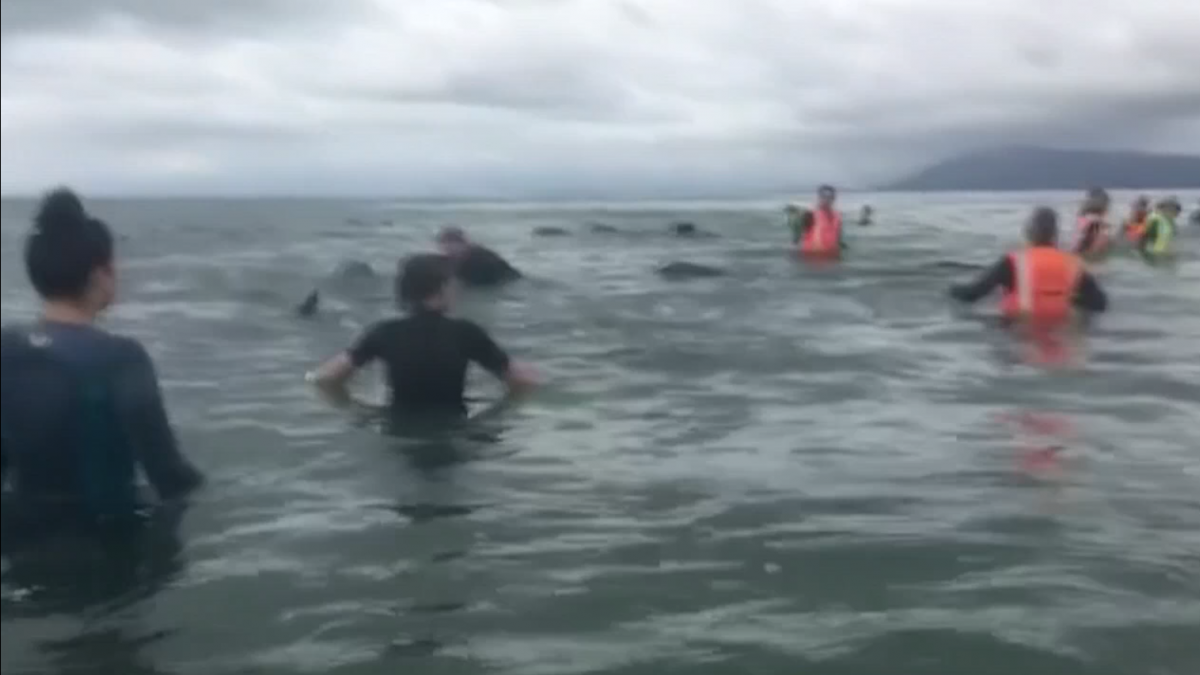 Dozens of whales, which had been rescued by rescue teams, were left stranded for a second Once near Farewell Spit, the longest natural sandy area in the world, located northwest of New Zealand’s South Island, official sources reported Tuesday.

Of the 40 pilot whales (“Globicephala melas”) that were taken to the open sea by rescue teams, at least 28 were again stranded and they were still alive, While it was unknown what had happened to the rest, according to the New Zealand Ministry of Conservation published on Facebook on Tuesday.

From the early hours of this Tuesday, teams of experts in marine animal medicine and volunteers were looking for regroup the whales to release them together in the sea.

The authorities reported the day before that 9 whales out of a group of 49 had died in the first stranding.

In 2017 about 700 whales, of which 250 died, they were stranded on Farewell Spit, a 34-kilometer-long stretch of sand located in the touristy Golden Bay area.

The largest cetacean stranding occurred in 1918 in the Chatham Islands, about 800 kilometers off the southeast coast of New Zealand, when about a thousand pilot whales were stranded in that remote place.

The scientists they have not yet been able to explain why whales sometimes deviate from their routes and get stranded in shallow waters, although the possibility that they get lost attracted by noise pollution or guided by a disoriented group leader is considered.