During the live broadcast of the TOKYO GAME SHOW 2021 ONLINE, KOEI TECMO and the developer Omega Force have revealed the release date and new information for DYNASTY WARRIORS 9 Empires the last game his renowned franchise DYNASTY WARRIORS. The strategic battle experience will launch across Europe on February 15, 2022 for Nintendo Switch ™, Xbox Series X | S and Xbox One consoles, on Windows PC via Steam®, PlayStation®4 * and digitally on PlayStation®5.

You can watch the action-packed trailer with a first look at the game at the link below.

Combining the 1 vs. 1,000 of DYNASTY WARRIORS With the addition of strategic elements, including unit control, DYNASTY WARRIORS 9 Empires sets players on a quest to conquer ancient China by both sword and strategy. The battles have changed drastically in relation to the previous installments of the saga thanks to the new feature: “Assault on the Castle”. With areas around castles turned into battlefields, skirmishes turn into “Castle Assault” Encounters, in which users fight for control of the castle.

Users will be able to use “Siege Battles with Troops” to invade the enemy base, taking advantage of the siege weapons while giving instructions to the troops during the battle. Once the Players pass through the enemy gates, they will proceed to the “Decisive Battle” and can claim victory after defeating the commander. Although all enemy officers will rejoin the battlefield for one last fierce Resistance, players will have a chance to defeat and capture them.

Another aspect that will have a great influence in the battle will be the “Secret Plans”. These “Secret Plans” chosen in the battle preparation phase will now be activated as missions during battles, each “Secret Plan” will have its own conditions for success or failure. Once the success conditions are met, buffs on allies will be triggered, including “Capture Surrounding Bases,” “Defeat Messengers,” “Escort Engineers,” and more.

Each battle is marked by attack and defense, both aspects focused on the activation of the “Secret Plans”, offering a great strategic battle experience. Conversely, enemies can also perform “Secret Plans”. By preventing the enemy’s “Secret Plans” you will gain an advantage in battle.

Army affinity will also play a key role in DYNASTY WARRIORS 9 Empires, as each officer unit will be assigned a military unit type as a new officer characteristic. The three units will have their strengths and weaknesses: Infantry

In addition to the battle, the political intrigue and domestic system so popular in the Empires series will also be featured. Following the kingdom goals set once every half a year, the kingdom the player belongs to is striving to unify China. Each month, Players will be able to issue orders to search for new officers to join the kingdom, purchase arrows and items, and execute a variety of military, economic, and diplomatic orders depending on the player’s position.

KOEI TECMO Europe It has also revealed that fans of the DYNASTY WARRIORS saga will be able to get hold of the special version of the DYNASTY WARRIORS 9 Empires 20th Anniversary BOX game, which will be available exclusively through the KOEI TECMO Europe store. This must-have anniversary box includes a 20th anniversary character art book, a set of 94 people cards with a display stand, the game’s soundtrack, and a copy of DYNASTY WARRIORS 9 Empires, all contained in a box. Dynasty Warriors-themed collector. To find out more about this special edition and future offers, be sure to sign up for the KOEI Tecmo Europa online store mailing list 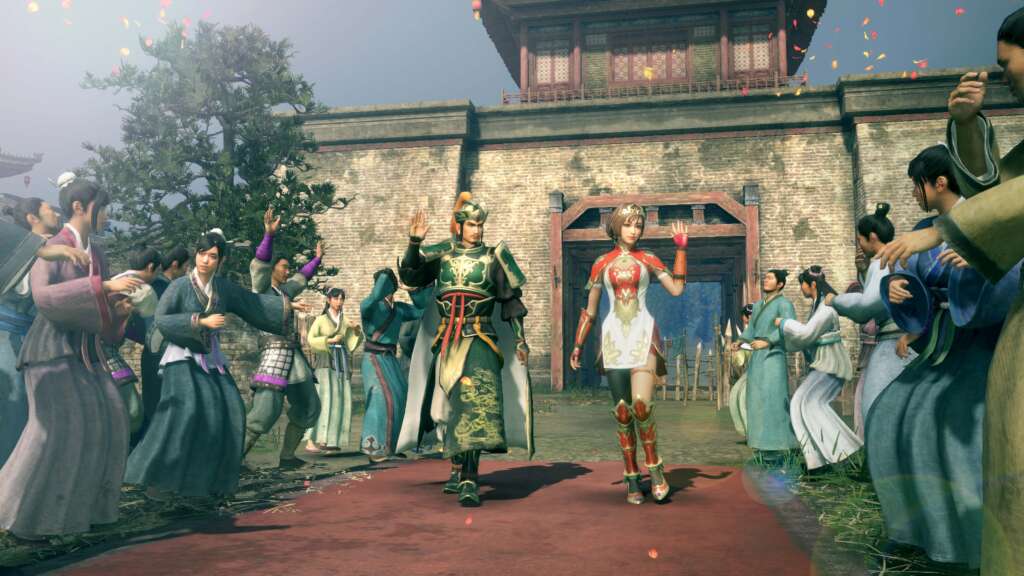 MacOS Monterey is now available, so you can download it to your Mac | Technology