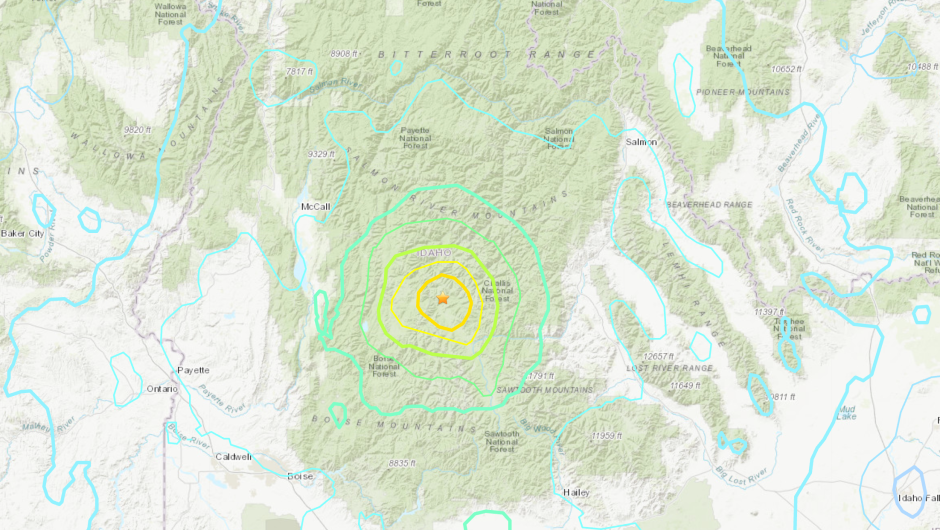 (.) – An earthquake of magnitude 6.5 was recorded on Tuesday night in Idaho, United States, northeast of the city of Boise, according to the United States Geological Survey (USGS).

The seismic focus was located 10 km deep and the epicenter was located near Beaver Creek along the Salmon River mountains, according to the USGS report.

Boise police wrote on their Twitter account that they also felt the quake: “There are no reports of damage at this time. Stay safe.

Yep we felt it too. No reports of damage at this time. Stay safe out there Boise. Call us if you need us.

At the moment, there are no immediate reports of injuries, but residents of several cities reported on social networks having felt the tremor.

During the subsequent hours, aftershocks were felt in southwest Idaho. The USGS report at least ten minor earthquakes, all of them in rural areas. The largest was one of magnitude 4.6 more than 64 miles east of Cascade, Idaho.

The Valley County Sheriff’s Office noted on its Facebook page, “We have not received any reports of significant injuries or damages.”