(. Spanish) – A new quake was recorded on Friday night in California.

According to reports from the United States Geological Survey (USGS), it was of magnitude 7.1. Initially it registered at 6.9.

The seismic focus was located 0.9 km deep and the epicenter was located 17 km north-northeast of Ridgecrest, in southern California.

This Thursday a 6.4 magnitude earthquake shook the state and had more than 1,400 aftershocks.

The Los Angeles County Fire Department tweeted Friday that there was a shake but no damage is recorded. The tremor was felt in Las Vegas, like the earthquake the day before.

Donald Castle, who lives in Porterville west of Ridgecrest, said his house shook in 20-25 seconds.

“It was more shaking than the one we had on July 4. It lasted longer and was stronger, “she said.

The NBA Summer League game between the New Orleans Pelicans and the New York Knicks in Las Vegas was delayed Friday after reports of the earthquake. Markers and speakers near the stadium roof shook when the earthquake struck.

Multiple fires and injuries have been reported in Ridgecrest, about 240 km from Los Angeles, after Friday’s earthquake, Kern County spokeswoman Megan Person told .. An emergency operations center is being established in Bakersfield, she said. 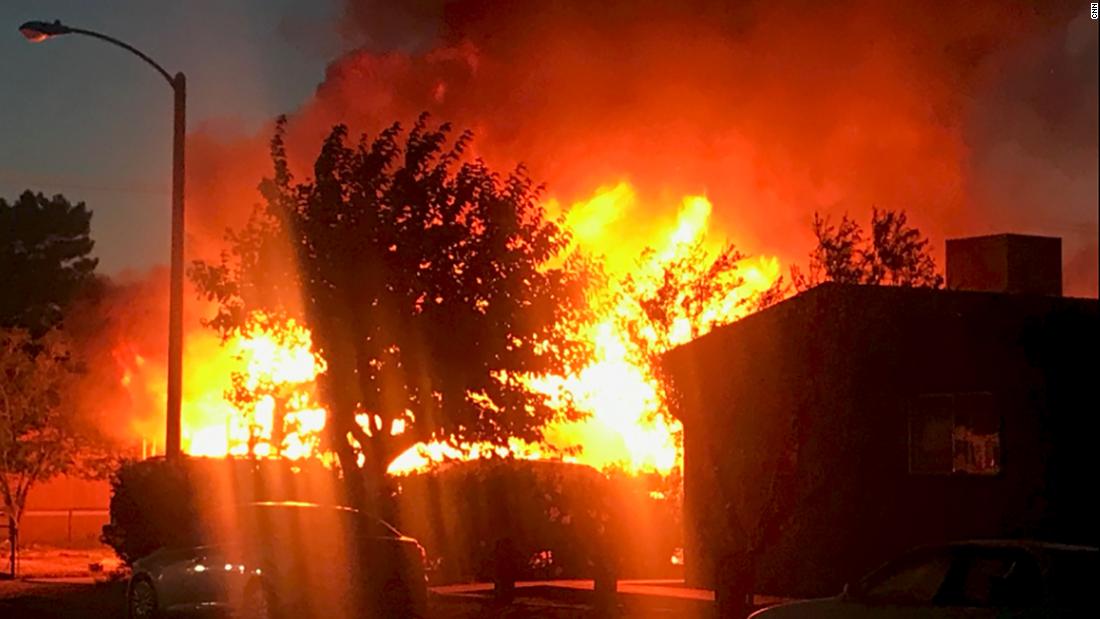 Thursday’s earthquake, centered near Ridgecrest, 241 kilometers north of Los Angeles, was the strongest in southern California in nearly 20 years, prompting the mayor of a city and then the governor to declare the state of area emergency.

Experts said another quake was likely.

Dr. Lucy Jones, a Caltech seismologist, said there was a 1 in 20 chance that an earthquake was followed by something larger, referring to Thursday’s 6.4 earthquake in California.

In a tweet to his verified twitter account, he wrote: “Like any earthquake, today’s 7.1 magnitude quake has a 1 in 20 to be followed by an even stronger one. Smaller earthquakes… one of magnitude 5 is probable and one of magnitude 6 is quite possible ».

Previously, she wrote: “Do you know we say there is a one in 20 chance that an earthquake will be followed by something bigger? This is that 1 in 20 times ».

The 7.1-magnitude quake on Friday was five times larger than Thursday, but released 11 times more energy than the first, . meteorologist Brandon Miller said.

California Governor Gavin Newsom declared a state of emergency for San Bernardino County after the second major earthquake on Friday.

A state of emergency was declared on Ridgecrest on Thursday following the first 6.4-magnitude earthquake.