The accumulated snow in the gutters has given way to rain and fog at the start of Friday’s stage of the Monza Rally. The two passes through the ‘Scorpion’ stage and its little more than 13 kilometers have allowed us to see alternatives, as many as there have been small problems among the priority drivers of the WRC. A stage, with a slippery track, in which Esapekka Lappi has shone with his own light and has positioned himself as the new leader of the rally. The M-Sport rider asserted his scratch in SS3 to surpass Dani Sordo, fastest rider on the first stage of the day.

In the face of wet track conditions, tire mounting on the SS2 has been unanimous with the use of 4 or 5 Michelin Pilot Sport FW3 tires (rain). But nevertheless, this fact has not occurred in SS3, as Esappeka Lappi has been discarded from this standard mount and has decided to place four Michelin Pilot Alpine A4 tires (snow without studs), finding a greater grip than its rivals and thus forging its leadership. A circumstance that has undoubtedly marked the performance of the M-Sport rider, Possible ‘outsider’ in the Monza Rally by not having anything at stake. 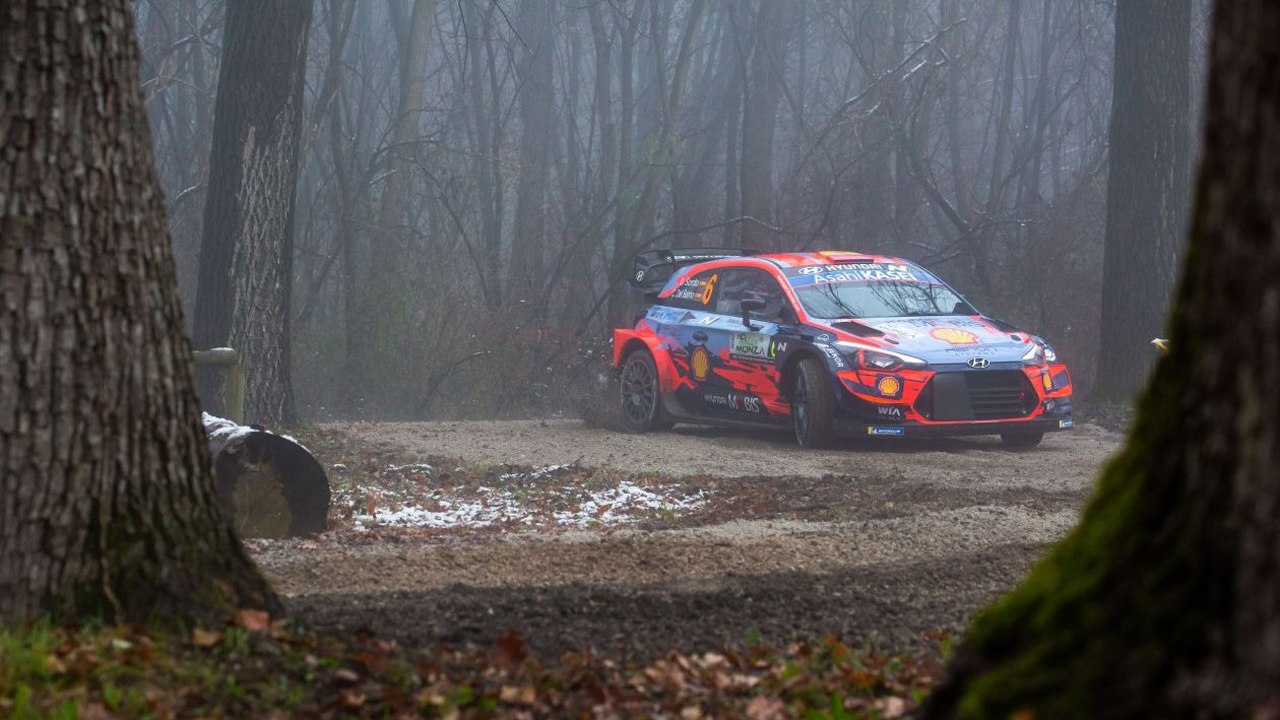 Dani Sordo was the fastest rider on the second stage of the test, the first of the day.

Be that as it may and going back to the beginning, the first stage of the day ended with scratch by Dani Sordo. The Hyundai driver acknowledged that the changes made to the i20 overnight had allowed him to gain confidence. In fact, Dani Sordo managed to endorse Esapekka Lappi 4.6 seconds to become leader of the test. A result that contrasted in any case with the problems of his teammates. However, Thierry Neuville made a mistake and pumped his Hyundai i20 WRC Coupé, wasting half a minute. For his part, Ott Tänak had to deal with a poorly closed door in his car.

The good performance of Lappi, confirmed in the end in the SS3, also had its own contrast within M-Sport. However, Teemu Suninen accused of engine problems in the first section, while Gus Greensmith with suspension damage he had to retire on the second leg in the morning. Esapekka Lappi’s scratch ahead of Dani Sordo and Thierry Neuville was thus somewhat overshadowed, although more than for this by the good work of an old acquaintance of the WRC’s premier class. However, Andreas Mikkelsen managed to sneak his Skoda Fabia Rally2 Evo in fourth position.

In fact, Andreas Mikkelsen managed to climb to third place overall. While Esapekka Lappi and Dani Sordo have been separated by 3.3 seconds, the Norwegian driver managed to get on the provisional podium with a ‘Rally2’ vehicle after giving up 22.2 seconds with the leader, two tenths less than Sébastien Ogier’s losses. For its part, Ott Tänak ranks fifth after beating Elfyn Evanswhile Kalle Rovanperä is seventh. Adrien Fourmaux as the leader of the WRC2 category occupies eighth position overall, while Thierry Neuville has placed ninth.

Classification AFTER THE ss3 of the 1st Monza Rally

The Monza Rally continues this Friday (12: 38h) with the celebration of the last sections of the first stage of the test. Drivers and co-drivers face a total of 42.75 kilometers against the clock.