Eugenio Derbez pronounces on the process of separation of Aislinn Derbez and Mauricio Ochmann.

Eugenio Derbez broke the silence about the divorce of Aislinn Derbez and Mauricio Ochmann in a recent interview with El Heraldo de México where he pointed out that his daughter’s marriage crisis began on the trip they made to Morocco for the recordings of the first season of the series “On Trip with the Derbez”.

“Somehow all this started in Morocco, perhaps it was not what caused them to separate, but it did accelerate the process,” Derbez admitted in the interview with the Mexican newspaper.

When asked if the issue of Aislinn Derbez’s divorce will be addressed in the second season of his family series, the Mexican actor replied: “It was a great discussion to know if we were going to talk about what happened with my daughter (…) We didn’t know whether to talk about it or not, because it was one of the most complicated things we’ve been through as a family ”.

The 59-year-old interpreter emphasized that what characterized the success of the first season of the series “De Viaje con los Derbez” was the honesty they gave the audience throughout each of the episodes, so they hope to continue showing themselves in a transparent way with the various topics they address in the new season.

Without delving into details, Derbez admitted that the issue of the separation of Mauricio Ochmann and Aislinn Derbez will be one of the issues that will be addressed in the second season of the series that so far does not have a release date. However, the comedian reiterated that the dynamics of his family project changed completely with this new season.

“It was the first time that we traveled with my single children and we added Fiona (their pet), the girls have grown up and the dynamics among the whole family changed a lot,” said the actor.

Unlike the first season of the series “De Viaje con los Derbez”, the new season of the project will focus on a family trip they made by land in the United States. 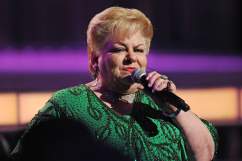 Aislinn Derbez and Mauricio Ochmann: When did you announce your separation?

In mid-March 2020, Aislinn Derbez and Mauricio Ochmann announced their separation after four years of marriage and a daughter in common. At that time, the couple of actors were immersed in strong rumors of a possible marital crisis.

“We have decided for some time to strengthen the friendship relationship and stop the couple relationship,” said Derbez and Ochmann in an excerpt from the extensive press release they released in March on the Instagram platform.

In June 2020, Mauricio Ochmann filed Aislinn Derbez’s divorce claim in a court in Los Angeles, the city where they had resided since they got married.

In the legal complaint, Ochmann maintained that Derbez’s separation was due to “irreconcilable differences” and requested joint custody of Kailani Ochmann Derbez, their little daughter in common who was born in February 2016.

In the documents of their separation, Mauricio Ochmann asked a California Court not to impose “any type of financial support” in favor of Aislinn Derbez, and that the debts of the assets acquired during the marriage be distributed “equitably”.