Everything we hope to see at the new Microsoft Surface event

A new event of Microsoft It is just around the corner, with several updates in folder for the Surface line. This week, the Redmond firm would introduce five new products, of which four would arrive equipped with Windows 11. The remaining, meanwhile, would be a renewed version of its foldable Android smartphone.

The announcements that Microsoft prepares for the Surface event would be varied. On the one hand, the appearance of devices that would continue a well-known design line is expected, but with changes in the hardware, as would be the case of the Surface Pro 8. But on the other, there would also be room for very important aesthetic and functional changes, as would happen with the Surface Book 4. And in the bet for a new dual-screen mobile, the intention would be to amend the errors of the original Surface Duo.

The Microsoft Surface event will be held this Wednesday, September 22, and then we will tell you everything we hope to see in it.

The Surface Book 4 would arrive with a radical redesign

As we mentioned at the beginning, the most drastic change in design and functionality would be seen in the Surface Book 4. Unlike its predecessors, would not have a detachable screenInstead, it would adopt a mechanism to regulate the location of the panel. Thus, users could “bring” the screen to alternate the interaction between tablet and laptop, but without detaching it from the structure.

Tom Warren, from The Verge, shared on Twitter some renderings that would be of the Microsoft Surface Book 4. According to the journalist, the design looks a lot like the final version of the device.

Another important novelty would be the inclusion of a variable refresh rate of up to 120 Hz, to take advantage of the support included in Windows 11. If the rumors prior to this Microsoft Surface event are correct, the Surface Book 4 would arrive with an NVIDIA RTX graphics; As for processor, the information is more vague, but it is mentioned that it could be 6 or 8 cores.

The other important fact is that the name “Surface Book 4” might not be the definitive one. Some reports suggest that Microsoft would choose to name this device Surface Laptop Studio or Surface Laptop Pro.

Photo by Przemyslaw Marczynski on Unsplash

Microsoft is also expected to introduce new features in the Surface Pro line. One of the new devices from the Redmond firm would be the rumored Surface Pro 8; the 2-in-1 would have an aesthetic inspired by the Surface Pro X, and a slightly larger screen than the Surface Pro 7 and with a refresh rate of 120 Hz.

The other great novelty would be introducing Thunderbolt support, something that so far Microsoft has not offered in other Surface. It is even mentioned that the Surface Pro 8 could ditch the USB Type-A ports, although it is unclear if it would be in all or only in models with a specific hardware configuration.

The Surface Pro 8 would arrive with an eleventh-generation Intel processor and support for removable solid-state drives. A leak over the weekend would confirm these assumptions.

The Surface Pro X update would be more modest. In the design section, it would not present notable changes, but there would be changes in the components. In this case, the hardware update would have the purpose of obtaining greater revenue from the features of Windows 11. Specifically, the inclusion of a new processor and screen with a refresh rate of 120 Hz is mentioned. In addition, in the Microsoft event we could see for the first time a version of the Surface Pro X with only WiFi connectivity. 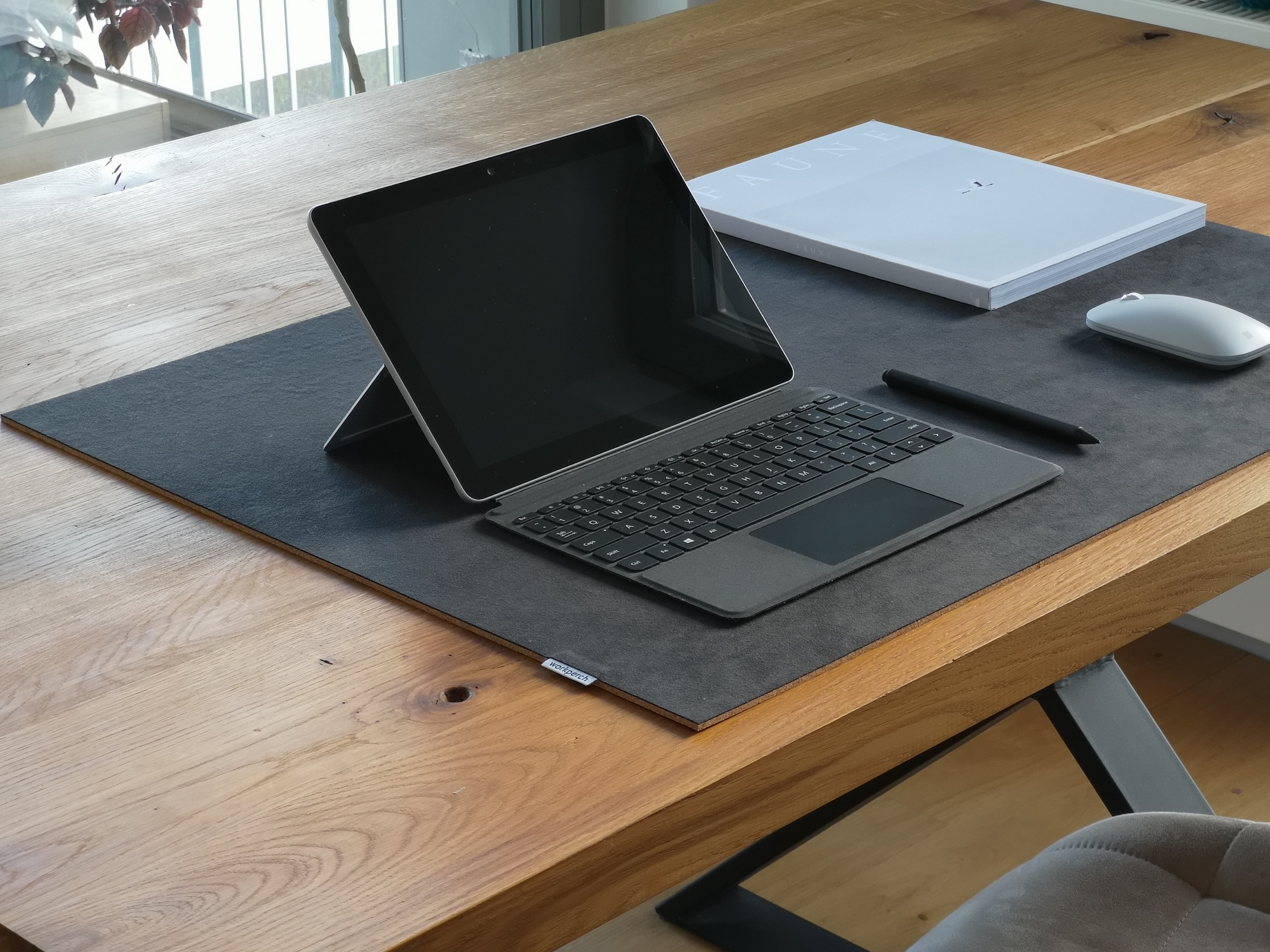 Photo by Workperch on Unsplash

The successor to the Microsoft Surface Go 2 would also see the light this week. The most relevant of the compact tablet would be in a refresh of specifications; Although I would not abandon the Pentium Gold 6500Y processor in the entry version, yes we would see a more powerful variant with Intel Core-i3 chip. An improvement in RAM memory and in the type of storage in the most economical model is not ruled out.

It is a fact that we will see a new foldable Android smartphone at the Surface event. Specifically, it concerns the Surface Duo 2, whose design was already seen in a leak. The dual-screen mobile would arrive with an immense three-camera module on the back, as an aesthetic highlight.

Microsoft would try get as far away from the original Surface Duo as possible, which was heavily criticized for its outdated hardware and software issues for the dual-screen setup. In this case, the phone would include a Qualcomm Snapdragon 888 processor, 8GB RAM, and 5G connectivity as the main features.

In addition, according to the certification of the Federal Communications Commission of the United States (FCC), the Surface Duo 2 would arrive with wireless fast charging and support for UWB or ultra-wideband.

A catalog with renewed accessories?

The Microsoft Surface event would not be exclusively to present new equipment, but also to renew the list of compatible accessories. Among the announcements there would be room for new Type Cover, the covers with built-in keyboard, and for a renewed Surface Pen. In the case of the stylus, the inclusion of haptic feedback would be the highlight.

All Microsoft announcements will be in Hypertext. The presentation of the new Surface products is Wednesday, September 22 from 11 a.m. ET.