FaceTime is coming to Android, but it won’t be with iMessage

Facetime can be used on Android and Windows 1:08

New York (CNN Business) – One of the most surprising announcements in Apple’s Developer Conference keynote address, WWDC 2021, wasn’t a new feature for their customers, it was something new for Android and Windows users.

As part of the iOS 15 presentation, Apple said that users of other operating systems will be able to join FaceTime calls when invited via a link sent by an Apple user. The FaceTime announcement was one of many other software updates that were released for the iPhone, iPad, and other Apple products.

The move that allows non-Apple customers to access one of its apps is unusual for the iPhone maker, causing some to wonder if the access could be expanded to other popular Apple software products.

For a long time, part of Apple’s appeal has been exclusivity — you have to buy the company’s devices to access its high-quality software, and vice versa. But FaceTime’s decision appears to be an acknowledgment by Apple that there are competitive benefits to allowing non-Apple customers to use its software products, according to industry analysts.

“Apple seems historically more willing to open some of its services outside of its ecosystem [de hardware] as a way to drive adoption, and also as a way to compete more effectively against other large-scale technology players such as Facebook and Google, “said Tom Forte, Senior Research Analyst at DA Davidson. Zoom’s success during The pandemic may also have shown Apple the revenue potential of an open and refurbished FaceTime, Forte added. 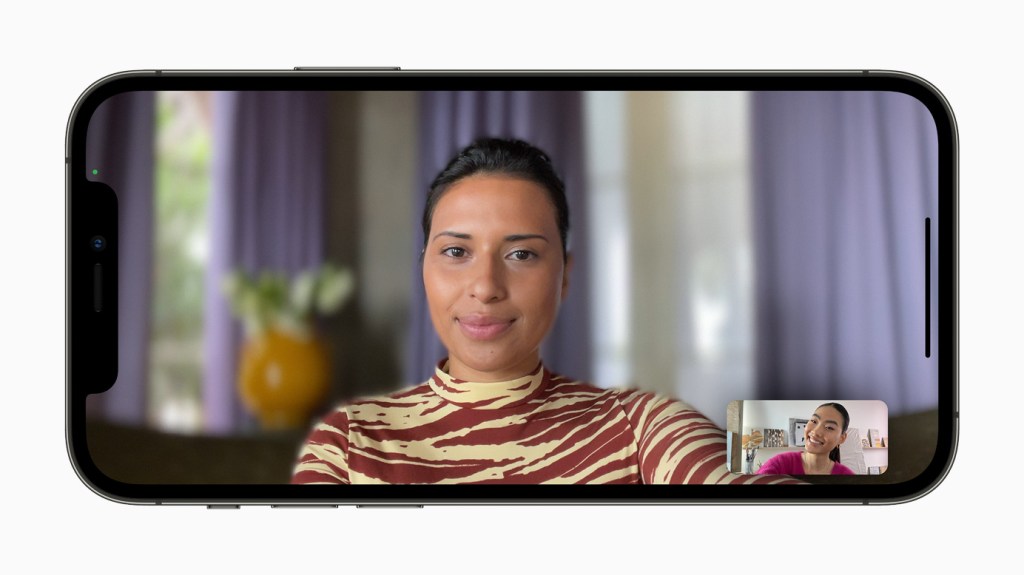 Beyond that, the measure could be designed to help with Apple’s antitrust problems. “It puts them in a better position from a regulatory perspective,” said Angelo Zino, a senior analyst at CFRA Research. “The more inclined they are to open up the ecosystem to other external participants, the better they look.”

But there are still limits to how far Apple can go in the direction of openness, limits perhaps best exemplified by another of the company’s apps, iMessage.

iMessage is loved by iPhone users for its wide range of features that go beyond traditional SMS messages, including the ability to react to text messages and see when your friends are typing. The app also uses end-to-end encryption, so there is no way for Apple, or anyone else, to see user conversations.

Recently, Google has tried to replicate some iMessage features, suggesting that many Android users – far outnumbering iPhone users globally – would be eager to get access to Apple’s little blue text bubbles.

For the most part, though, analysts say Android users shouldn’t wait for a non-Apple version of iMessage, both because of the competitive landscape and because of iMessage’s power in selling Apple products.

“Apple is taking a very pragmatic view of what applications extend beyond Apple devices,” said Geoff Blaber, CEO of CCS Insight. “FaceTime faces increased competitive pressure from video conferencing rivals and is more useful if it is available on all platforms. This is not the case with iMessage, which is a deep part of the Apple experience and the ‘continuity’ between iPhone, iPad and Mac “.

Apple faces competition from iMessage, not only from Google, but also from WhatsApp, an app owned by Facebook. Apple has been working to make iMessage look like social media platforms to better compete with WhatsApp.

But WhatsApp still has a major advantage over iMessage: It is available on a variety of devices, making it a default option for people who want to communicate via operating systems.

As well as Apple’s decision to wait more than a year after the pandemic to expand access to FaceTime, which caused it to lose the opportunity to become the preferred platform for virtual family dinners and work meetings, to keep iMessage as a software. iPhone-only could prevent iMessage from becoming a default cross-device messaging app.

The General Directorate of Traffic reminds us how we must use the seat belt, the most important element of our...

Nothing gives more pleasure than seeing your vehicle in perfect condition. Cleaning it on the outside is something simple to...

Facebook plans to change its name, according to a report

This Ryzen 3 Chromebook Laptop Weighs Only 1.5kg And Is Now € 100 Off | Technology

In this article, ComputerHoy could receive a commission for your purchases. More information. Chromebooks have arrived with force in this...

Weidmann resigns after ten years in the presidency of the Bundesbank

Quentin Tarantino says Kill Bill 3 could be his last movie