An interesting option to experiment at home with both toys. 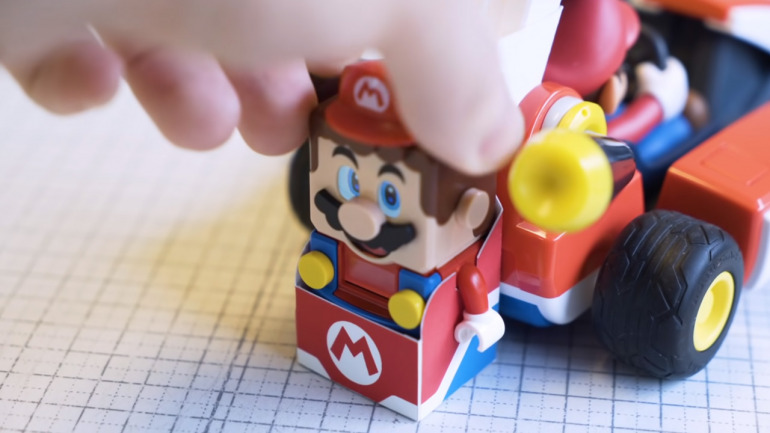 The 35th Anniversary of Super Mario Bros. left us not only a reissue of three of Nintendo’s favorite plumber’s three-dimensional games for the Switch, but also a wide variety of products that brought Mario’s fun to other areas such as toys and parks. thematic.

Among these products that transcend the traditional video game, LEGO Super Mario Bros. and Mario Kart Live: Home Circuit stood out, but is it possible to combine the game mechanics of both products? Fans have the answer, and surprisingly, the mix of both toys goes beyond looking like something out of Mario Kart: Double Dash, but rather a experiment that integrates in a very good way in the playable aspect.

The YouTube channel Playfool published a proposal a few days ago that shows how a small LEGO Mario riding basket on the back of the Mario Kart Live Kart. At the same time they have made LEGO recreations of augmented reality signs from Mario Kart Live, fully functional, and several codes that LEGO Mario can detect in motion when riding on the kart.

Those who made this curious combination of both games also shared the basket patterns and track elements so that anyone can print them out and try to make a hybrid track at home. It should be noted that this is an unofficial creation of fans, so it is everyone’s responsibility to use it.

At the end of the day this crossover makes it clear that one of the main objectives of both LEGO Super Mario and Mario Kart Live is being met: invite the user to be creative in creating their own entertainment environments. If you want to know more about Mario Kart Live, we invite you to see five incredible circuits that fans have made, to know more about LEGO Super Mario you can check this video.