Skip to content
HomeSportsFC Barcelona: Serious injury to Piqu’s ligaments: between three and five months off

I was lying on the Wanda’s lawn after the injury. EFE

Serious injury to Gerard Piqu that suffers a grade three sprain of the medial lateral ligament and an anterior cruciate ligament injury of the right knee, as announced by Barcelona in an official statement in which the player’s time off is not specified, but that he will be removed between three and five months. The first injury will mean two months of absence from the playing fields, but the most serious is the second, which, depending on the state of the ligament and the treatment, will go between three and five months. The worst omens were thus confirmed after the strong blow he suffered with Correa in the course of this Saturday’s match between the Atltico de Madrid and the Barça team.

At the end of the game, Barcelona had already given a first part in which they spoke of a sprained knee, which would have meant a considerably shorter time out. However, in the explorations to which the footballer was subjected this Sunday morning the injury was seen to be more serious ..

Piqu’s injury is a very hard blow for the team that was already very tight in the center position. The club tried to sign in the last summer market to Eric Garcia, but was unable to reach an agreement with Manchester City. The sports management will now have to see if it reinforces this position in view of the player’s withdrawal period. The option of obtaining the transfer of a central takes force. 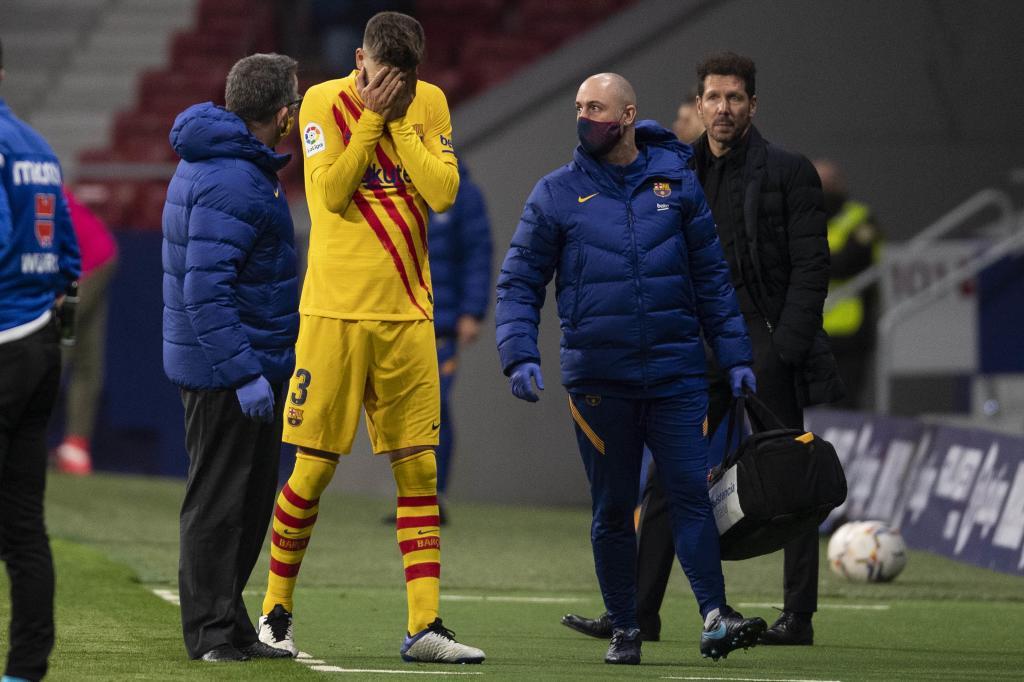 At this time, Koeman cannot dispose of Araujo that he is not yet recovered from his injury. The same thing happens with Umtiti whose knee continues to cause many problems which leaves Lenglet as the only exchange available. The Dutch coach will have to shoot De Jong, as he has done in the last matches, or with players from the reserve team.